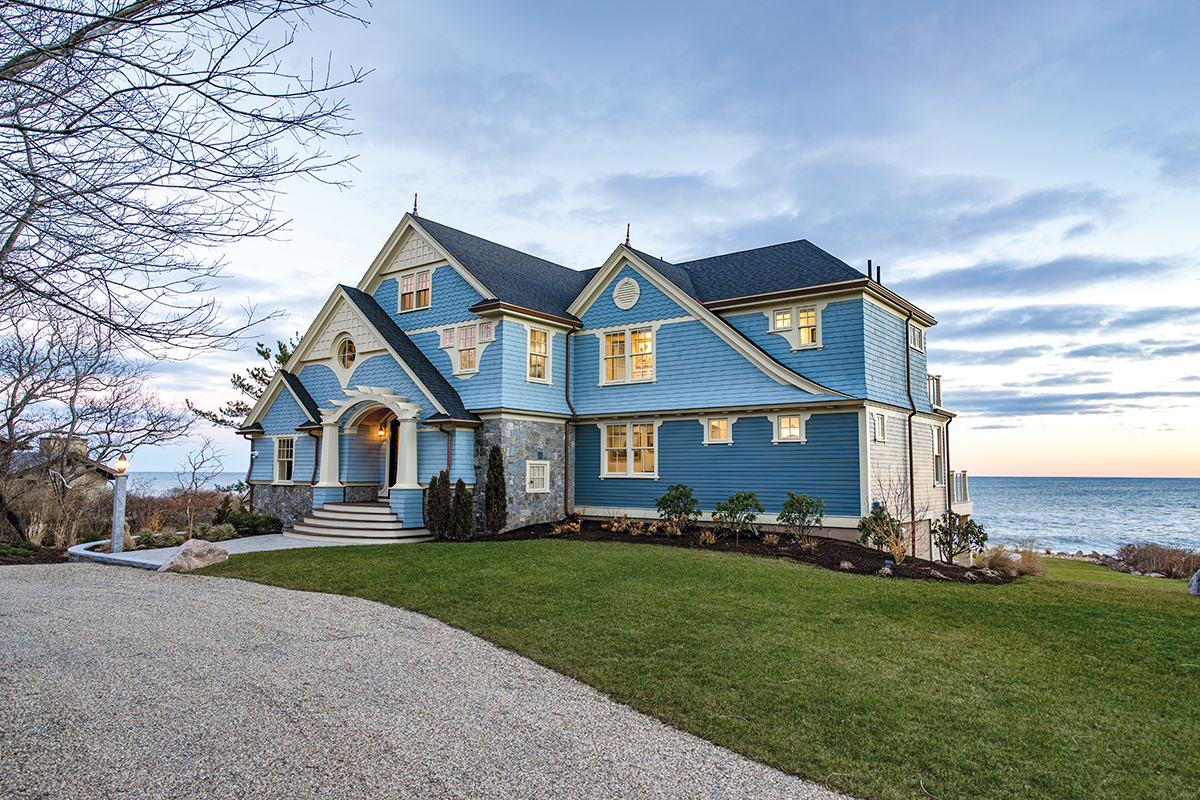 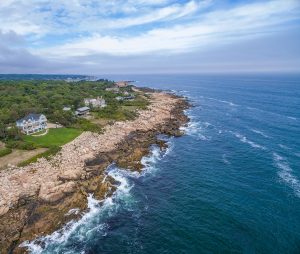 When the homeowners purchased their oceanfront property, they loved the views but considered the house an eyesore. Its deteriorating 1980s split entry failed to provide any detail or charm, and the dated finishes had been affected by the salt air. The home was stripped to the studs to build a modern shingle-style house with quality, weather-resistant materials and classic design elements. 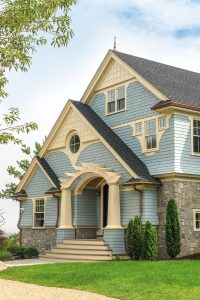 Layered heights of the new roofline add visual interest and satisfied a city bylaw that permits homes above the standard building height if they present a design sympathetic to the character of the neighborhood. Cutting back on the existing roofline using hip shapes reduced the scale of the house, and incorporating multiple gables on the front of the home contributes to its individuality. 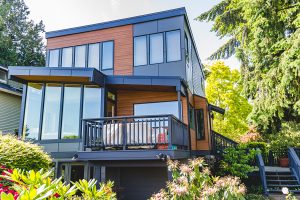 The owners of an 80-plus-year-old house were faced with their siding, windows and exterior doors being past the useful span, causing water intrusion to become a problem. Additionally, a glass enclosure appeared to have as much caulk as glass, and low-voltage, antiquated service wiring ran on the outside of the home. Challenges included reworking the wiring with current technology without tearing apart the home’s interior and updating the new siding and window scheme with low maintenance and budget-friendly products. But first, the home’s age plus multiple remodels meant no existing plans existed prior to the start of the project. 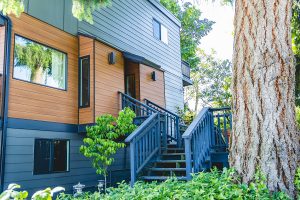 Using a laptop, modeling software and measurement equipment, an accurate as-built model was developed and used for design, quality takeoff, estimating and material ordering. To create a modern look with the warmth of natural wood tones mixed in within the client’s budget, the design centered on using higher-end products in the most visible areas of the home. The use of a rainscreen system for the siding project meant the old low-voltage wiring could be eliminated, and the new wiring could be installed behind the cladding with minor interior disruption. 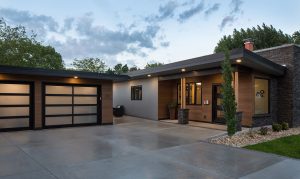 The owners wanted to preserve the style of their late-1960s mid-century home while revitalizing the look and correcting some issues associated with age. They had been dealing with the flat roof leaking near the fireplace and desired exterior siding that could replace the existing wood, which was rotting. Most of the window hardware had stopped working, and the glass had become hazy. 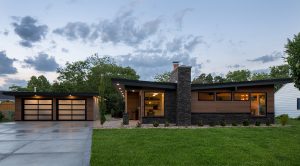 Installing a single-ply membrane roof cured the leaking problem, and a new cap and stone took care of the masonry issues on the chimney. The drainage control was improved by fabricating a larger, custom gutter that reduces the chance of water running over the top of it. Replacing the windows and entry doors boosted energy efficiency, and cultured stone took the place of brick. | QR