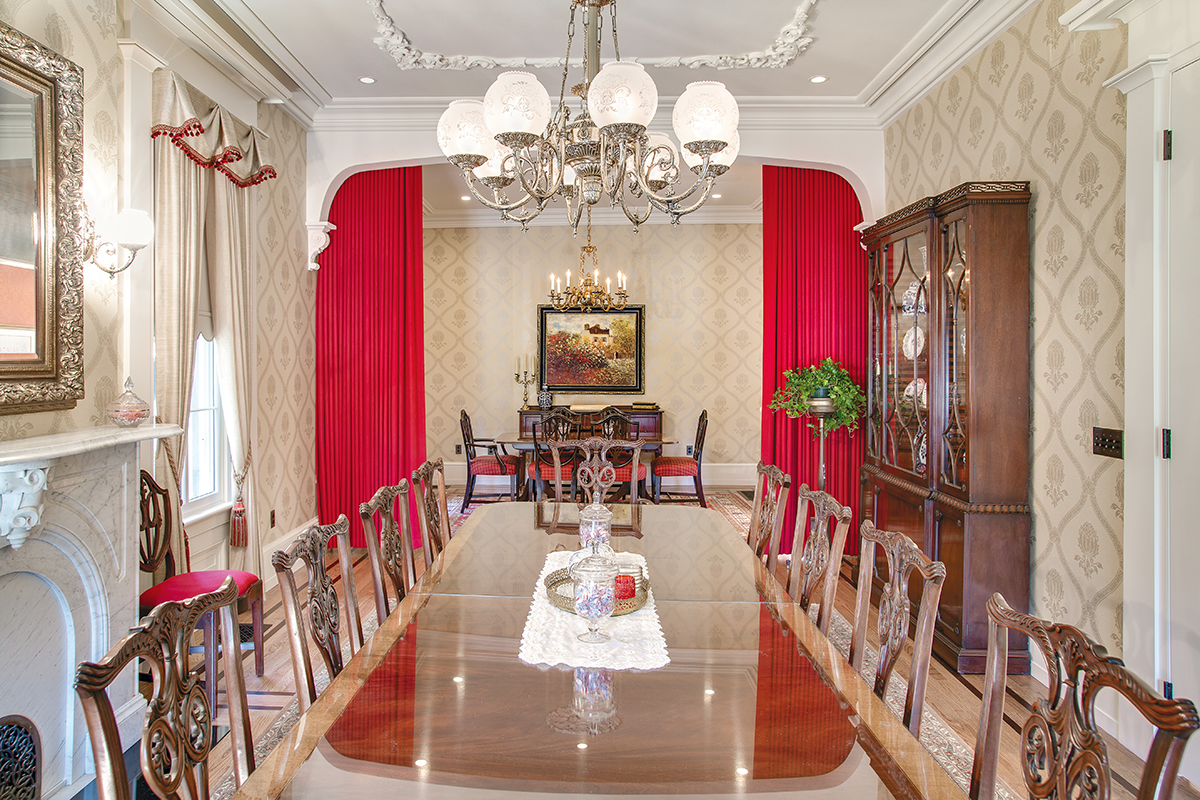 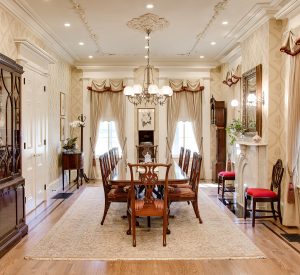 The client requested an impeccable and accurate restoration of the wood-frame house to create a functional work space for its corporate headquarters. Two drop ceilings and fake walls obscured the original plaster work, while segmented floor plans hid the initial layout. The job scope began with a selective demolition that uncovered clues layer by layer and documented genuine features. 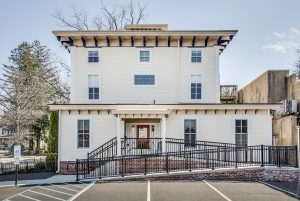 After removing the authentic details so they could be refinished off-site, the home was ultimately gutted to the brick and lathe. Material acquisition became challenging because most items could not be ordered from a supplier. Artisans formed custom plaster features and recreated woodwork, spindles and a two-story bannister to match the first-floor staircase, which was the only original portion left. 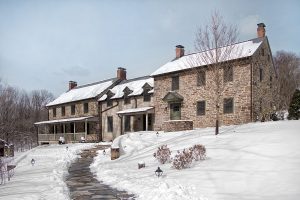 Taking two distinct stone building sited approximately 40 feet apart and creating one residence provided myriad challenges. Because zoning for the property allowing only one residence on the lot, the clients sought to maintain both original structures, so the solution was to create a central living area and kitchen between the two buildings. Openings had to be created in each building’s 18-in. thick stone walls to accommodate access to both sides; a fireplace also had to be opened to the opposite side to make it functional with the new addition. 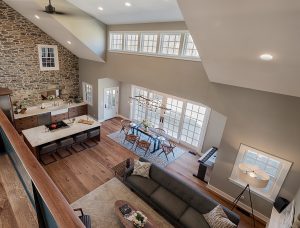 Blending the floor elevations from one side to the other was achieved through careful placement of new openings and using the wall thicknesses as an advantage in the installation of stair treads. The resulting exterior blends the 200-year-old colonial farmhouse style with a clean modern look. Careful consideration was given to the scale and proportions of the original buildings to make the central addition appear as if it had been there all along. 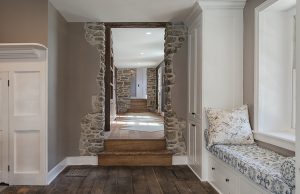 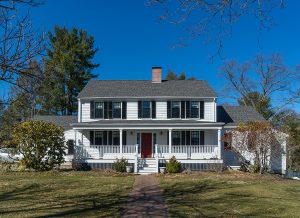 Originally built in 1729, the house went through a series of misguided renovations and window replacements that stripped many of its historical details. The owners needed more space for their family but wanted to keep the few remaining authentic elements they had left. An addition to the rear of the home with a master suite above and an adjacent guest suite expanded the living space. 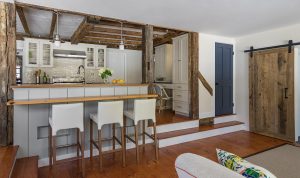 A remodeled kitchen resides in the same footprint as the old kitchen and connects to the addition, which includes a family room and a breakfast nook. Damaged second-floor framing was repaired using timber framing methods, and deteriorating floorboards were painted rather than completely removed. A post with rare sponge-painted decoration was retained and is featured in a bathroom. | QR