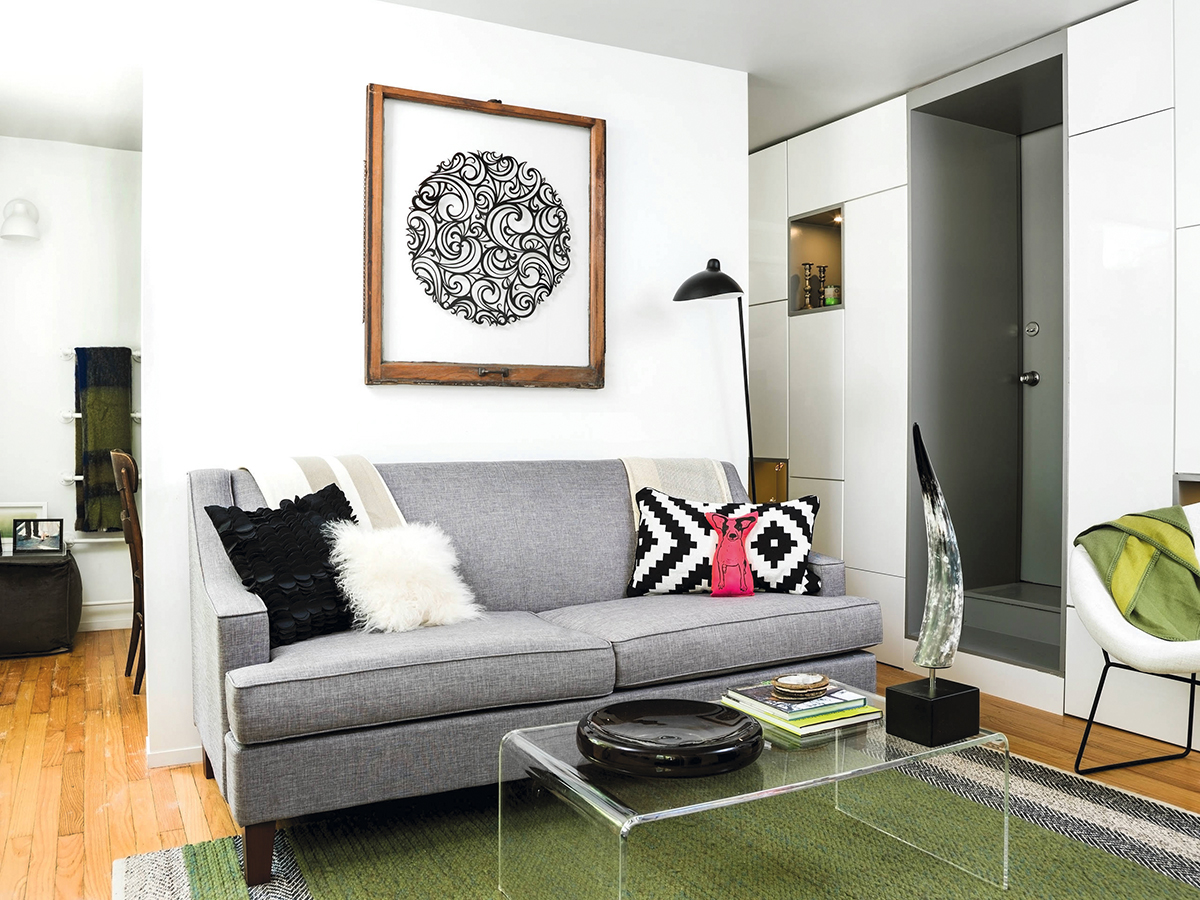 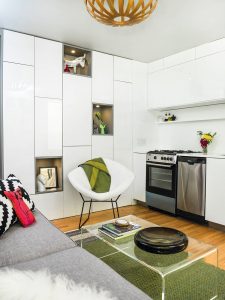 A condominium began as an abandoned studio unit that lacked character but needed to accommodate two work-from-home adults and their three dogs. They wanted the space to serve each function of their daily lives, provide spatial delineation and maintain marketability. They also desired to increase storage capabilities and introduce privacy while sticking to a tight construction budget.

Limited square footage and 8-foot ceilings presented challenges, but an entire wall of cabinetry immediately produced storage and sacrificed less than 18 inches in width. The diminutive kitchen—designed as an extension of the storage wall—includes small yet efficient appliances. A site-built, raised queen bed loft creates space for a desk, bookcase, and a closet/laundry area. 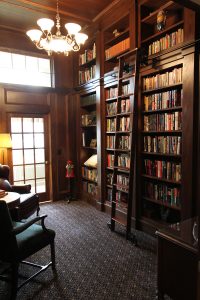 Taking an unused space and turning it into a quiet haven, a narrow room with 12-foot ceilings became a custom library to house the homeowners extensive book collection. Walls had to be built to create the interior room, but letting light in was a priority. French doors were installed in both entrances to the library, and a large window was installed above the door facing the outside wall of the house. Ample electrical outlets were placed around the room for reading lights, and a large chandelier hangs from the ceiling.

A two-side brick fireplace took up width in the narrow room, did not draw properly due to discrepancy in the heights of the two rooms sharing it and it was rarely used by the clients. Ultimately, the decision was reached to demolish the old fireplace, and the opening in the new library was blocked off and concealed behind oak paneling. On the kitchen side, the old brick fireplace was replaced with a single-sided fireplace. Additionally, part of the original unused space was allotted to creating a walk-in pantry adjacent to the kitchen. 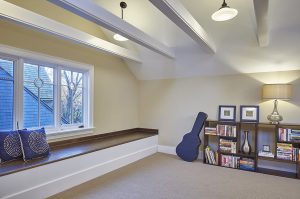 A remodel of the unfinished attic of a house built in 1895 produced a third floor that included a playroom for young children, a guest bedroom and bathroom, and storage space. Removing the existing, unused chimney cleared space for a new, full stairway to the third level, and moving a bedroom door and closet on the second floor opened enough space there for that same stairway. 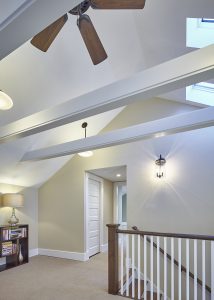 The new stairway created a larger second floor landing and hallway to separate the master suite from the children’s bedrooms. A new window on the third-floor playroom façade matches other distinctive windows in the rest of the house. The new stairway is positioned so that natural light flows down to the second-floor hallway, and skylights bring natural light into the new third level. | QR