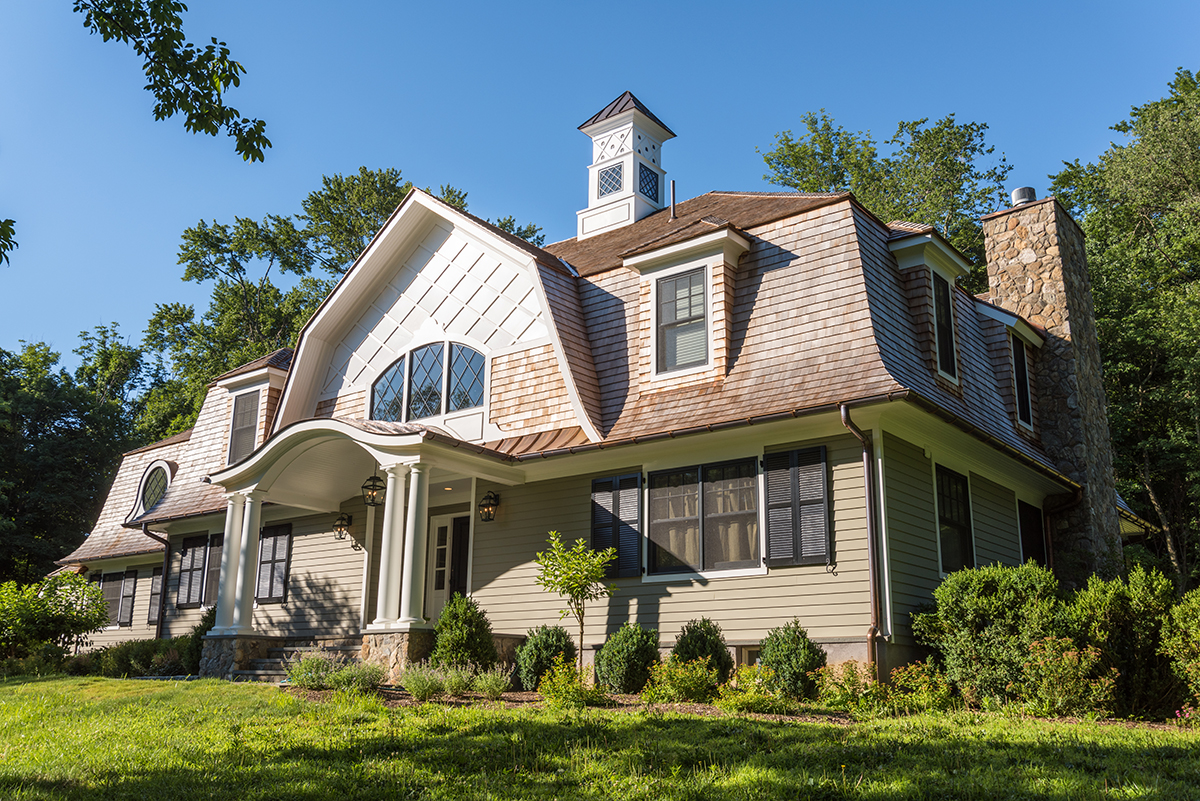 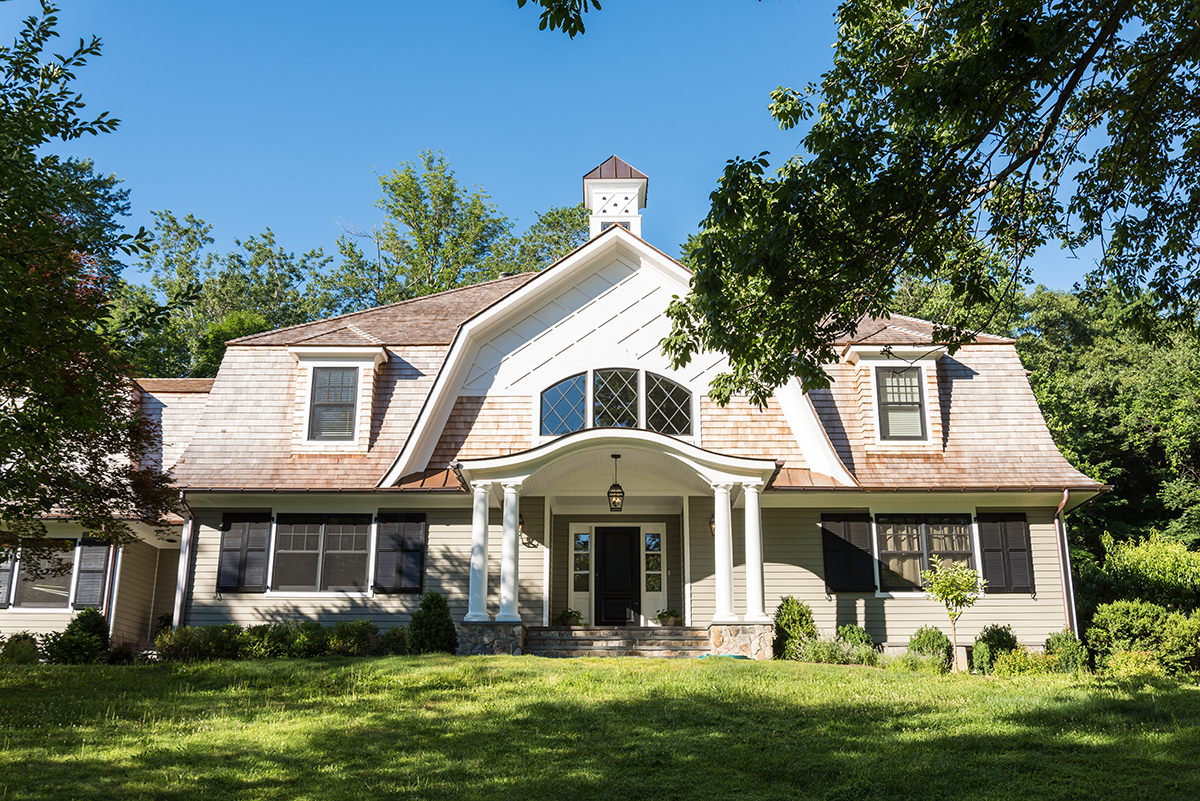 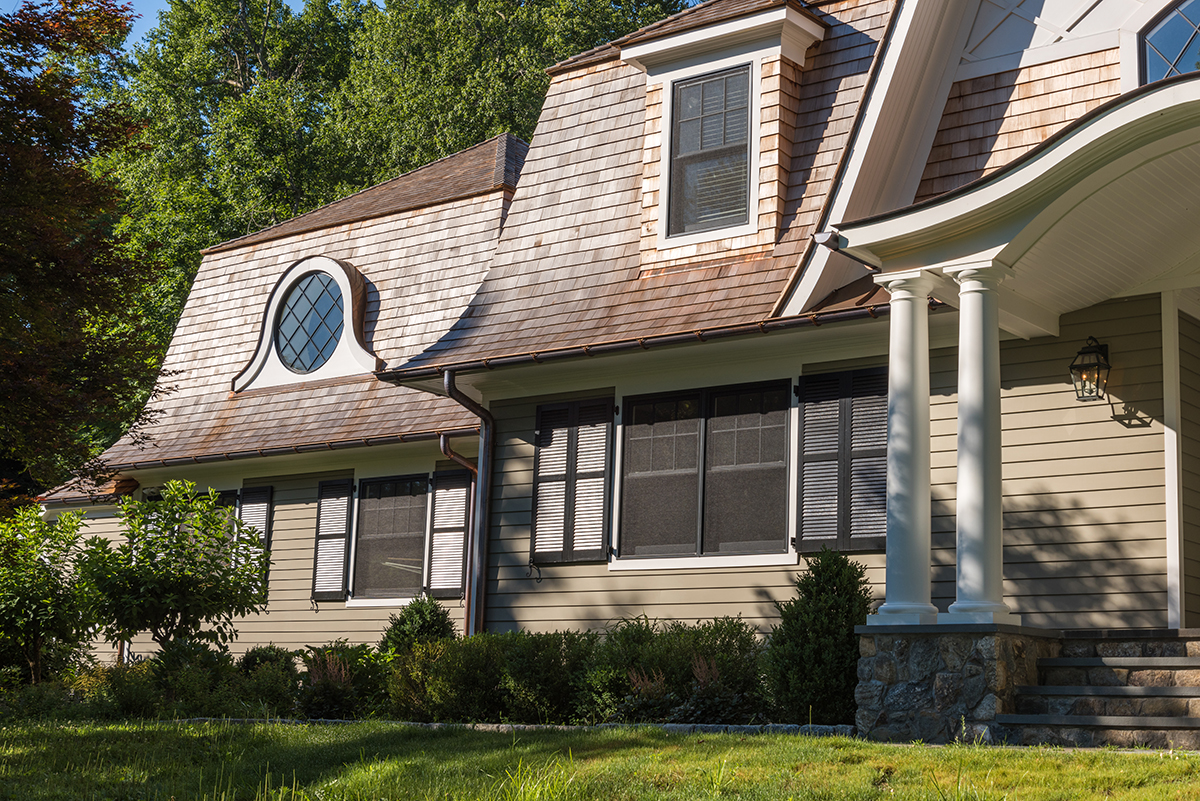 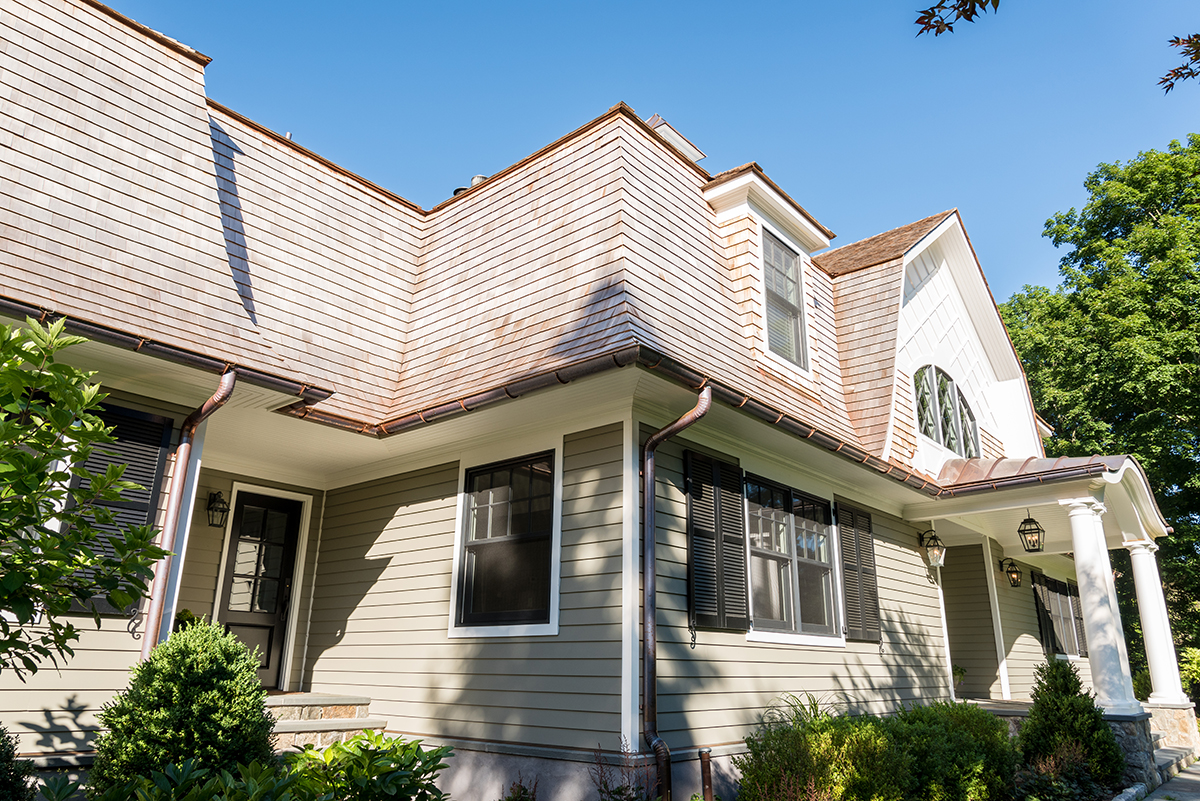 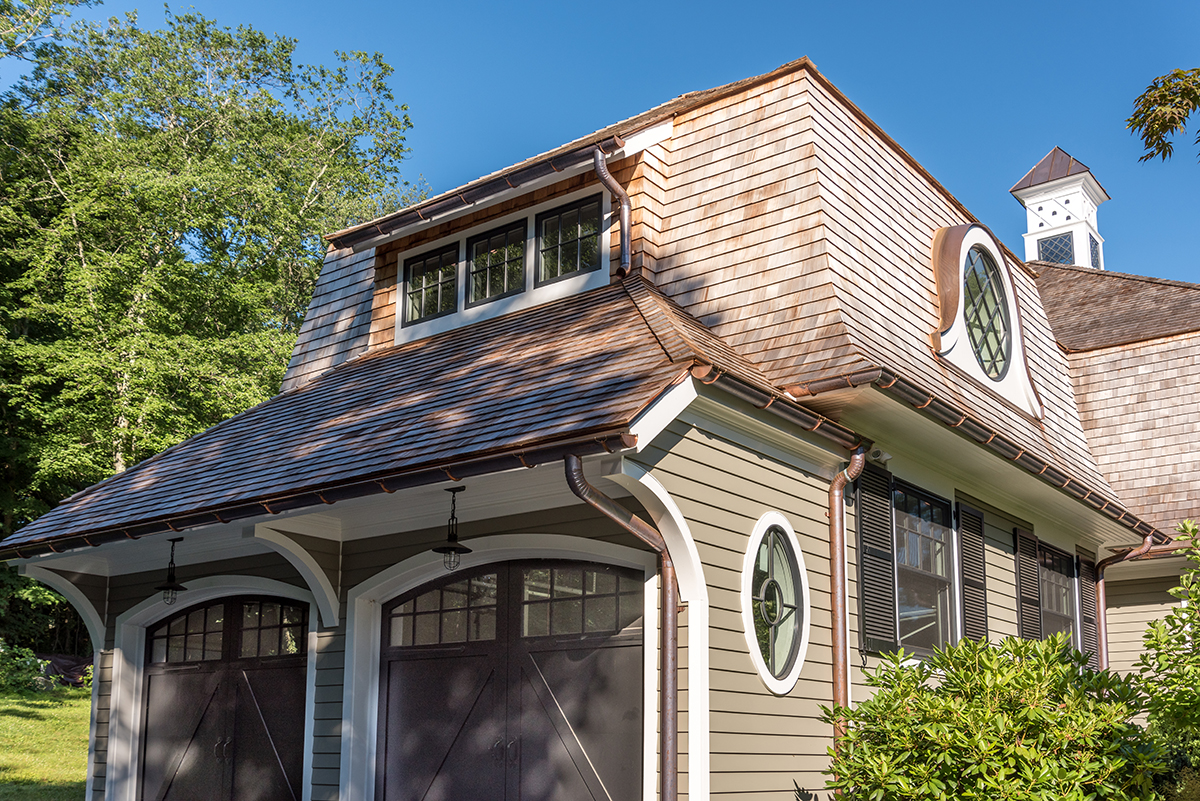 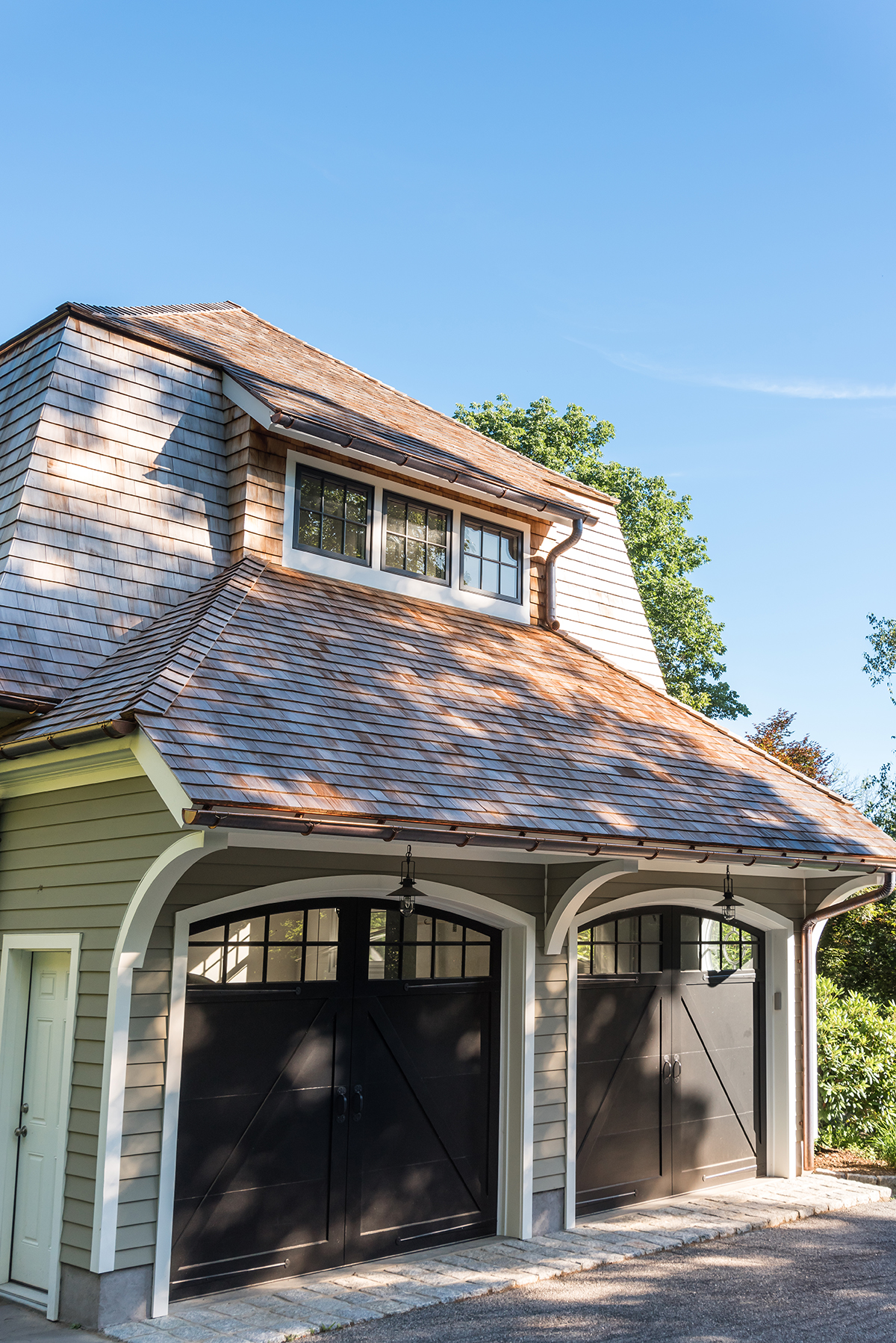 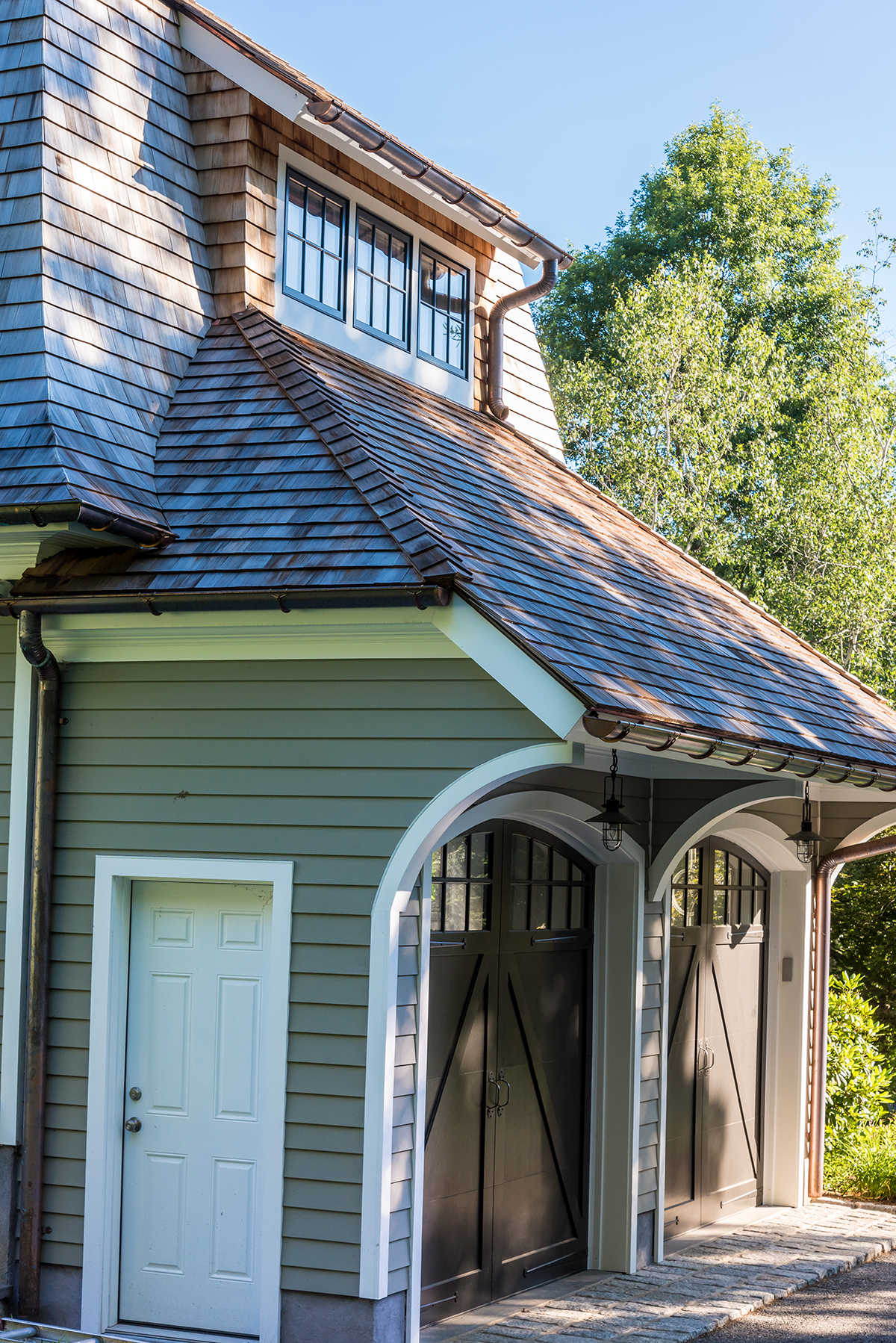 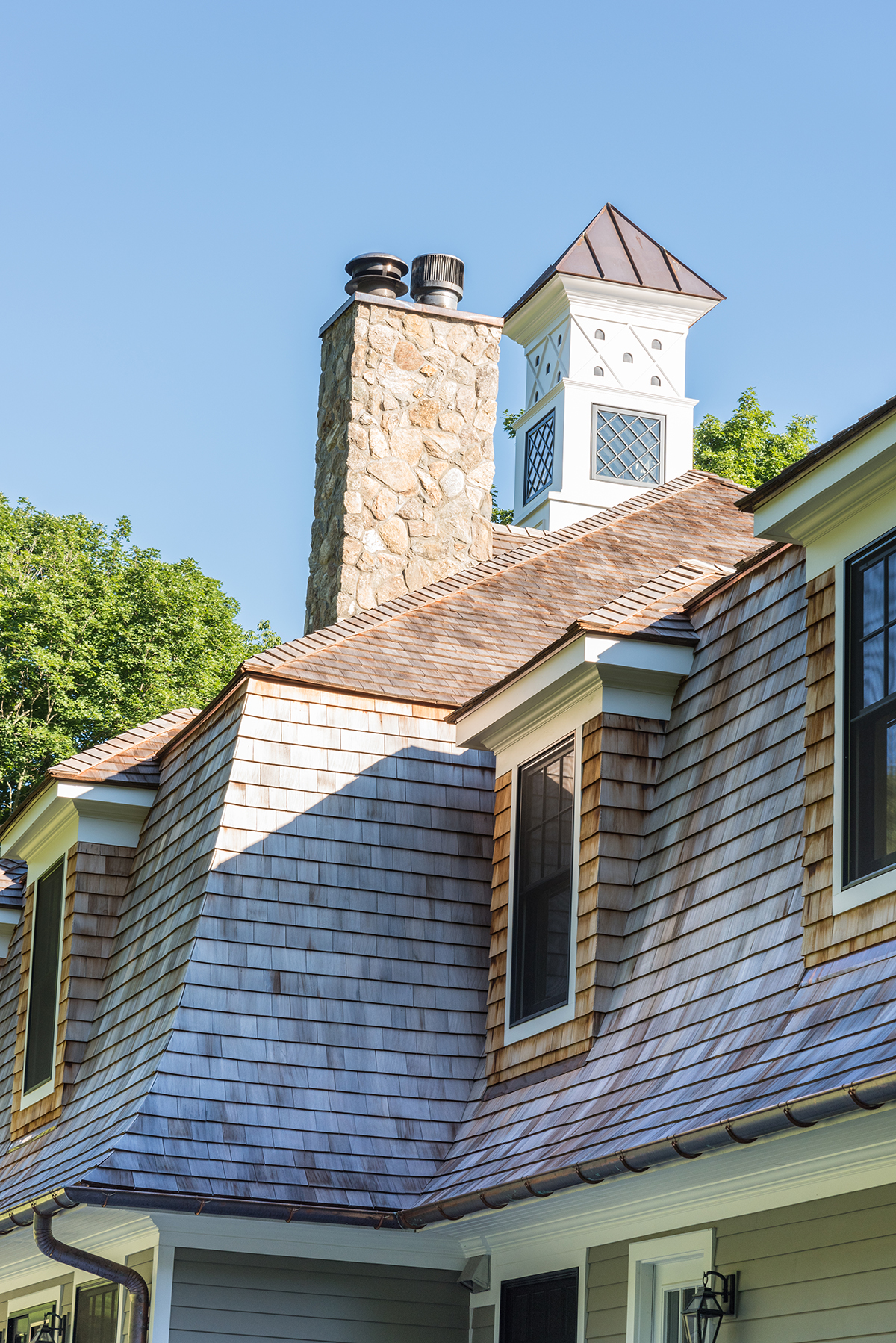 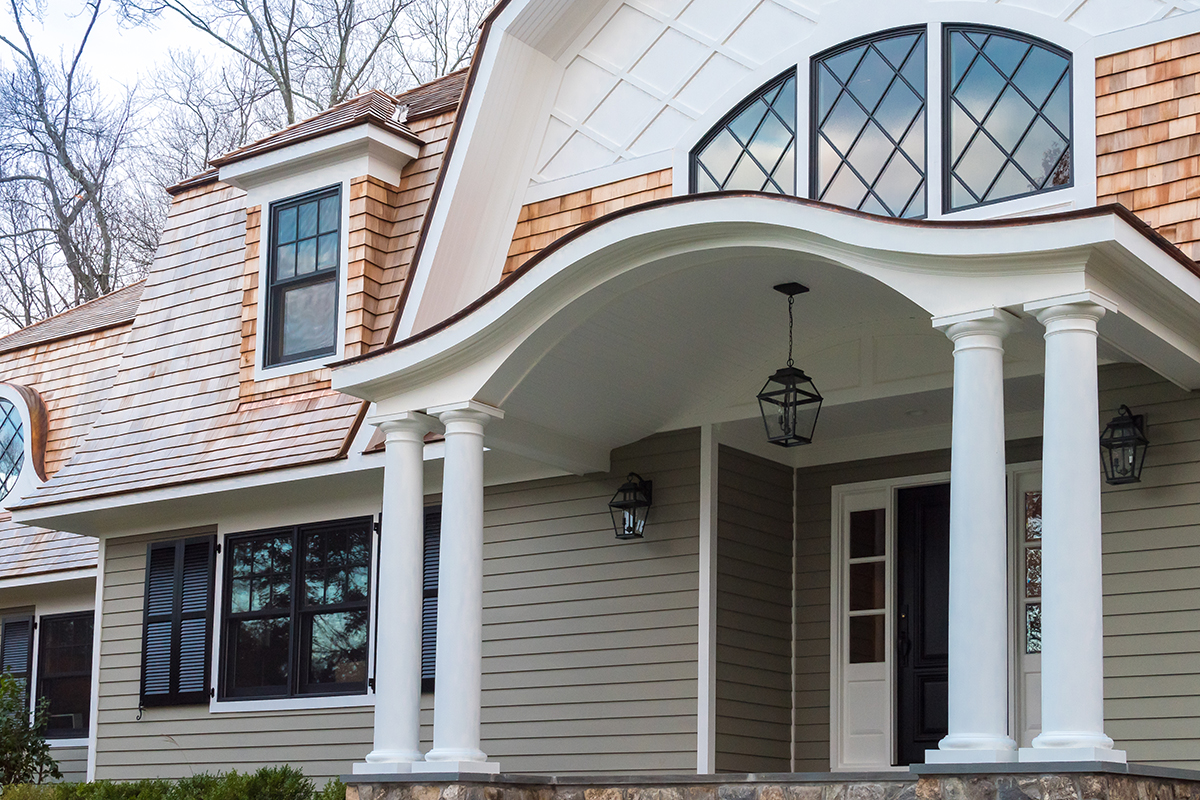 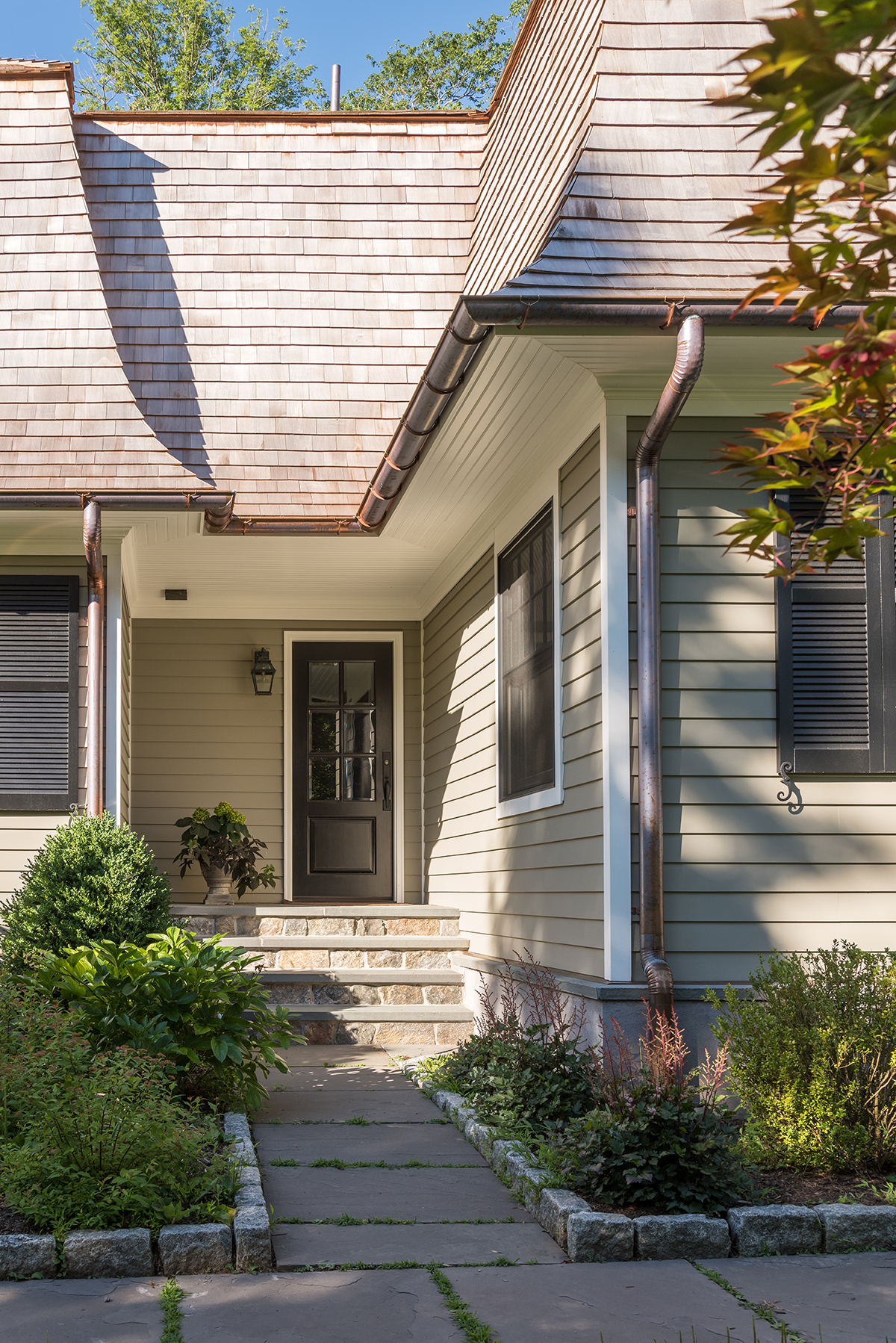 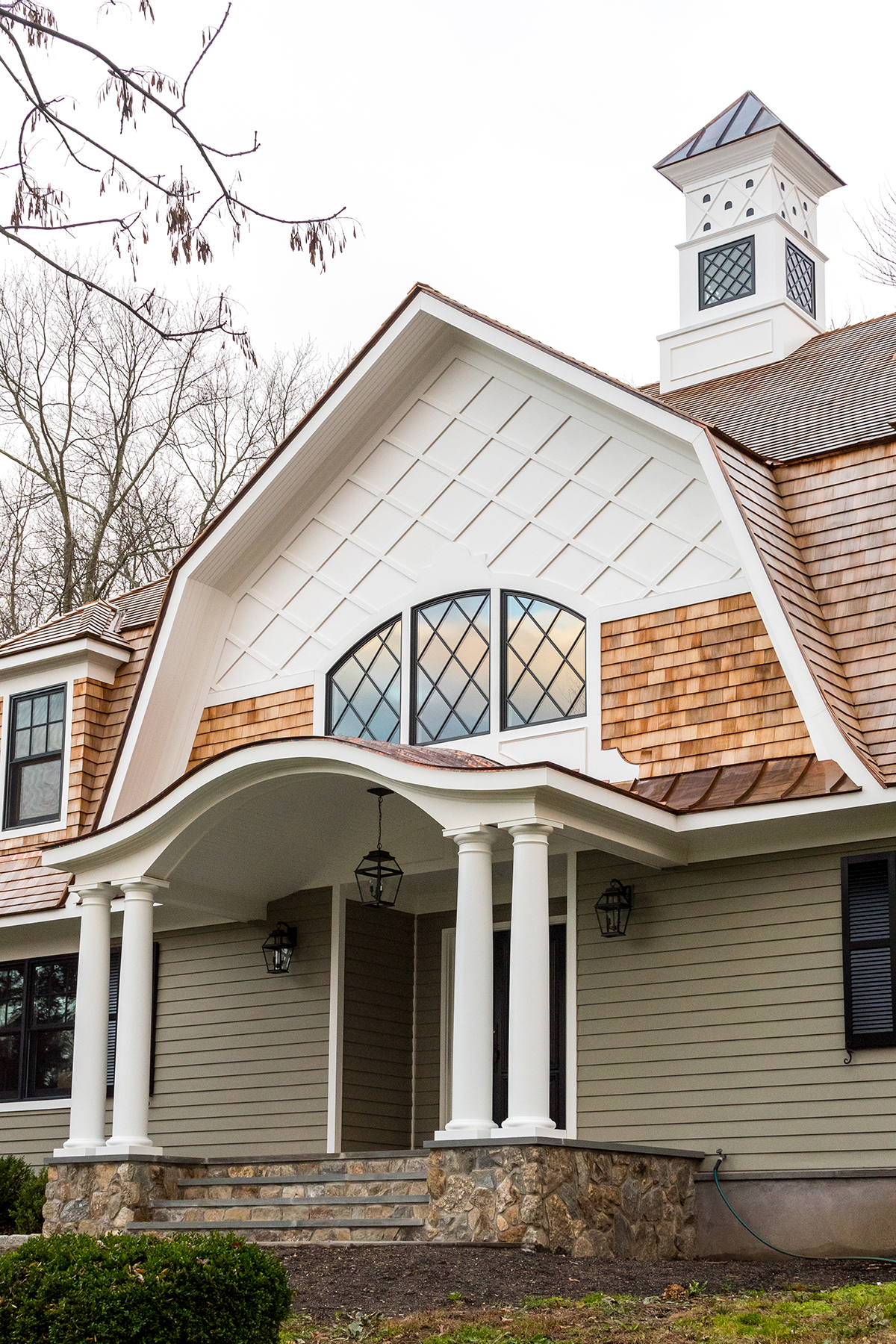 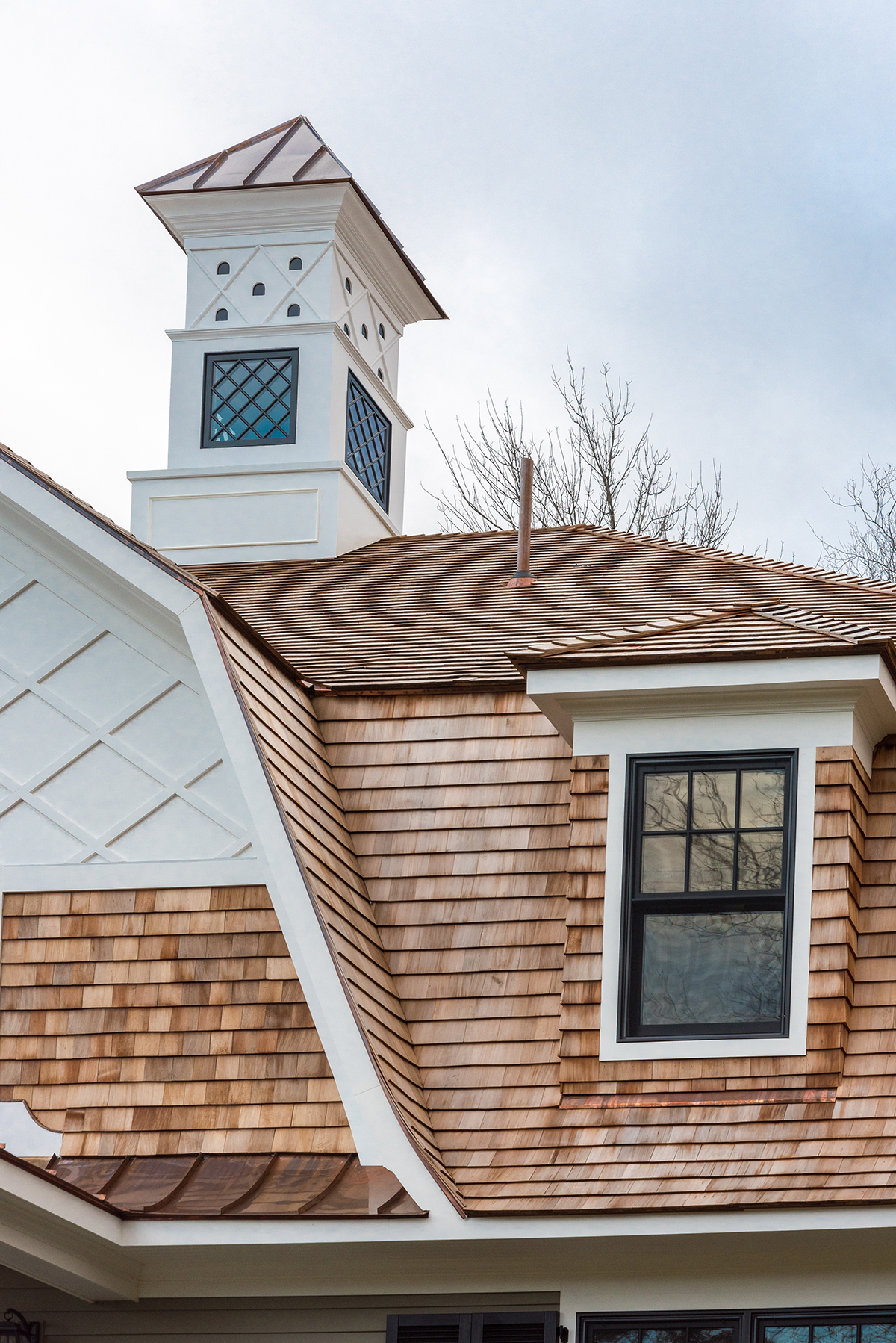 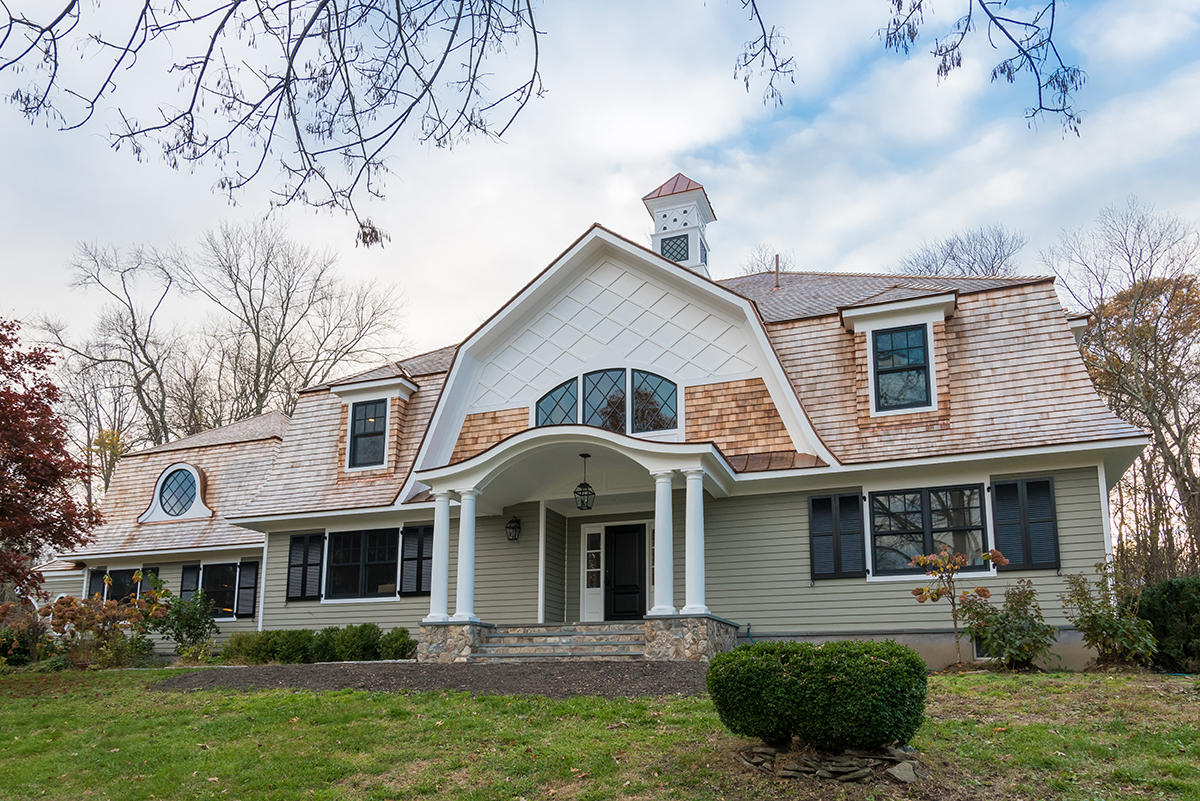 The homeowner wanted a renovation that made the maximum impact with minimal disturbance to the interior. Building a new roof on top of the existing low-profile roof decreased demolition and produced a complete alteration for the exterior of the house. Several dormers were removed to make room for a large gambrel roof over the structure and give the entrance more importance.

Retaining the existing window and dormer locations when possible reduced the amount of waste generated from the project. The pitch of the roof was steepened to increase clearance in the attic and create additional prominence. Although few architectural changes were applied, a conscious effort was made to improve the quality of materials used in the new roof and formal entry porch. 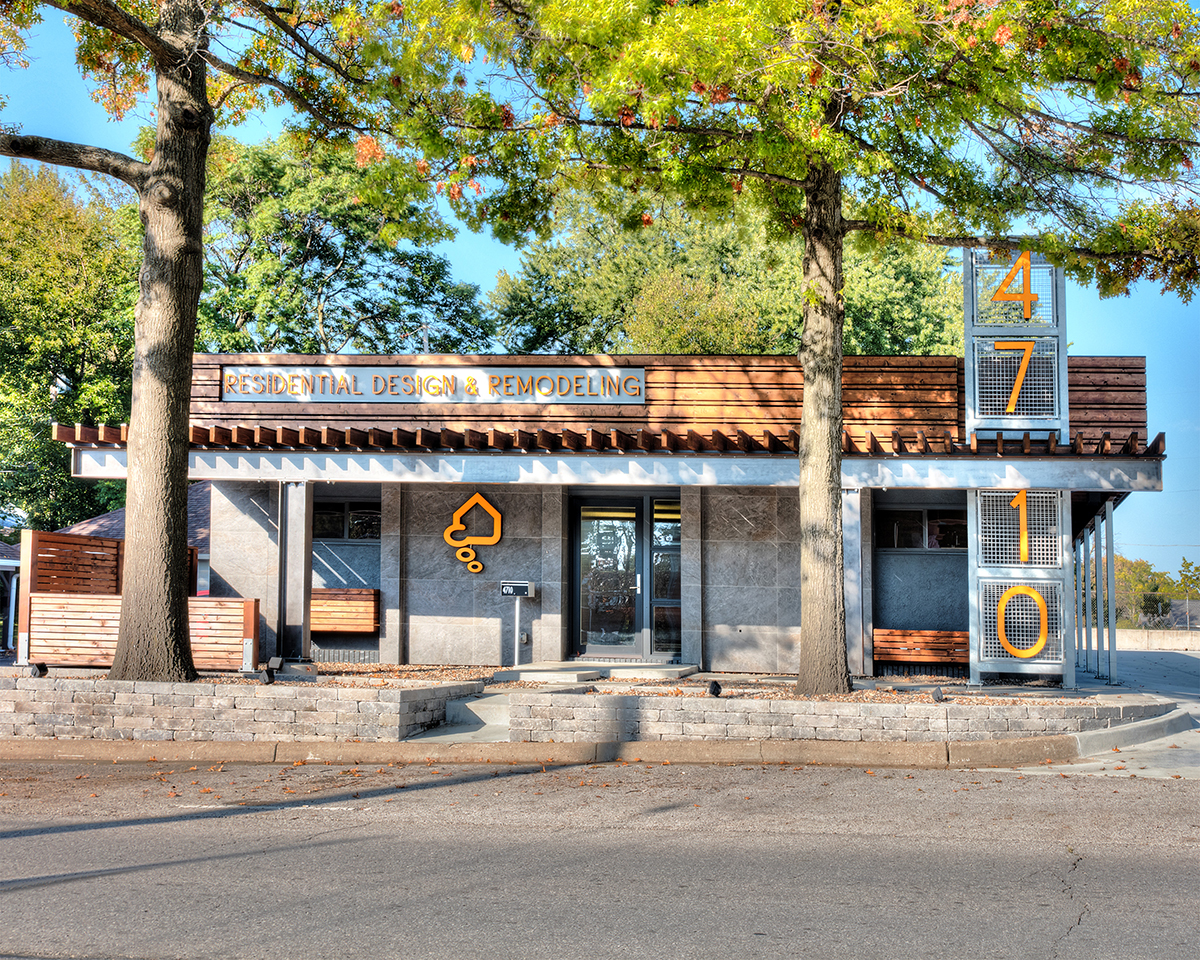 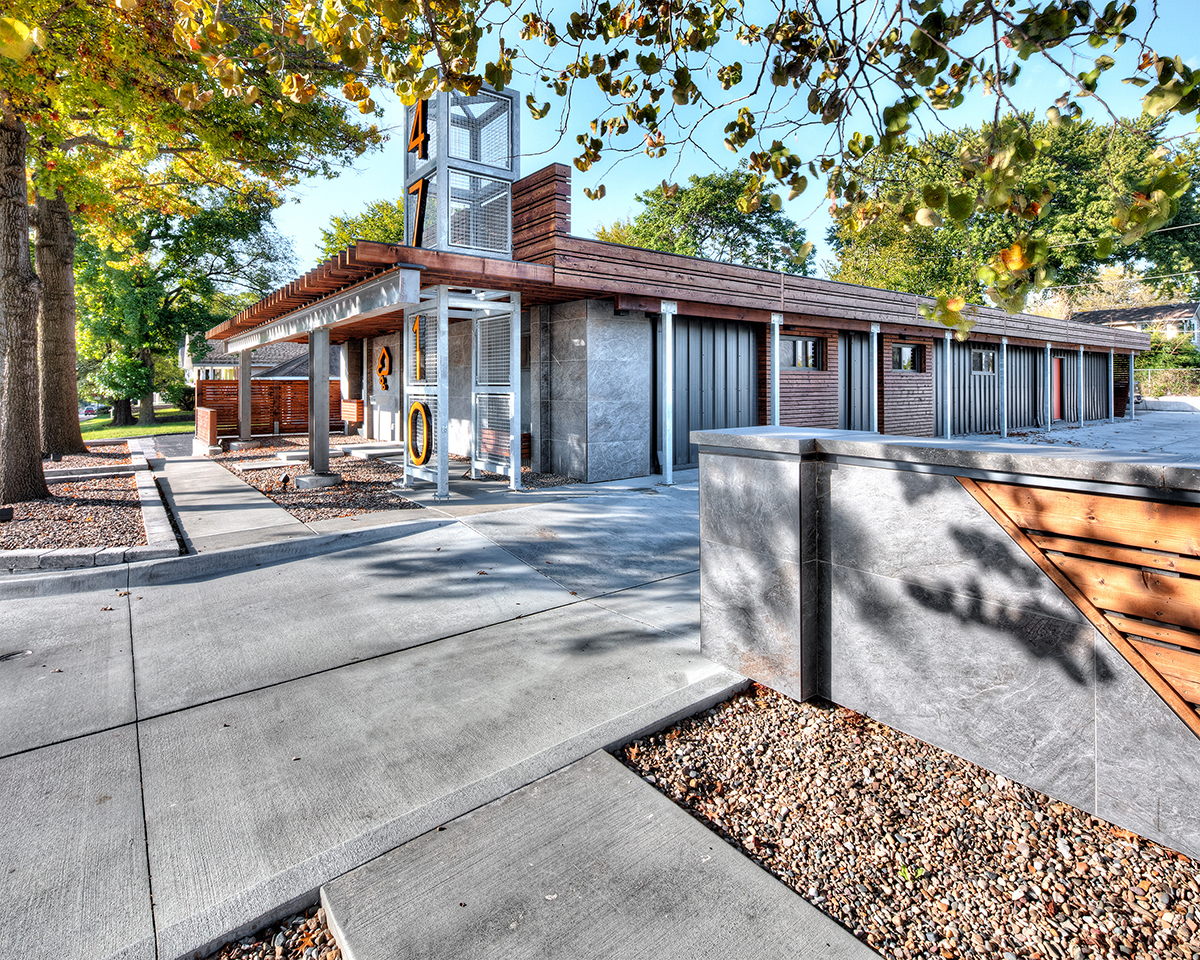 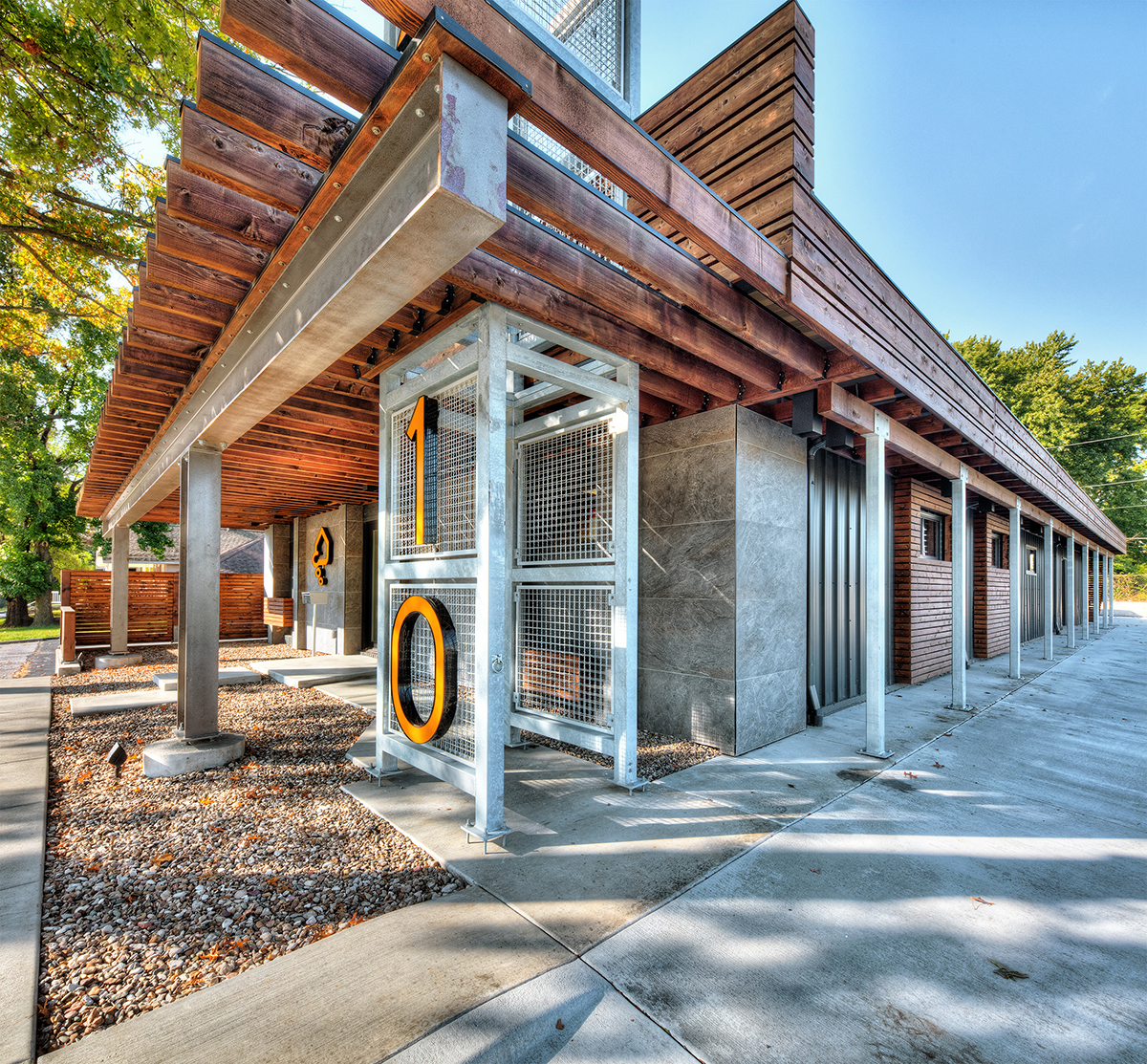 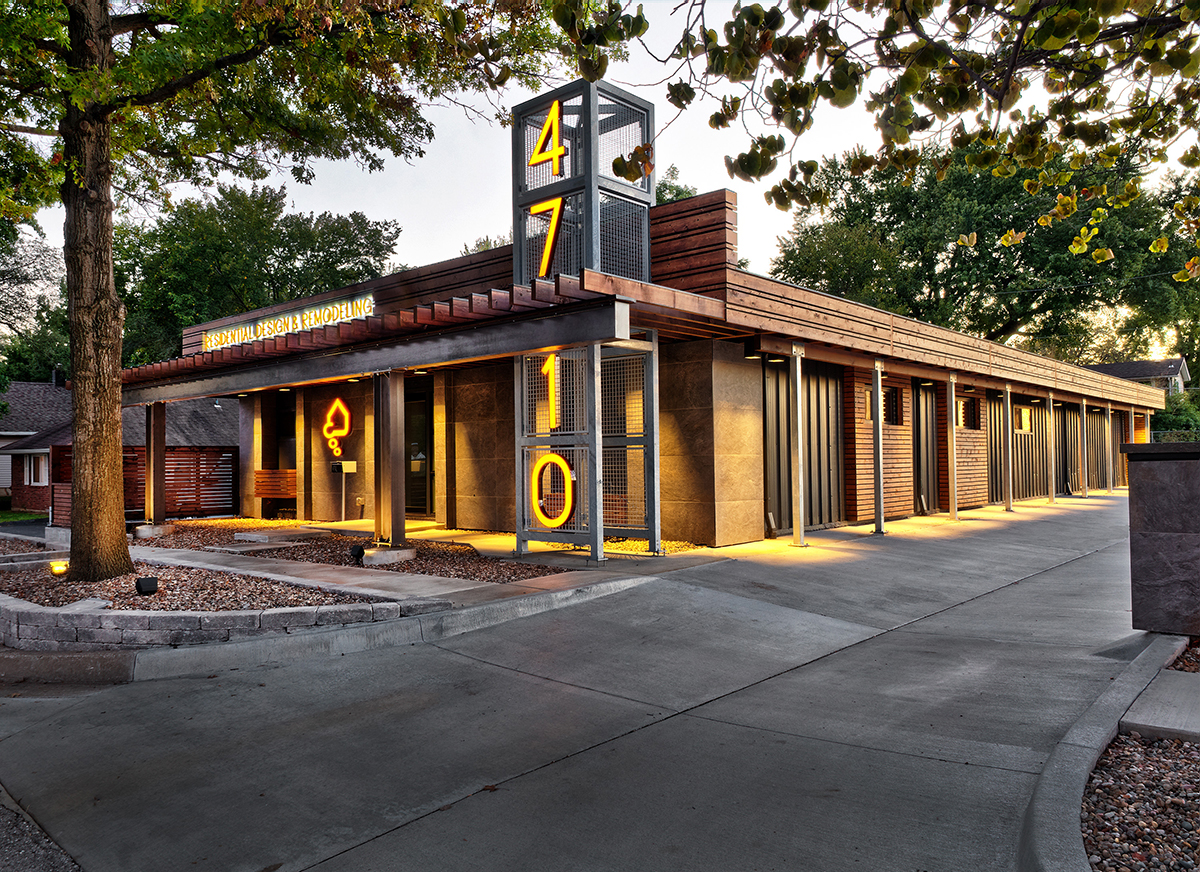 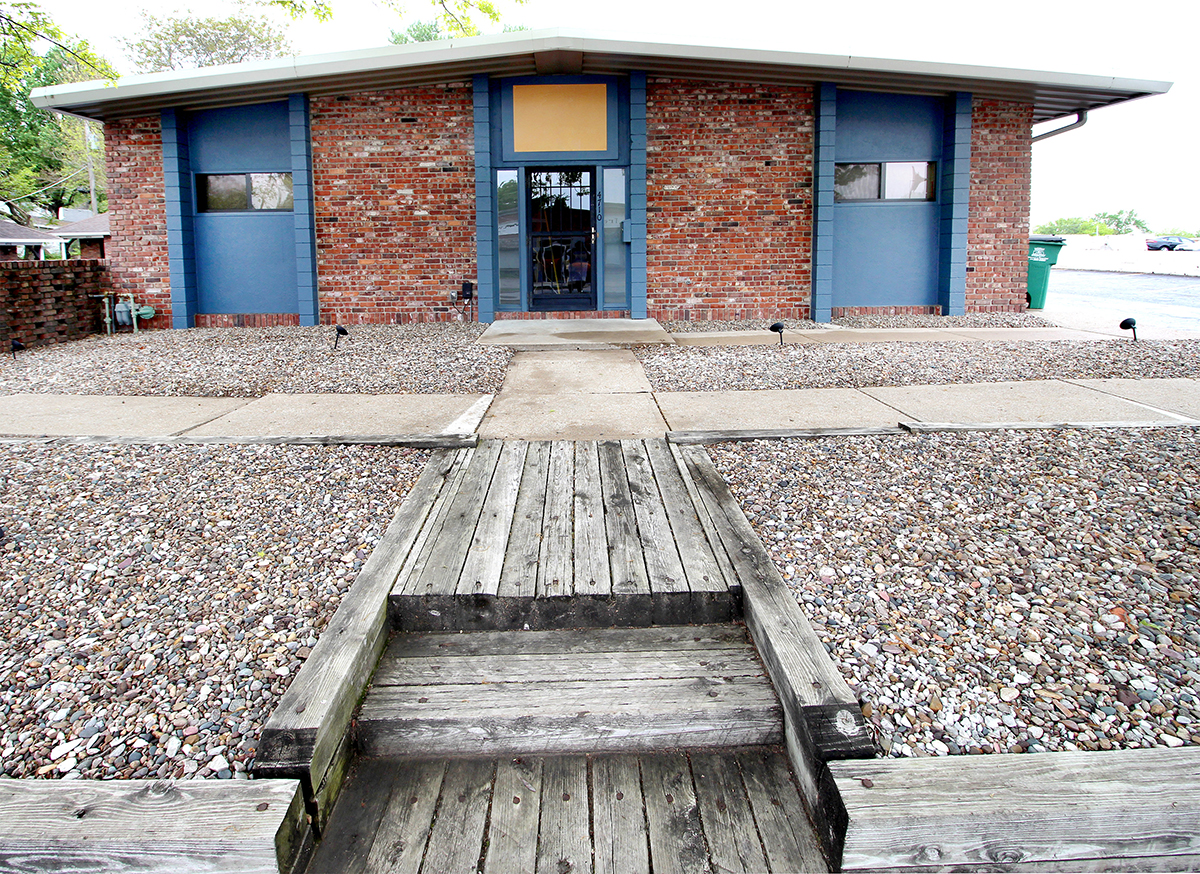 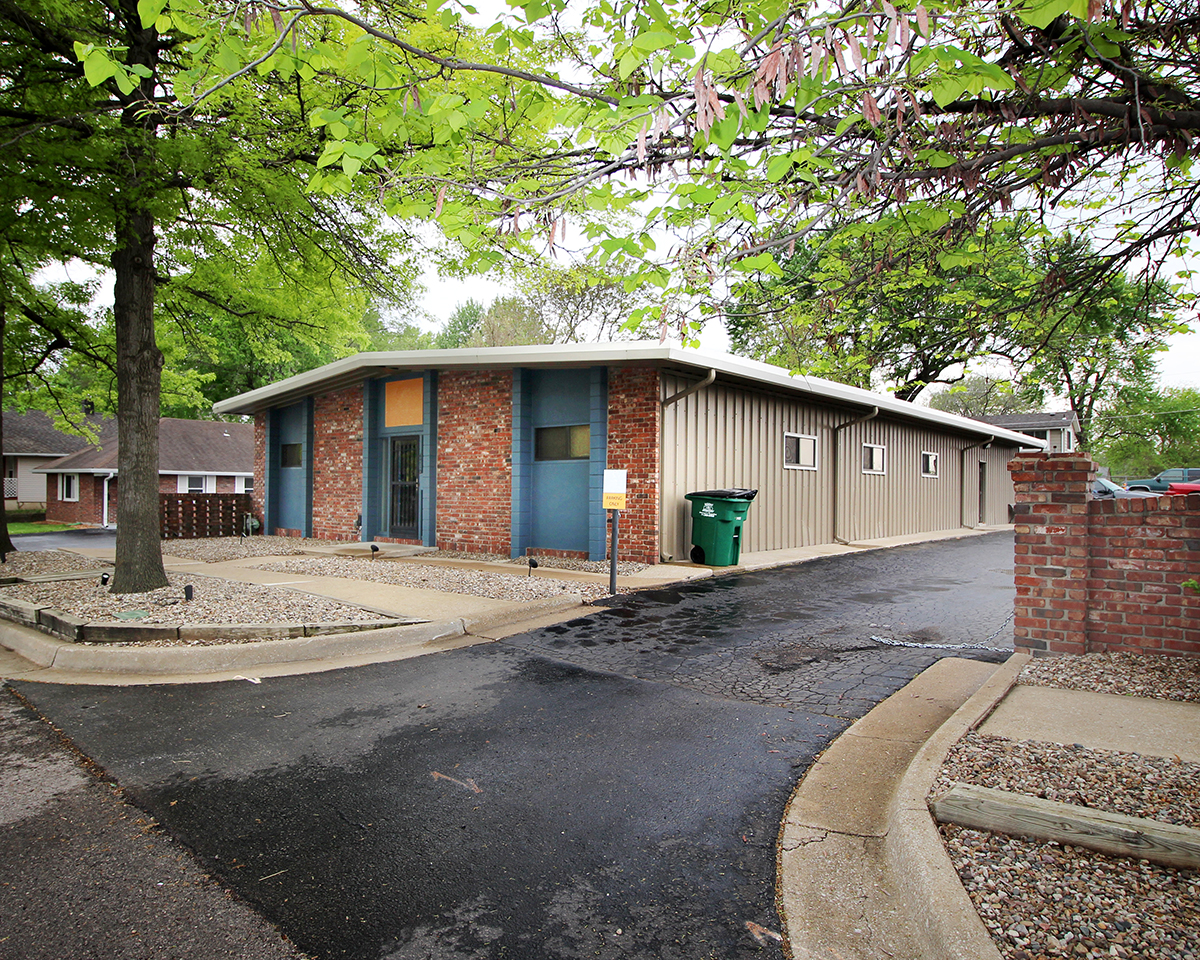 In 2014, a residential design and remodeling contractor acquired the dated building, which had been constructed in 1968. The company wanted to create an original and innovative façade that reflects its personal taste and communicates its design and remodeling expertise to all potential customers who might travel by the location, which could be considered the gateway to the city.

It was imperative that the building had a very clean and professional appearance during business hours and remained equally well-lit and eye-catching during the evening hours. Mindful that the company location has national popularity due to being adjacent to a local award-winning BBQ restaurant, a stunning street presence and curb appeal became an absolute must for the project. 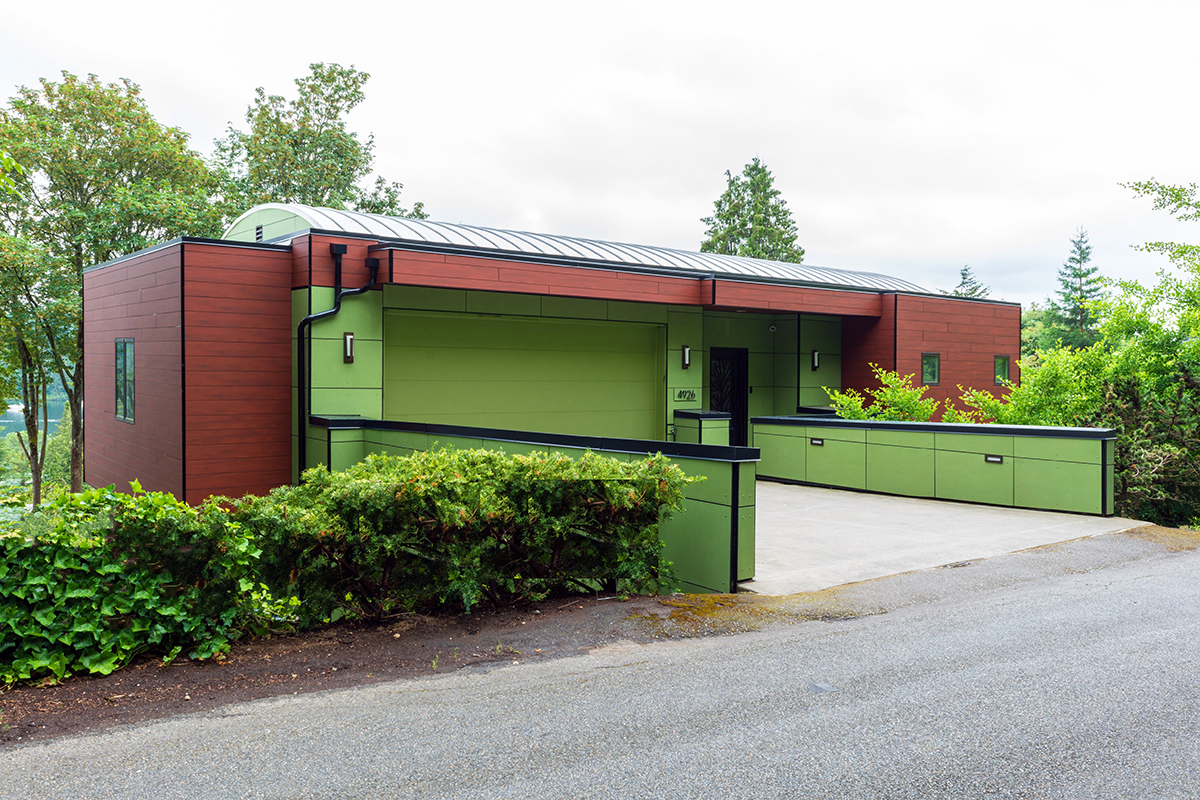 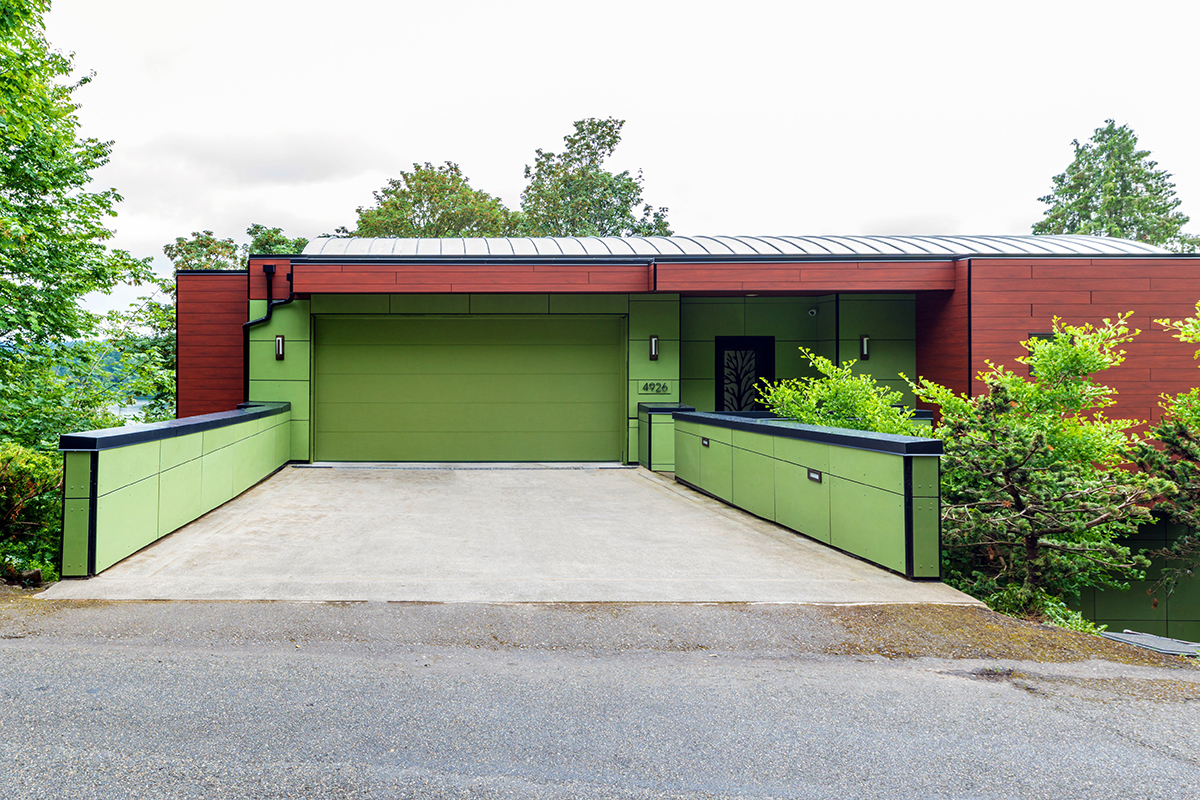 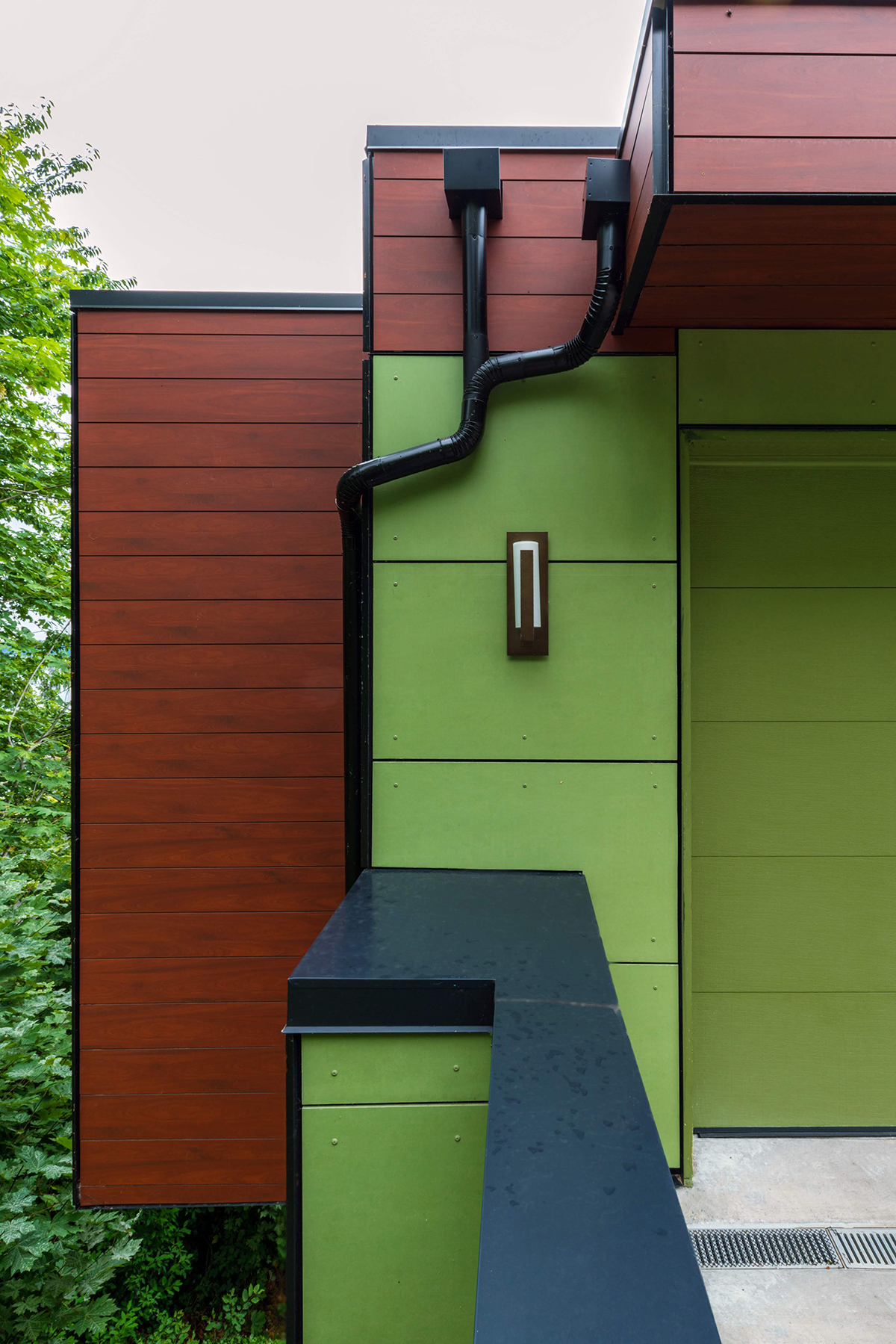 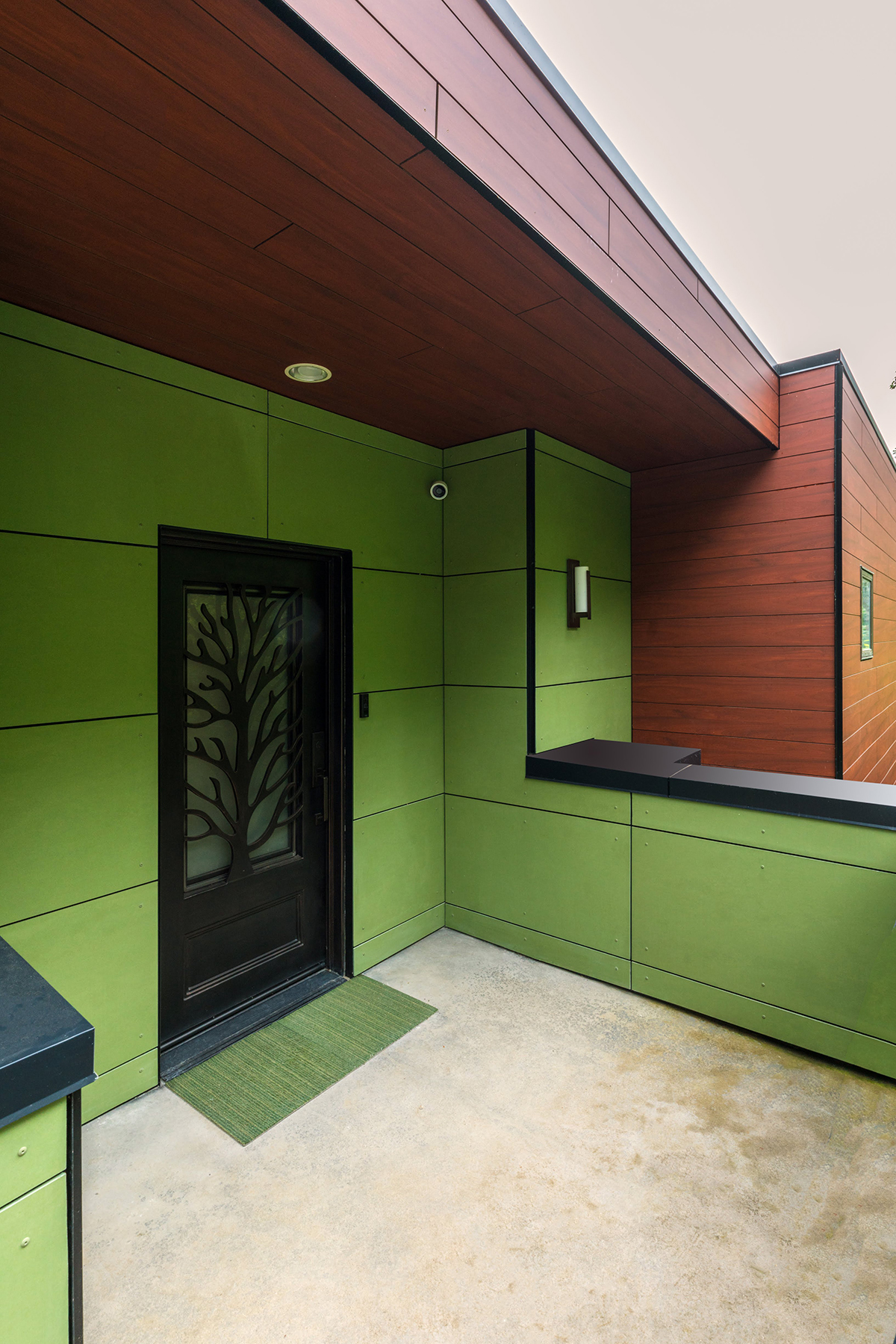 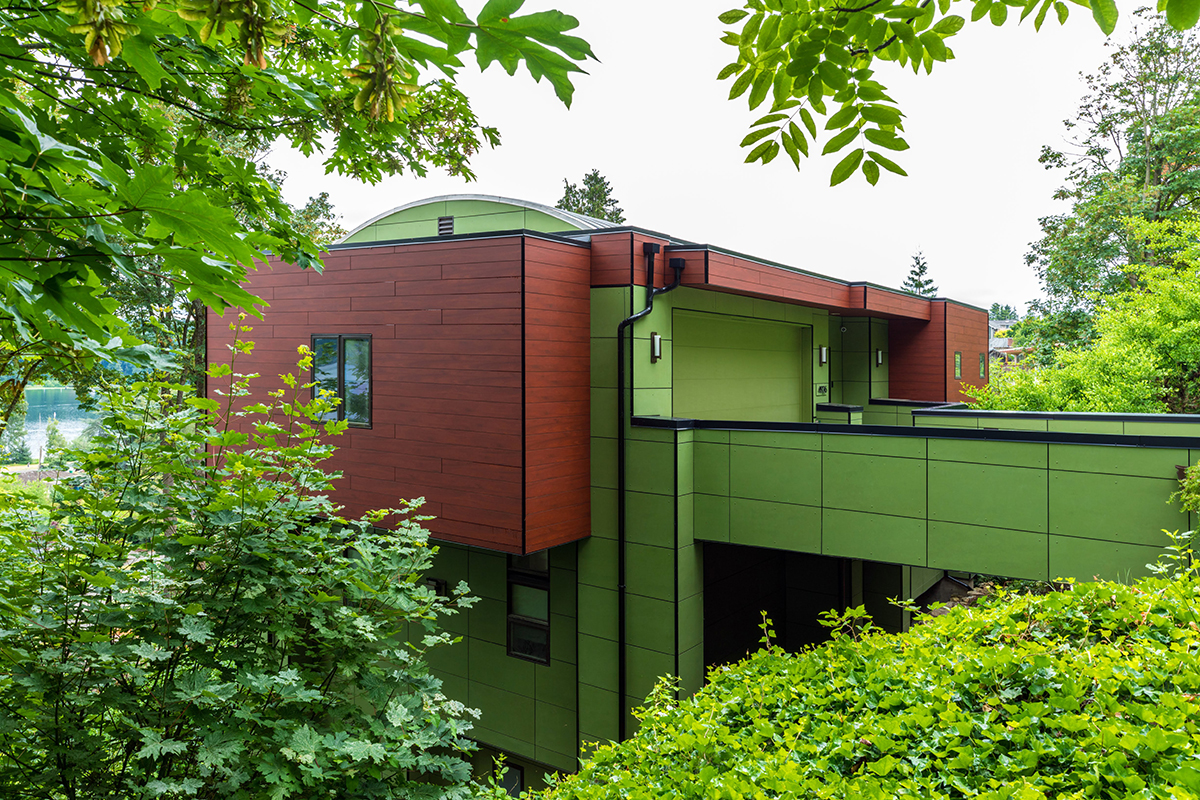 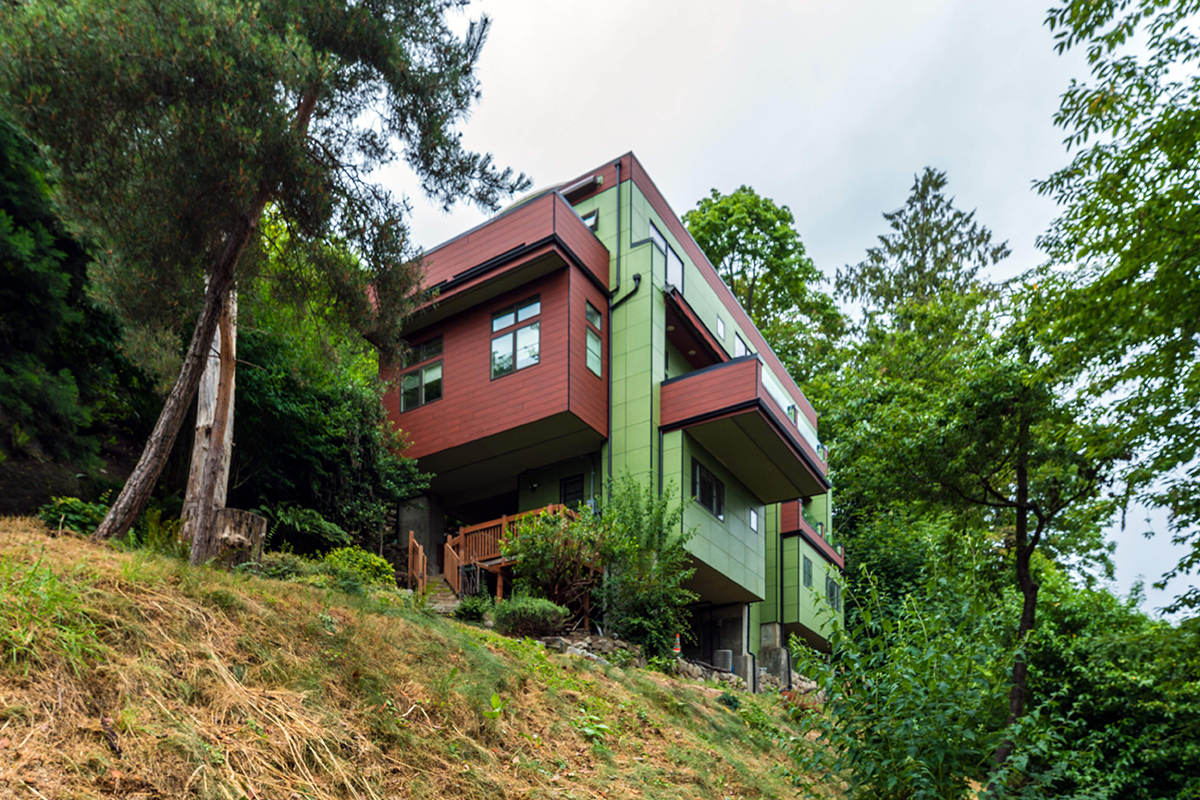 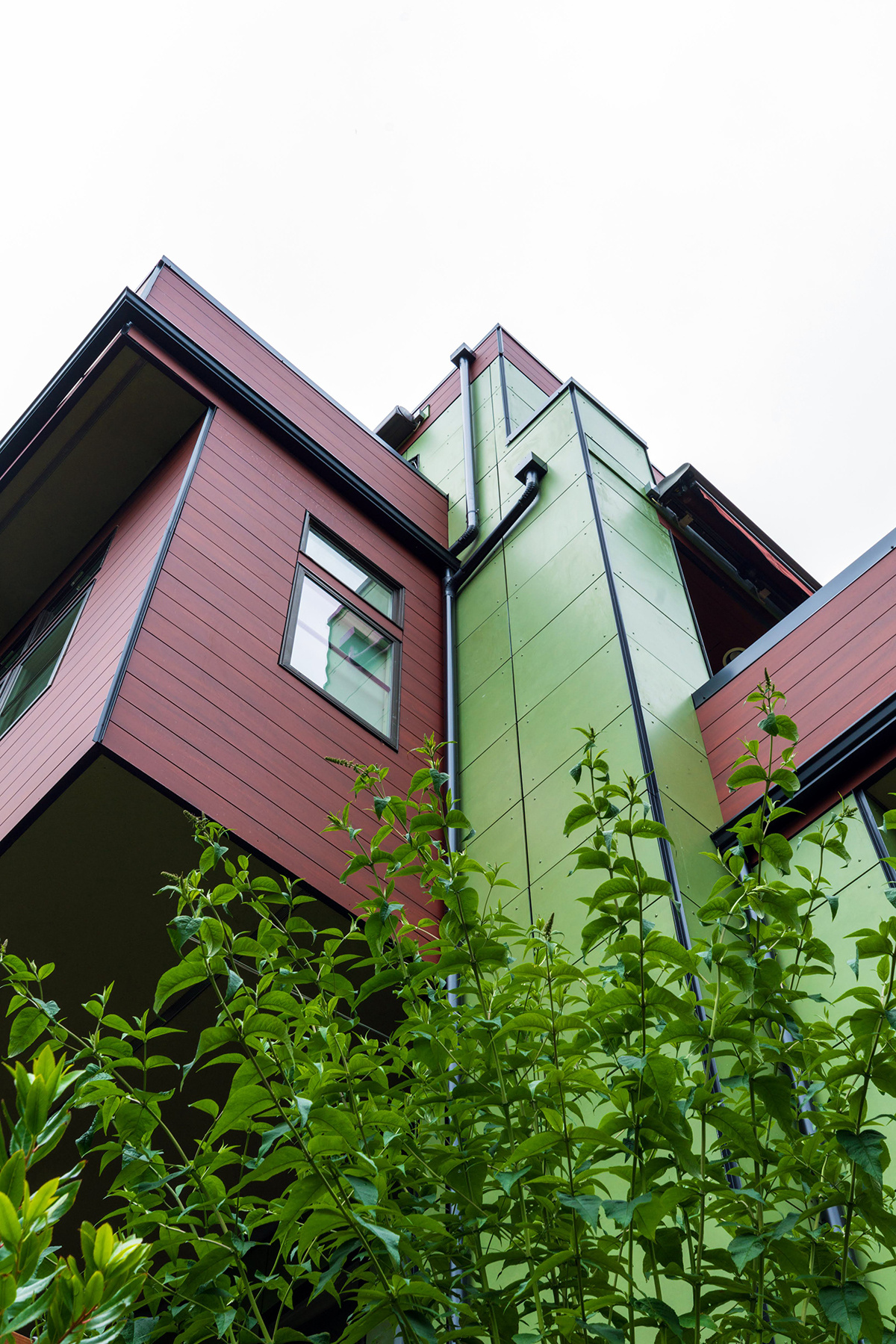 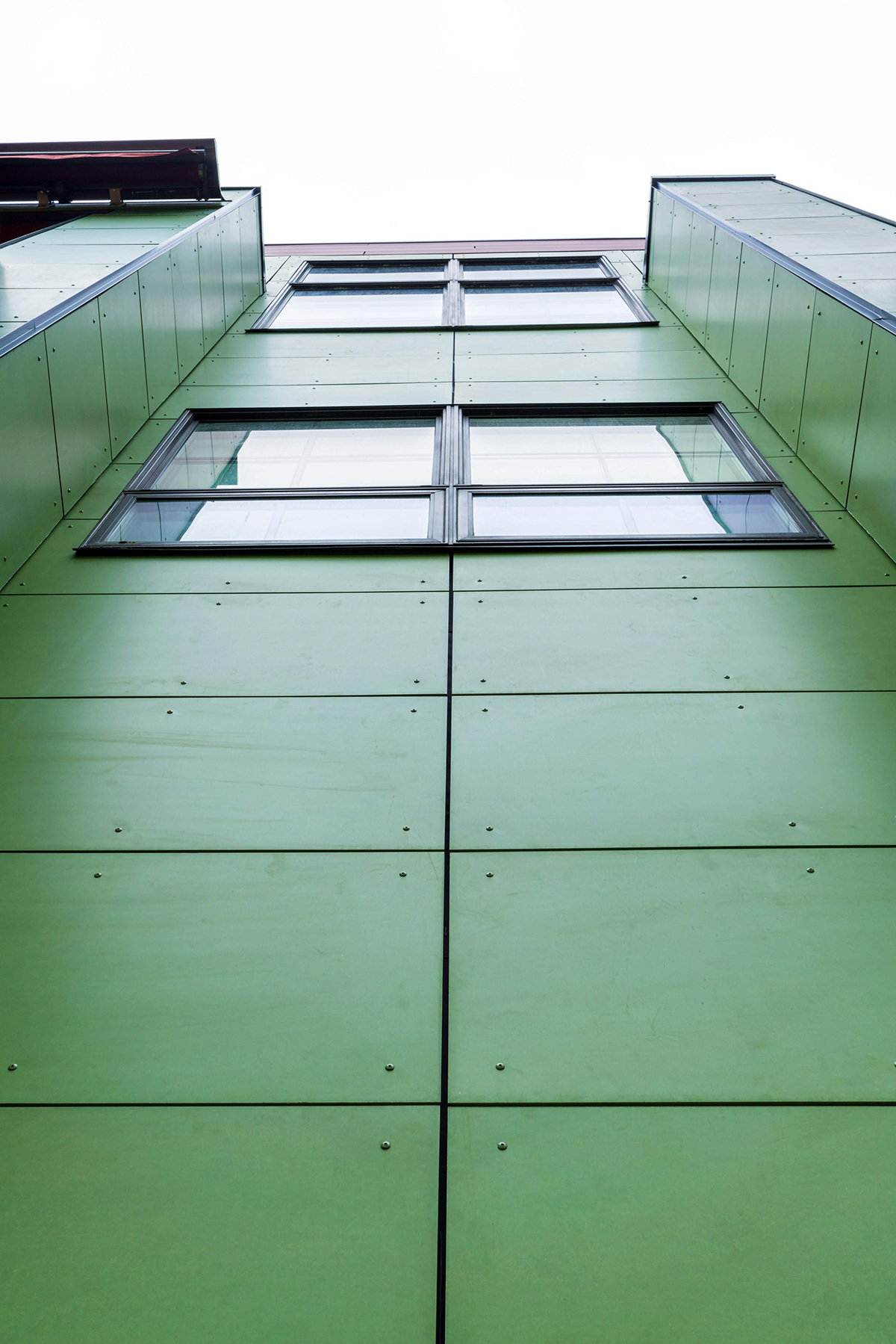 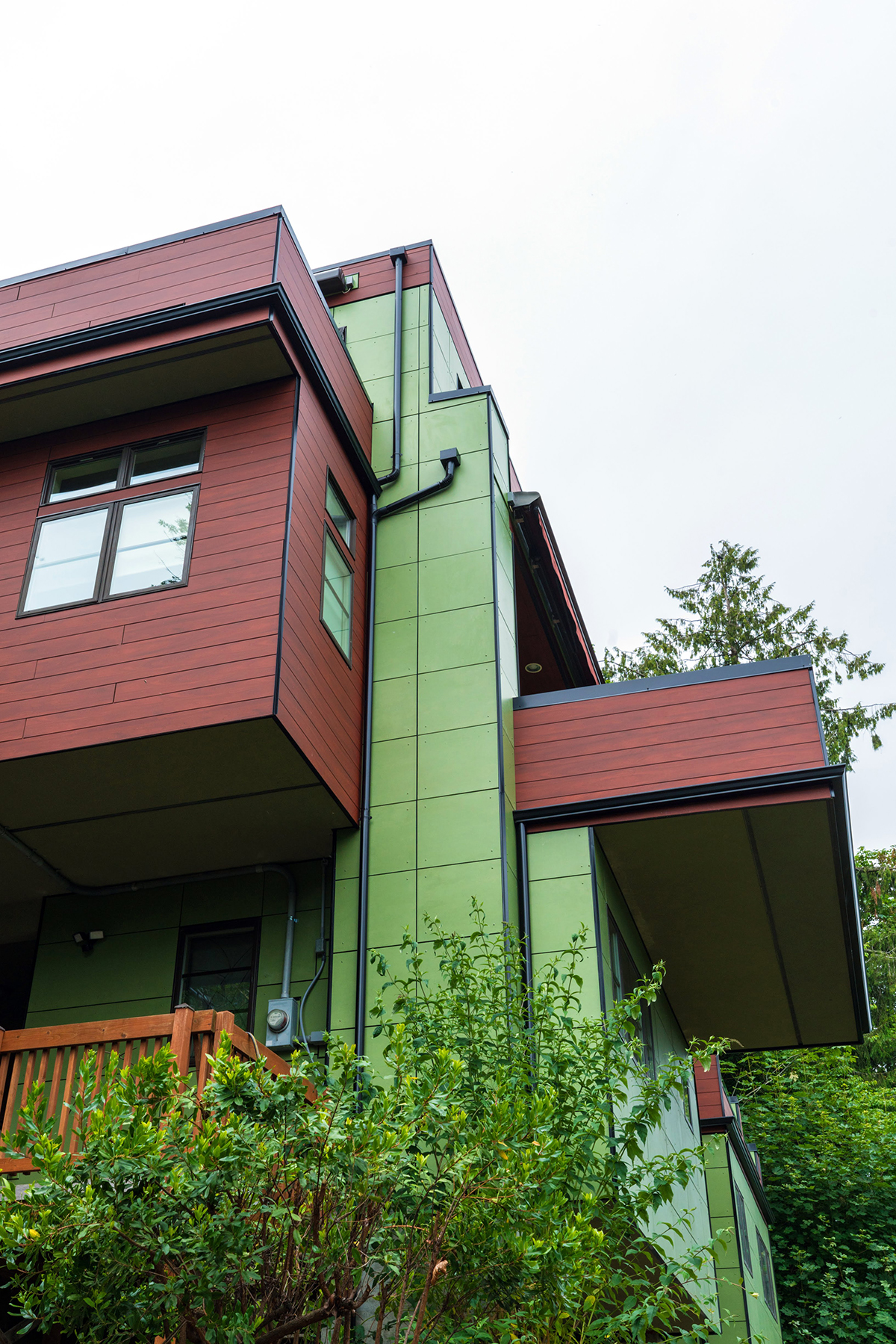 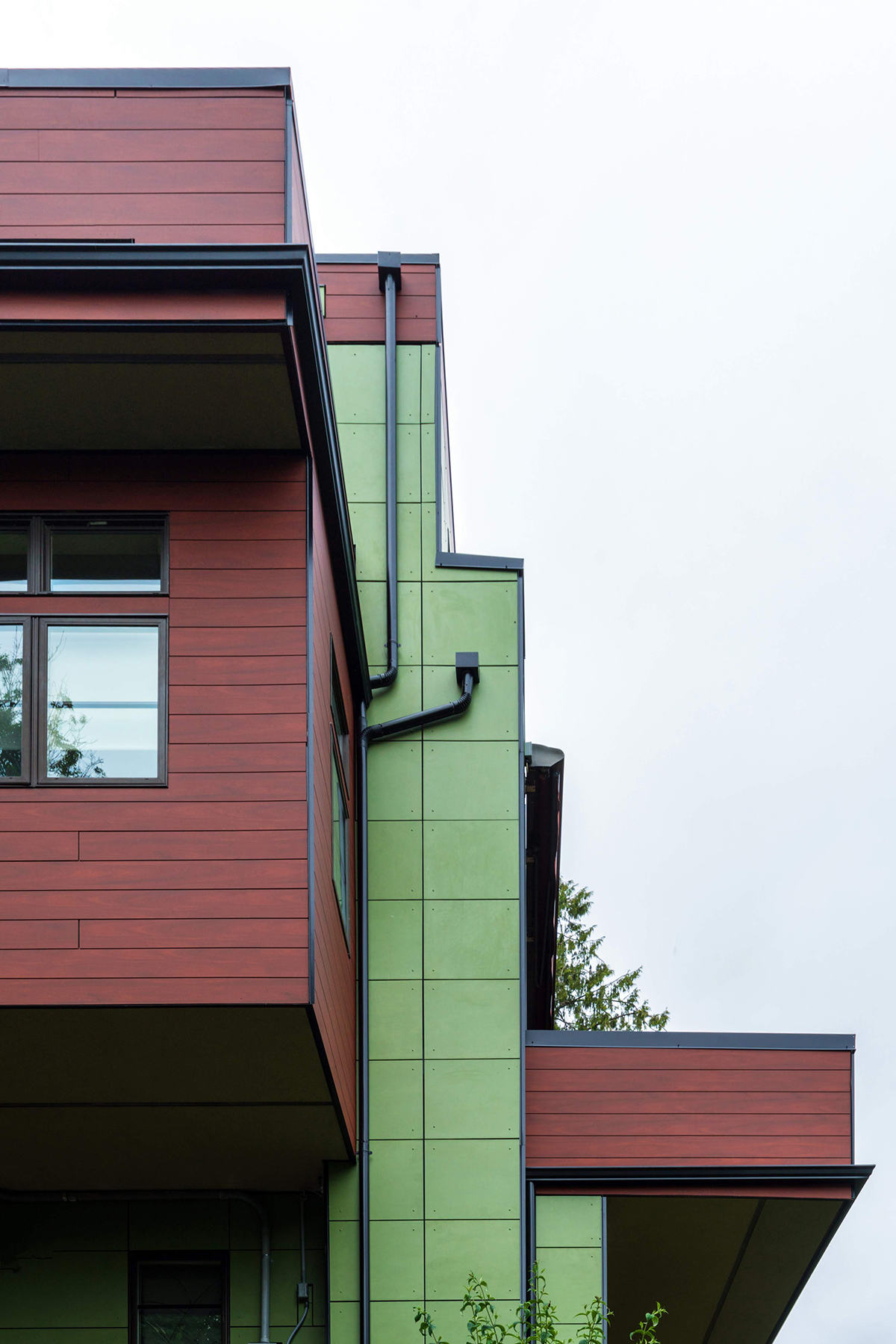 Concerns about a Seattle home’s stucco cladding and associated water intrusion issues necessitated minor upgrades to the exterior whenever rot was found; but the homeowners ultimately opted to work with Synapse Construction to completely strip, fix and reclad to fully resolve the issues. Because the home’s roof drains were routed internally, water occasionally dumped into the wall cavities. The slope of the roof and decks had to be revised and detailed for proper drainage and water management while keeping aesthetics in mind.

Much consideration was given to the design and placement of the new roof drains and scuppers—pre-existing waterproof decks had wood decking on sleepers with internal drains beneath—so railing walls with slots were reconstructed to drain into a gutter and wrap the entire perimeter. A mix of integral colored fiber cement panels and faux wood planks as accents comprise a no- to low-maintenance exterior cladding design.