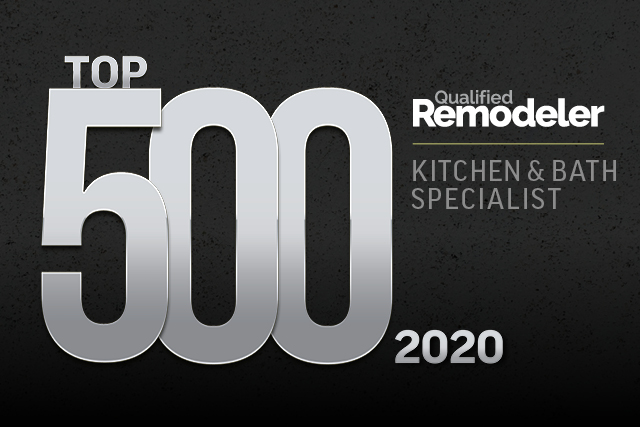 “There is a strong demand out there for the services we provide, it’s just a matter of when people are comfortable pulling the trigger,” says Rob Booher, owner and president of Booher Remodeling Company. Clients working from home during this time adds an additional difficulty that previously remodelers didn’t have to contend with. With the fear of COVID-19 spreading either to their employees from a client, or to their clients from an employee, remodelers are taking extra precautions such as wearing extra personal protective equipment (PPE), which can be difficult to find at the moment. Many clients are opting to put off projects altogether to avoid having additional people in their homes. 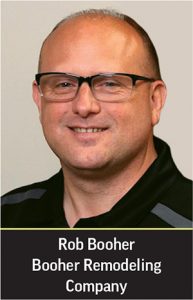 “We are getting more creative with clients who aren’t comfortable. We are doing more virtual initial consultations, virtual design consultations and virtual meetings, as far as reviewing proposals,” he says. Physical distancing can be easy for projects that are outdoors, such as windows and siding, but for interior work like kitchen and bath remodels, it can be a lot harder. The industry as a whole has had to adapt, as have clients who may have rejected virtual consultations in the past. Booher says they’re using this opportunity to be more aggressive with online marketing and advertising, instead of cutting back. “A lot of people are cutting back and waiting to see how things pan out, and we’re going in the opposite direction.”

“The remodeling we do isn’t the kind that needs to be done. It’s an elective,” says Lynn Monson, owner and president of DreamMaker Bath & Kitchen and a past Top 500 remodeler. With over 40 years in the industry, he’s seen the highs and lows of the remodeling markets and knows what to look out for. “That’s why consumer confidence is such a huge factor in success, because they’re not going to make these huge purchases unless they’re feeling confident.” Until recently, consumer confidence was high due to a strong economy, and spending was up. Now, remodelers all across the country are devising ways to maintain steady work while keeping their clients and employees safe. 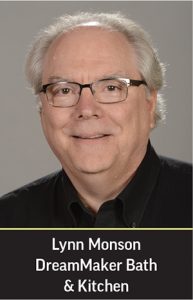 Many, such as Terry Seaton, president of CraftMasters Remodeling, Inc., are also reflecting back on their long histories. “After the economic crisis in 2008, companies that adapted their way of doing business and sought out the positives and opportunities were successful,” he says. For both companies, this has meant working with their customers to provide financing options.

CraftMasters began offering smaller down payments, with options for 6, 12 or 18 months no-interest and no-payment agreements through lenders. “Before this period, about 25 percent of our customers were finance customers. Now, I would say about 60 percent are. It’s really appealing to them because it’s about creating reciprocation between us and them, so the customer feels financially safe and taken care of.”

Monson is offering similar no-interest, same-as-cash options, and he adds, “It isn’t permanent financing, but it allows them to get the cash and get the project started now and then later, when things have returned to normal, pay it off confidently.” He says he’s seen an increase in sales during this time due to people being home more and noticing work that needs to be done or has been put off in the past, and now want it done while they have the flexibility in their schedules. Job sizes tend to be smaller right now, he says, but the number of leads has picked up a lot since many stay-at-home orders were enforced, and job sizes
will as well. 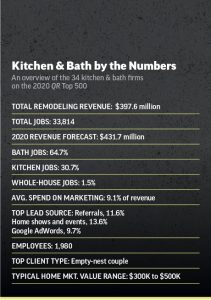 There have been other benefits to the change as well. Seaton says in the past, surveyors may only have been able to complete two or three estimates in a day, accounting for commute time. Now, they’re able to do twice that. “If a company is strong at lead generation, they should be able to do something with that. From a revenue standpoint, the more estimates you can provide, the better your bottom line,” he says. 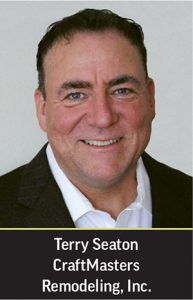 In addition to increased marketing, reaching out to past clients has historically been, and continues to be, one of the most successful strategies Monson says he’s employed. “I would say that about half of our work comes from referrals from past clients, which then translates into that much less money you have to spend finding new work.” It’s a practice that he says has contributed to his success in the past, and one he plans to continue.

Maintaining a strong relationship with clients past and present, and being proactive in communicating with their client base, has paid off for Seaton as well: “We’ve generated quite a few leads just by taking our marketing team and having them reach out to our customers to inform them where we stand as a company, and how we’re going to take care of them.”

Comparing the current business disruption to that of previous ones, Seaton has high hopes for 2021. “Back in 2008, no one knew just how long it would last,” he says. “Everything was so unpredictable, and every industry was deeply affected.” He says he’s looking toward an “endgame” with a potential vaccine for the COVID-19 virus and a return to normalcy. “There is hope here. There is opportunity here.” QR