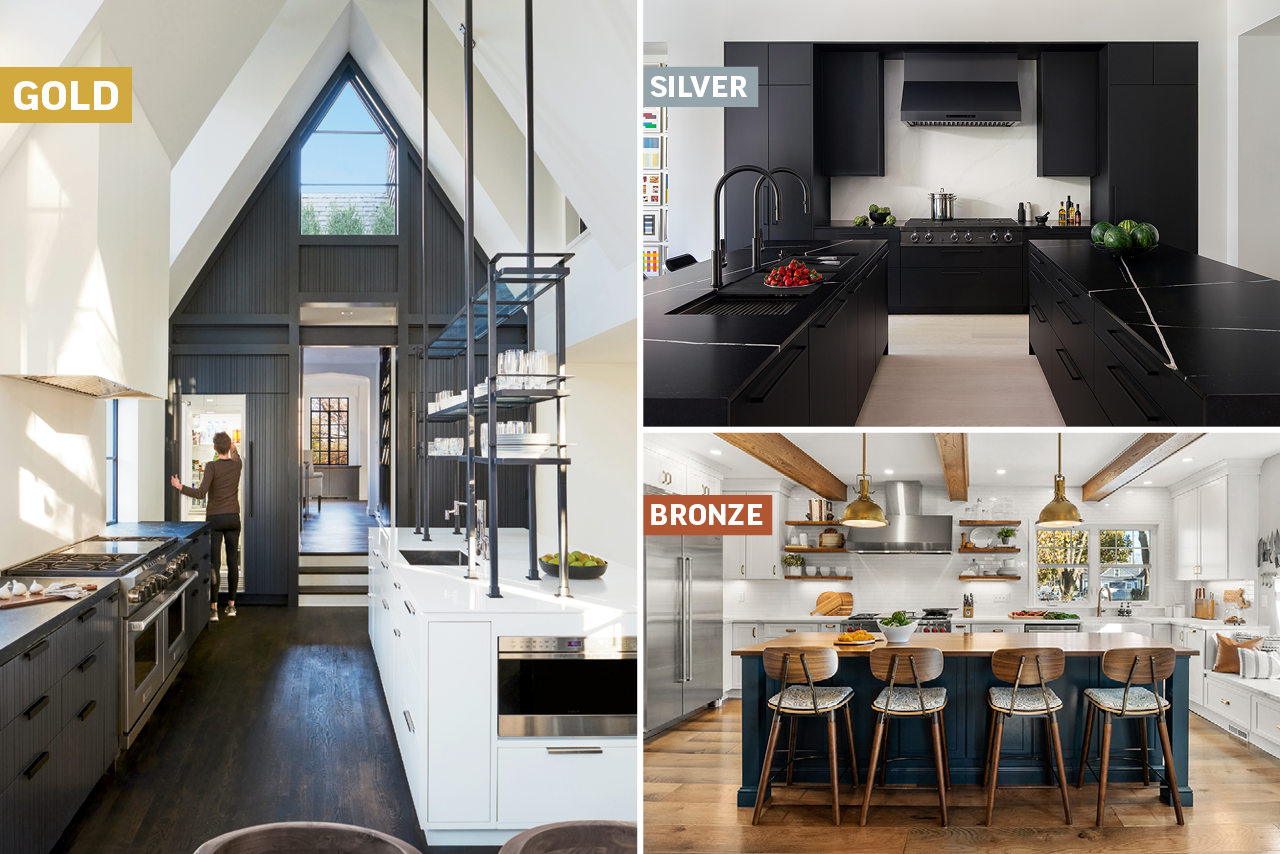 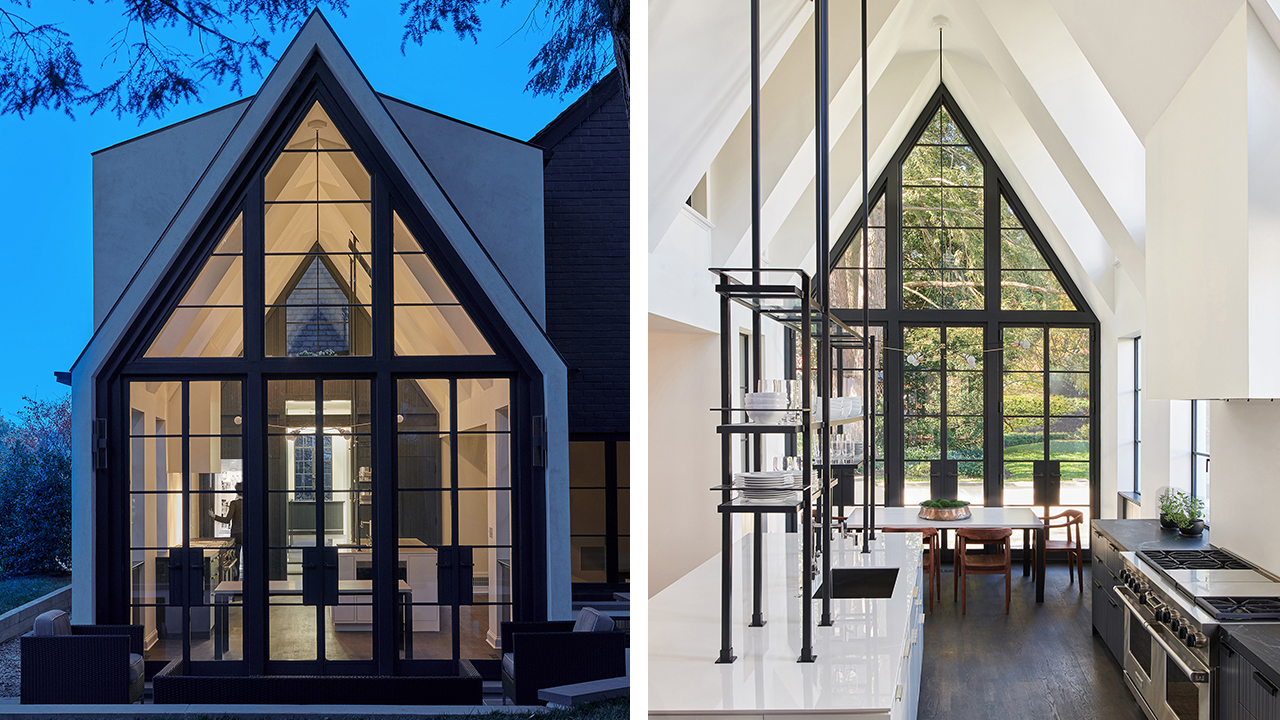 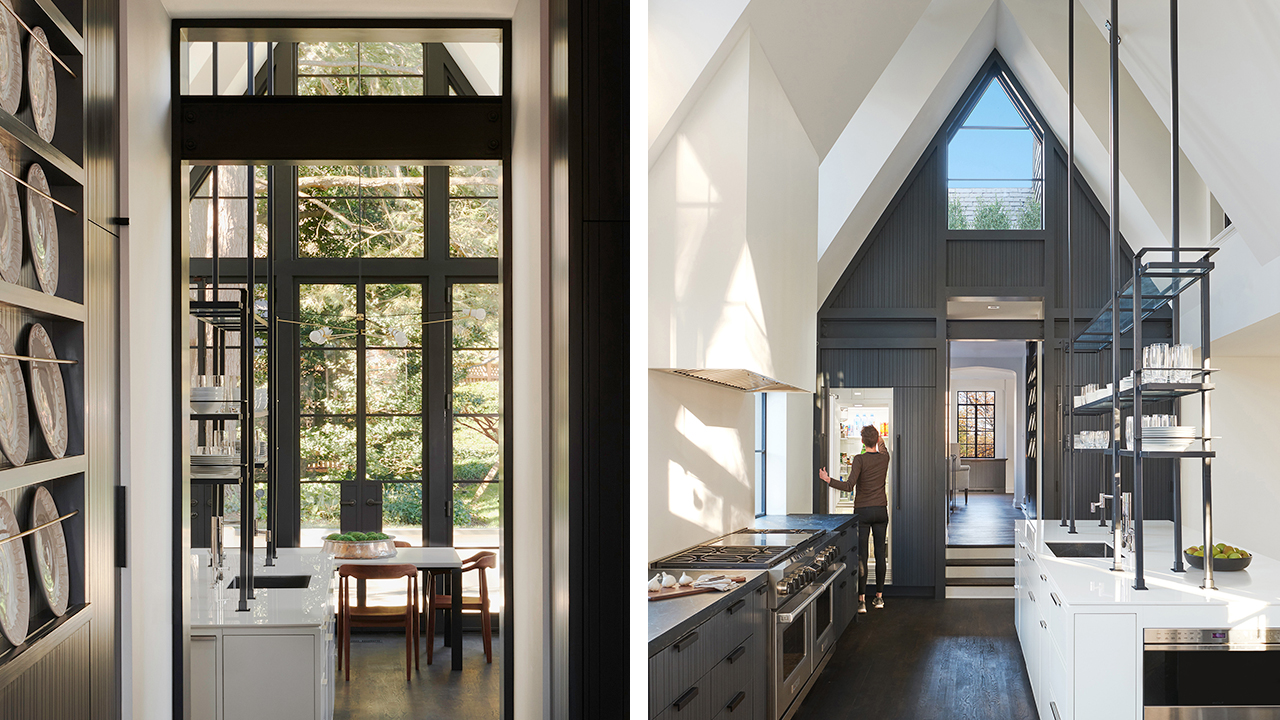 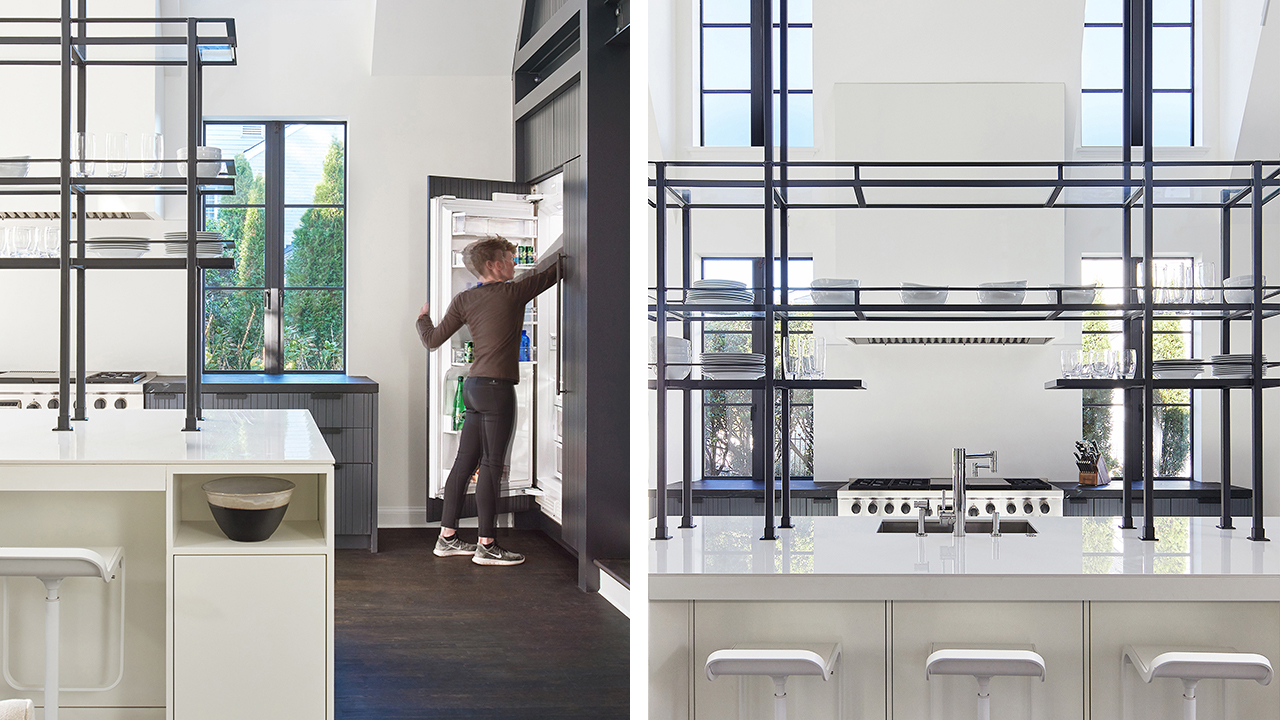 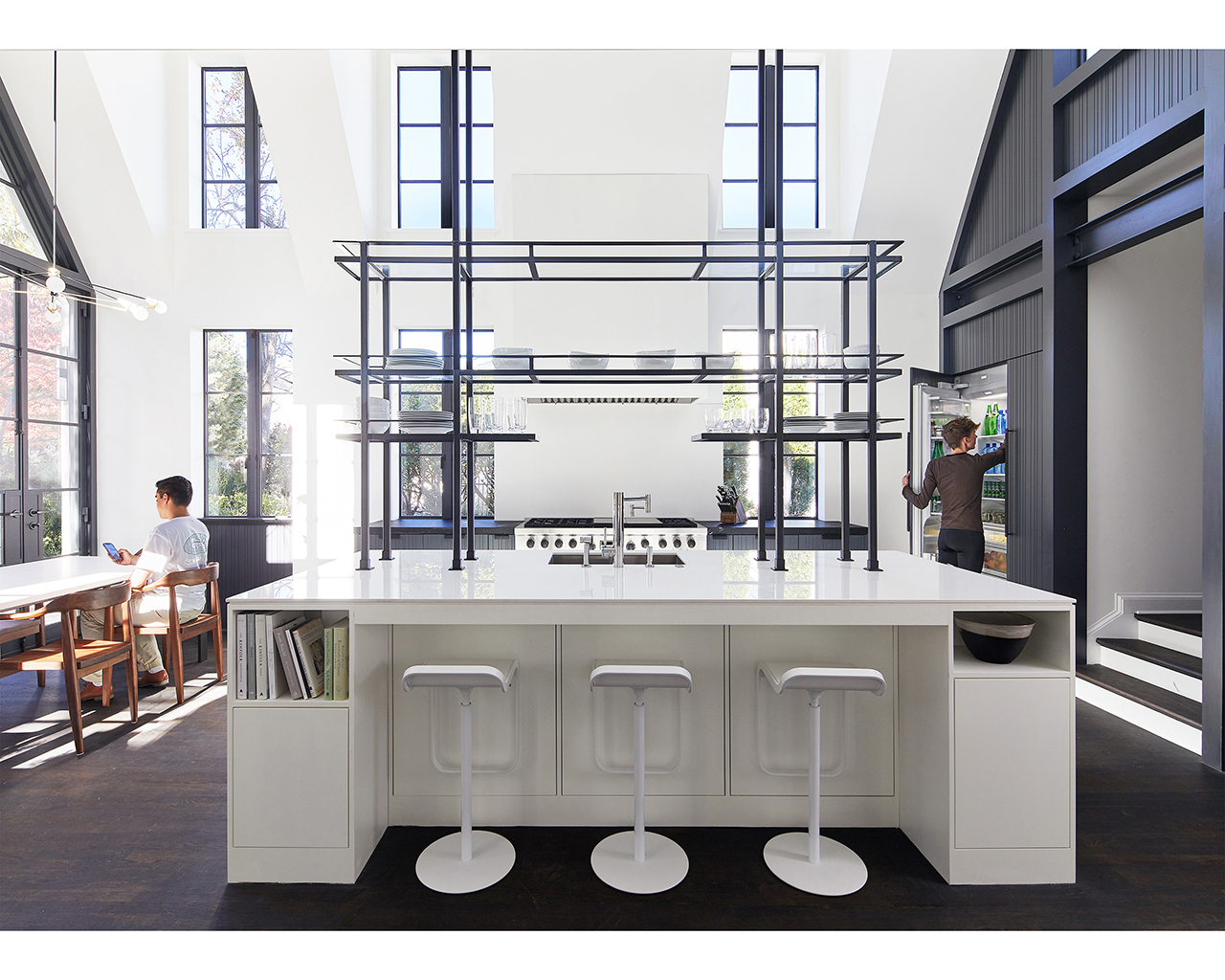 Although an initial plan had been laid out according to function and logistics, the design gained momentum as the company focused on the dreams and aspirations of the clients. Goals included a space unique and modern while simultaneously respecting the existing Tudor and a kitchen that was clean, open and airy but still provided everything a chef would need to be at an arm’s reach.

Like the existing 1940s Tudor, the white, simple walls of the addition are a backdrop for black metal architectural elements that include island shelving and steel I-beams with exposed bolting. The original machine-age steel windows are cues for modern kitchen applications: a 13-foot-tall steel tower, which has metal elements similar to the window members and existing steel doors. 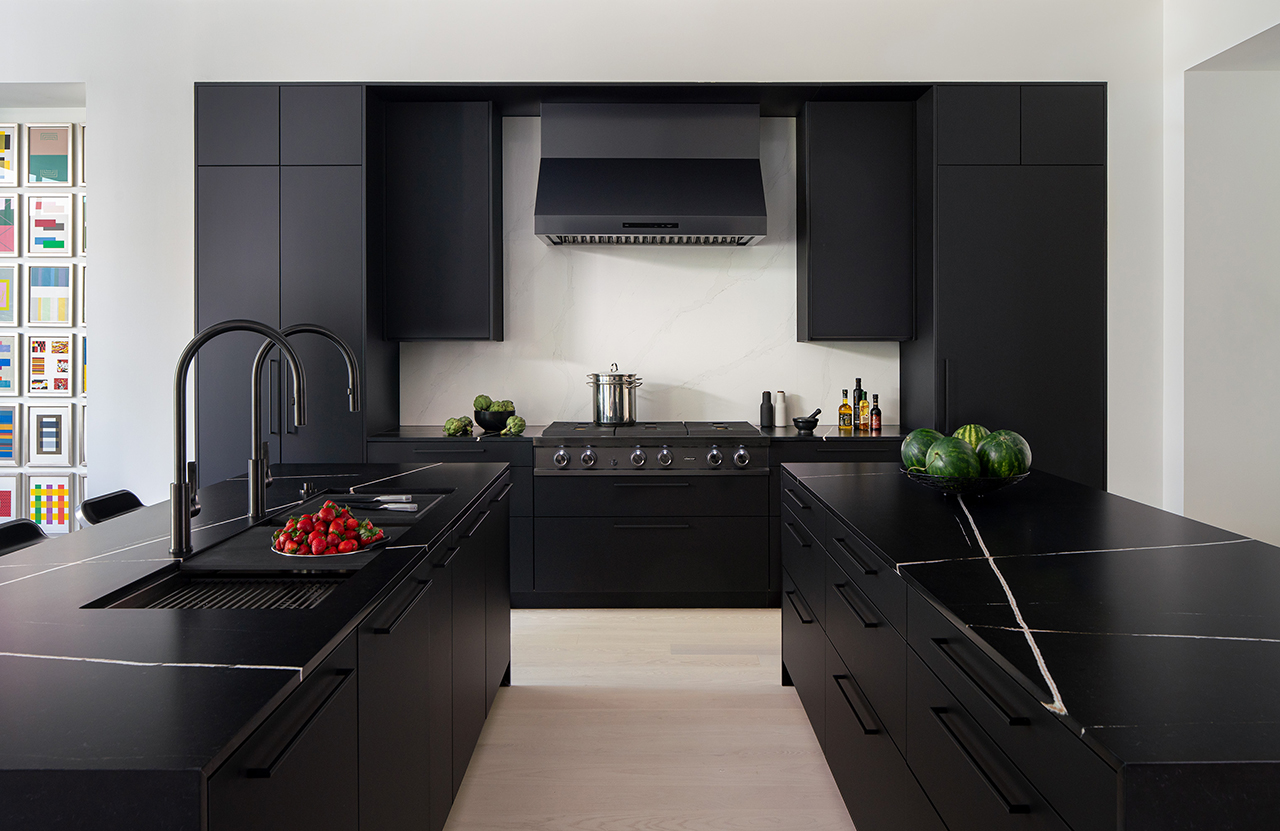 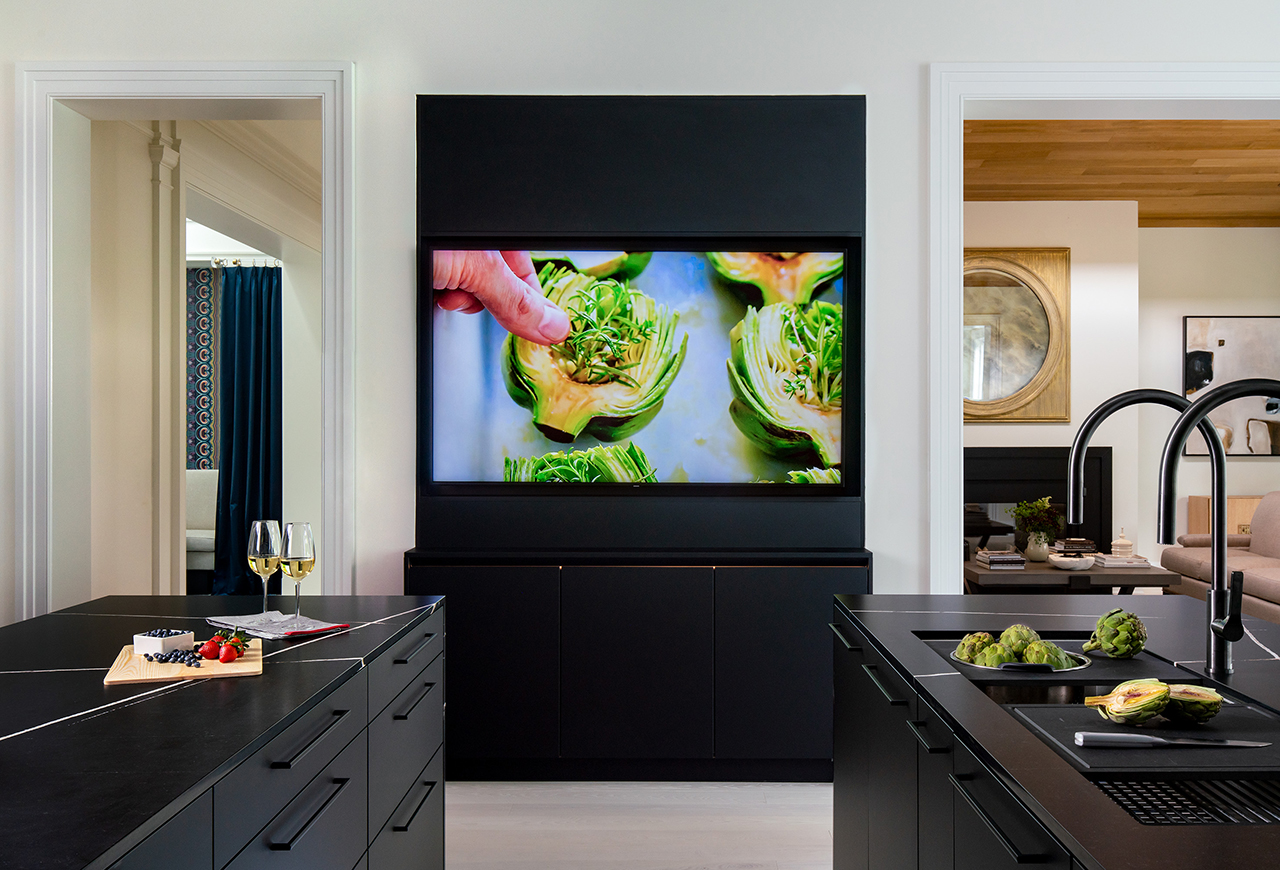 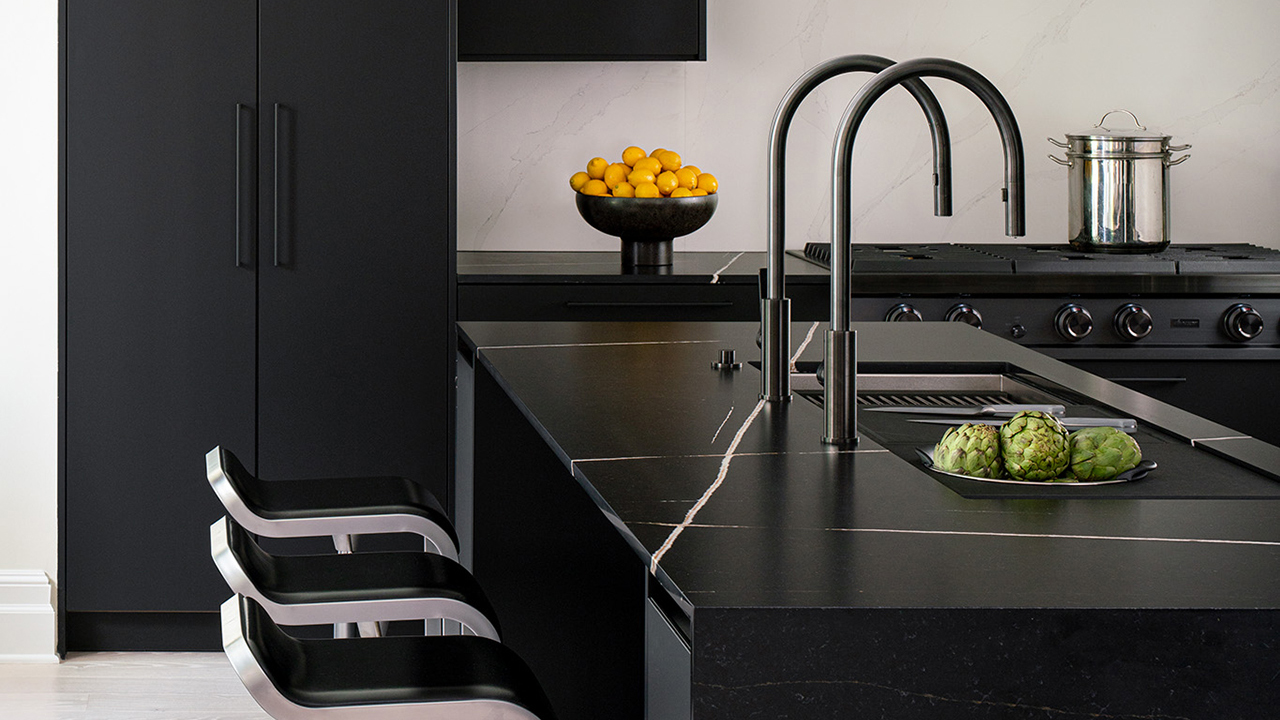 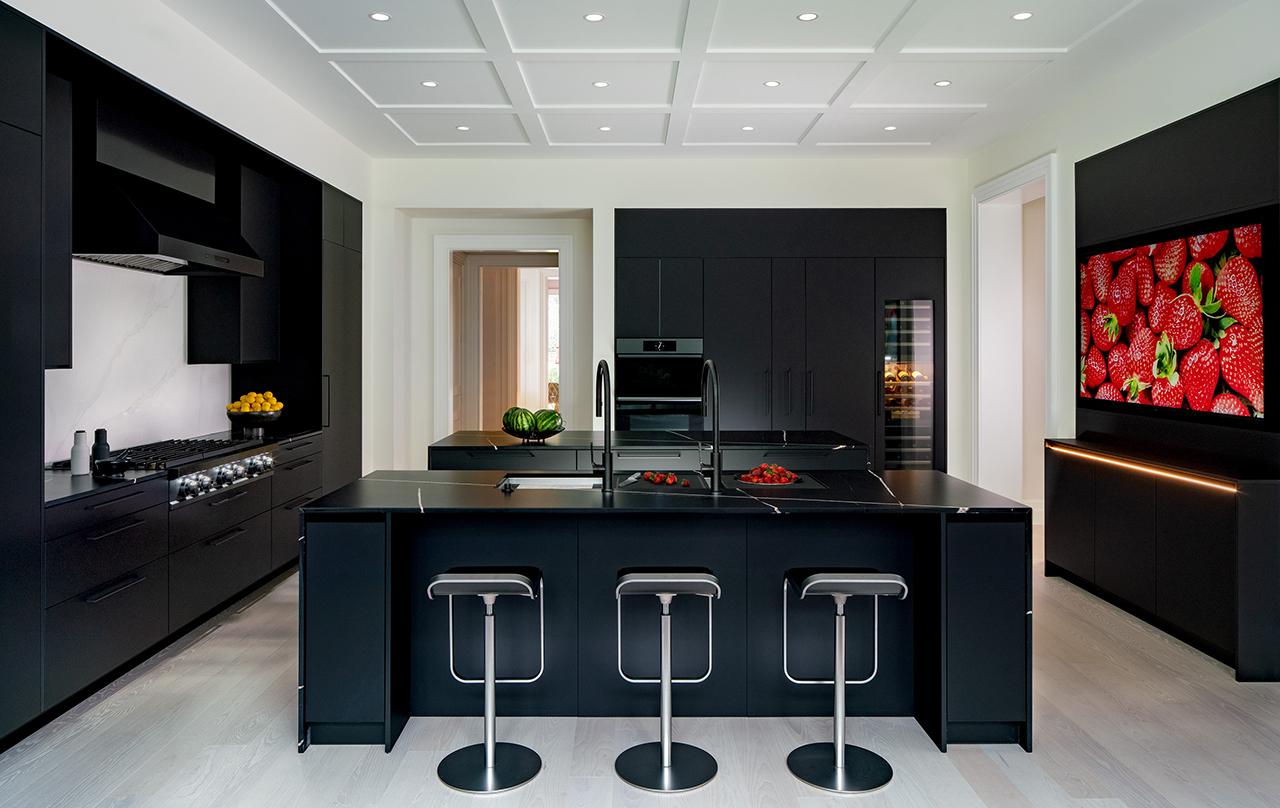 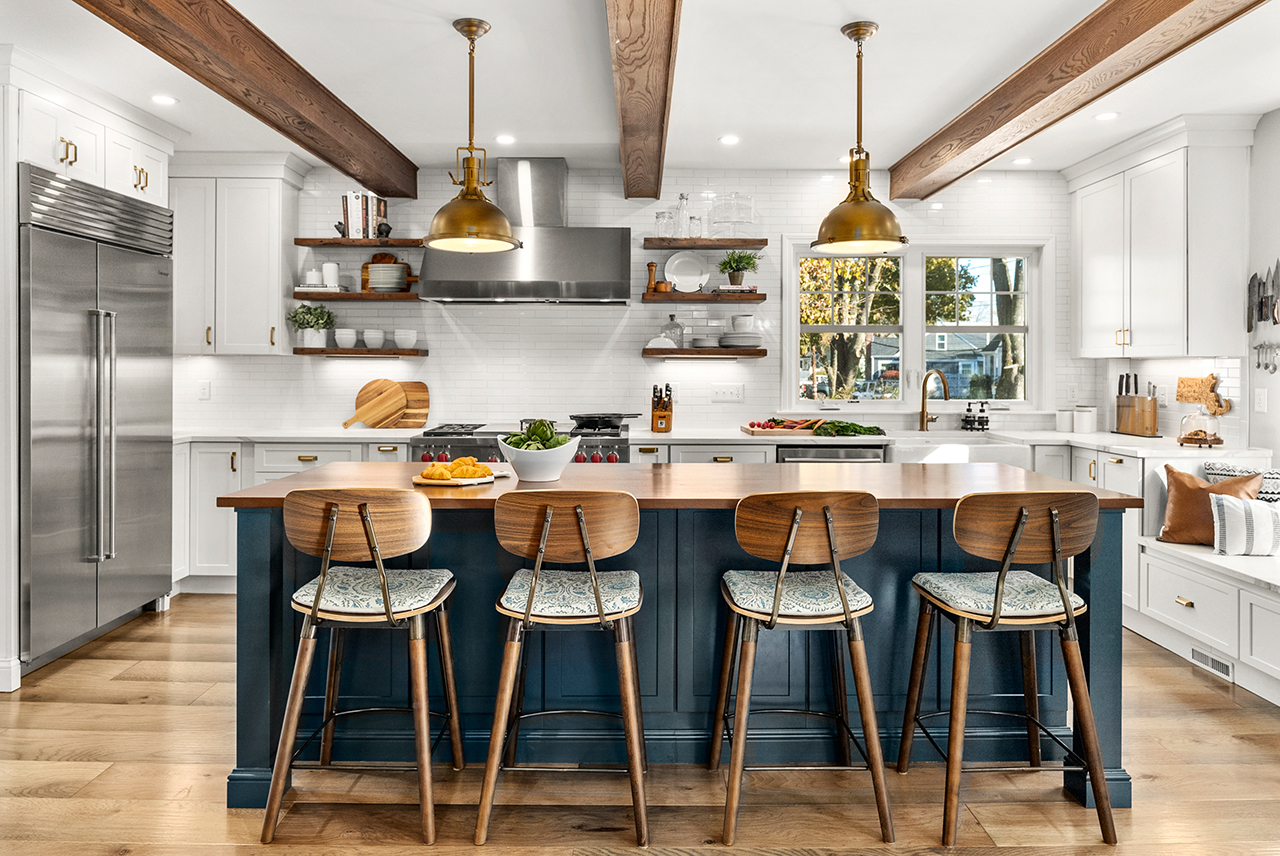 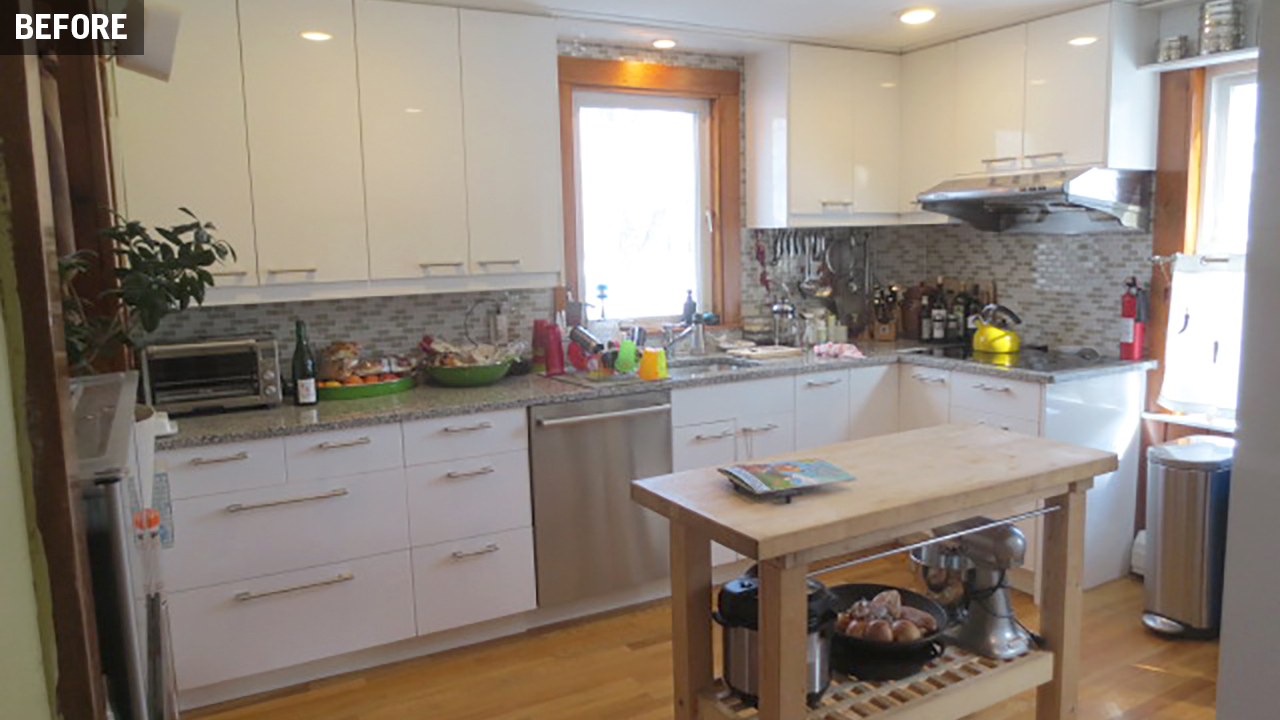 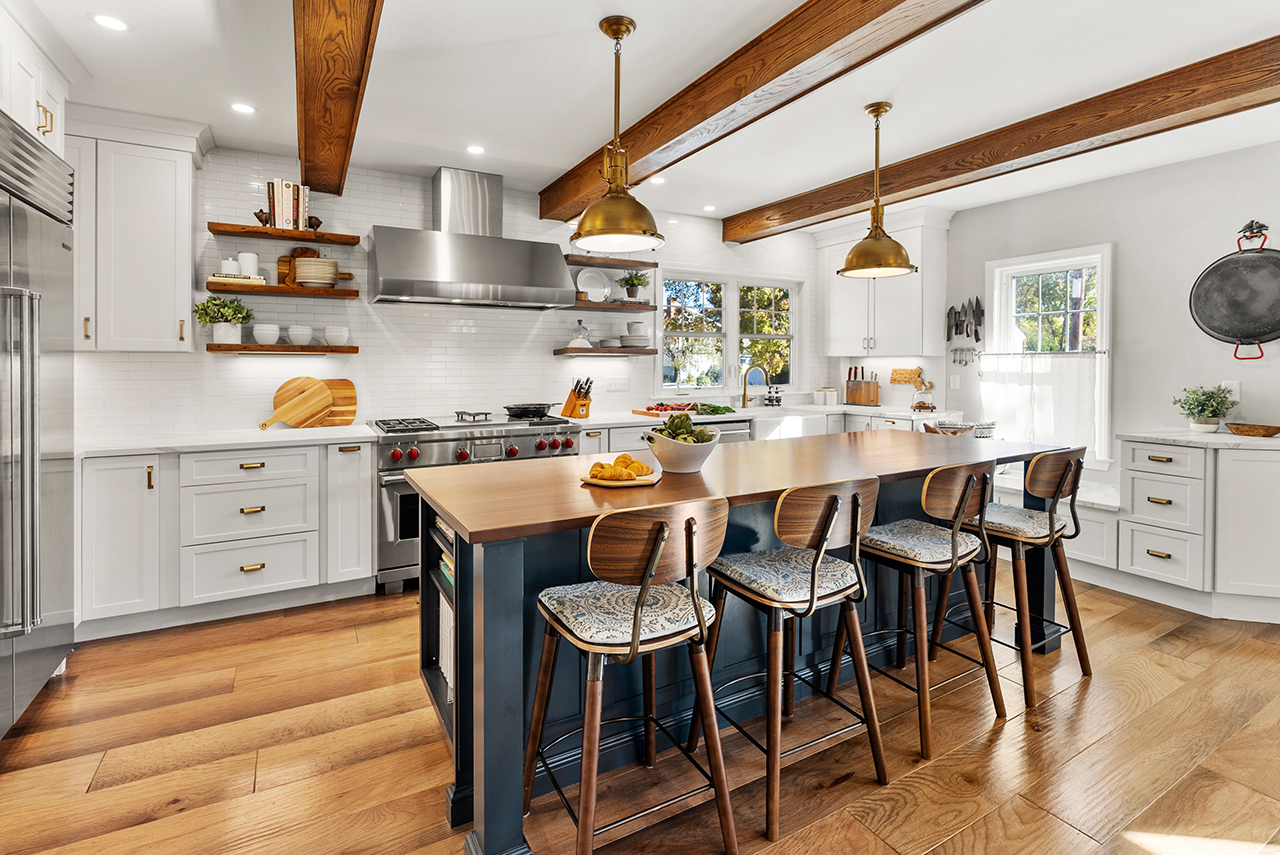 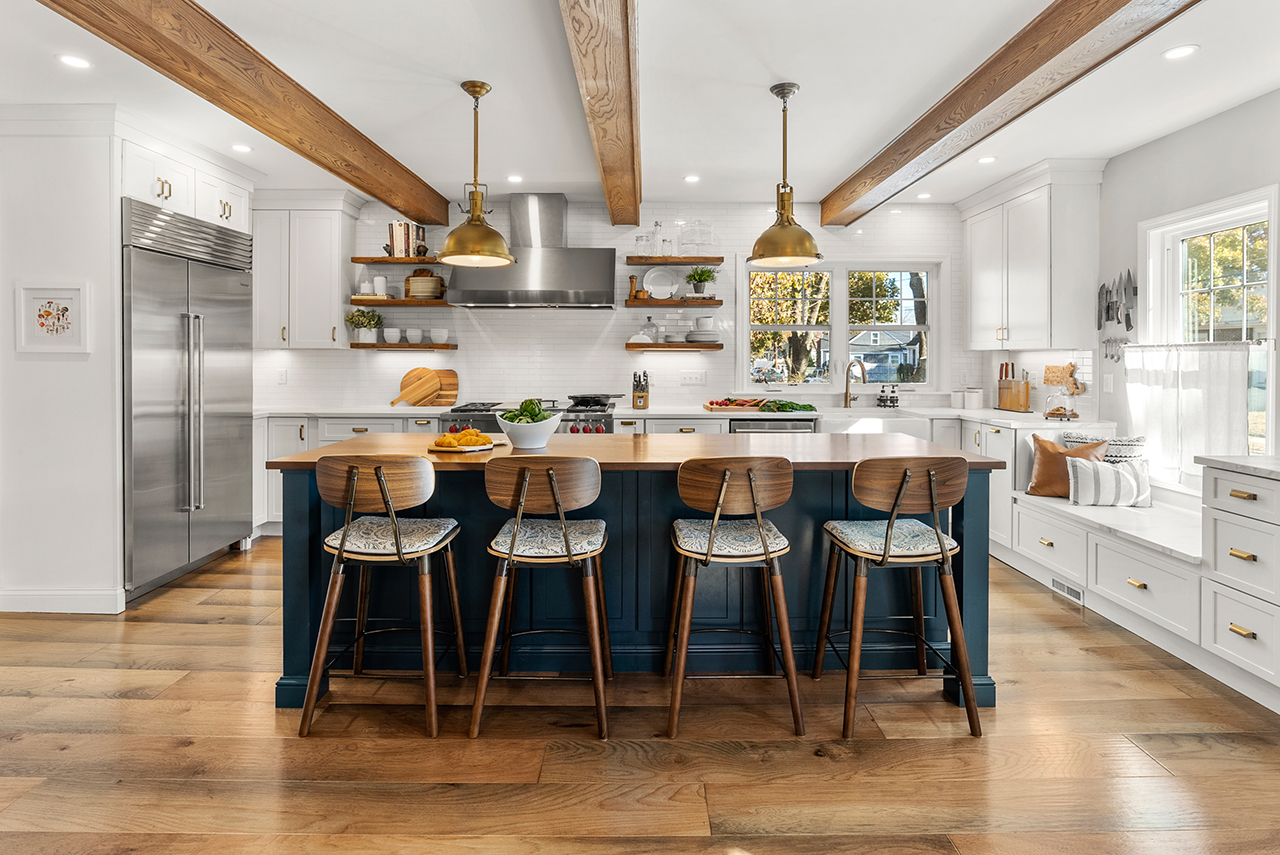 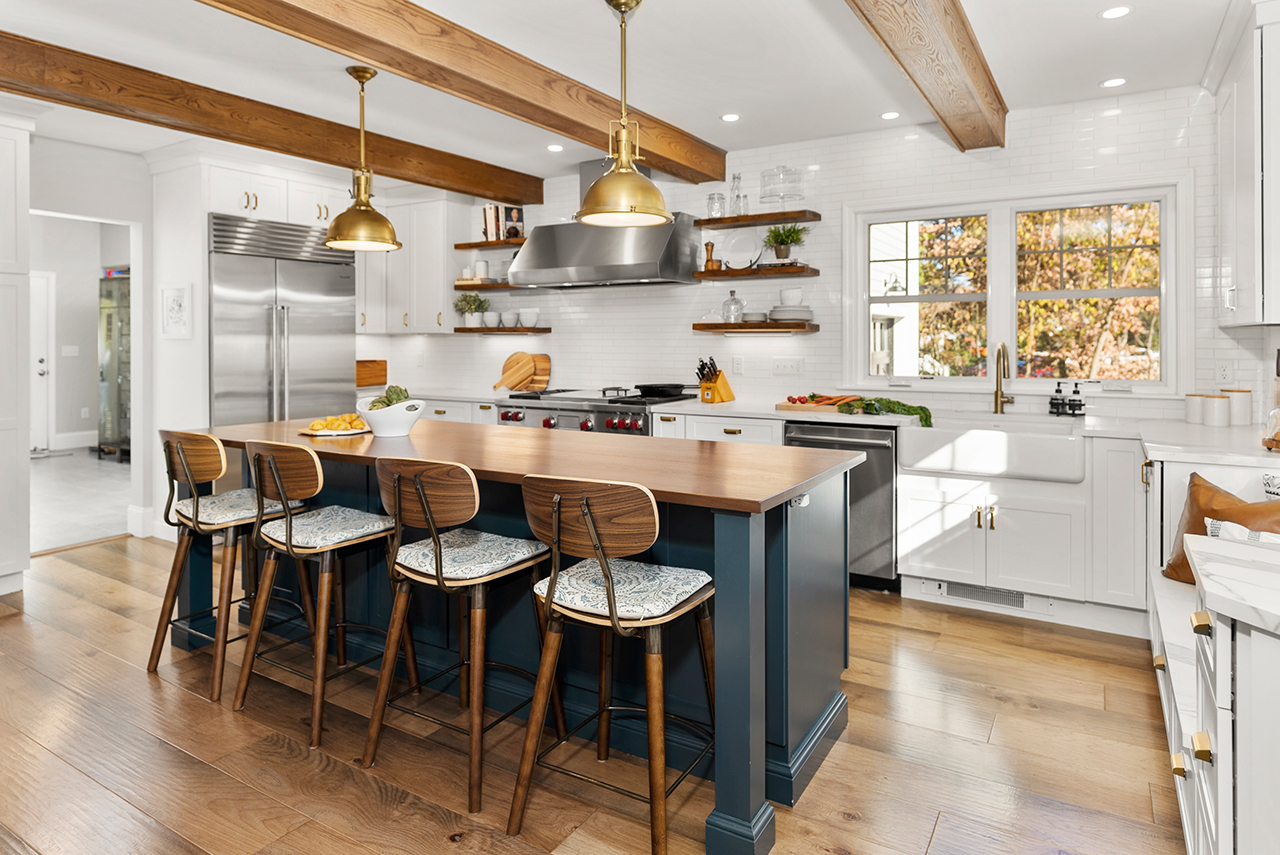 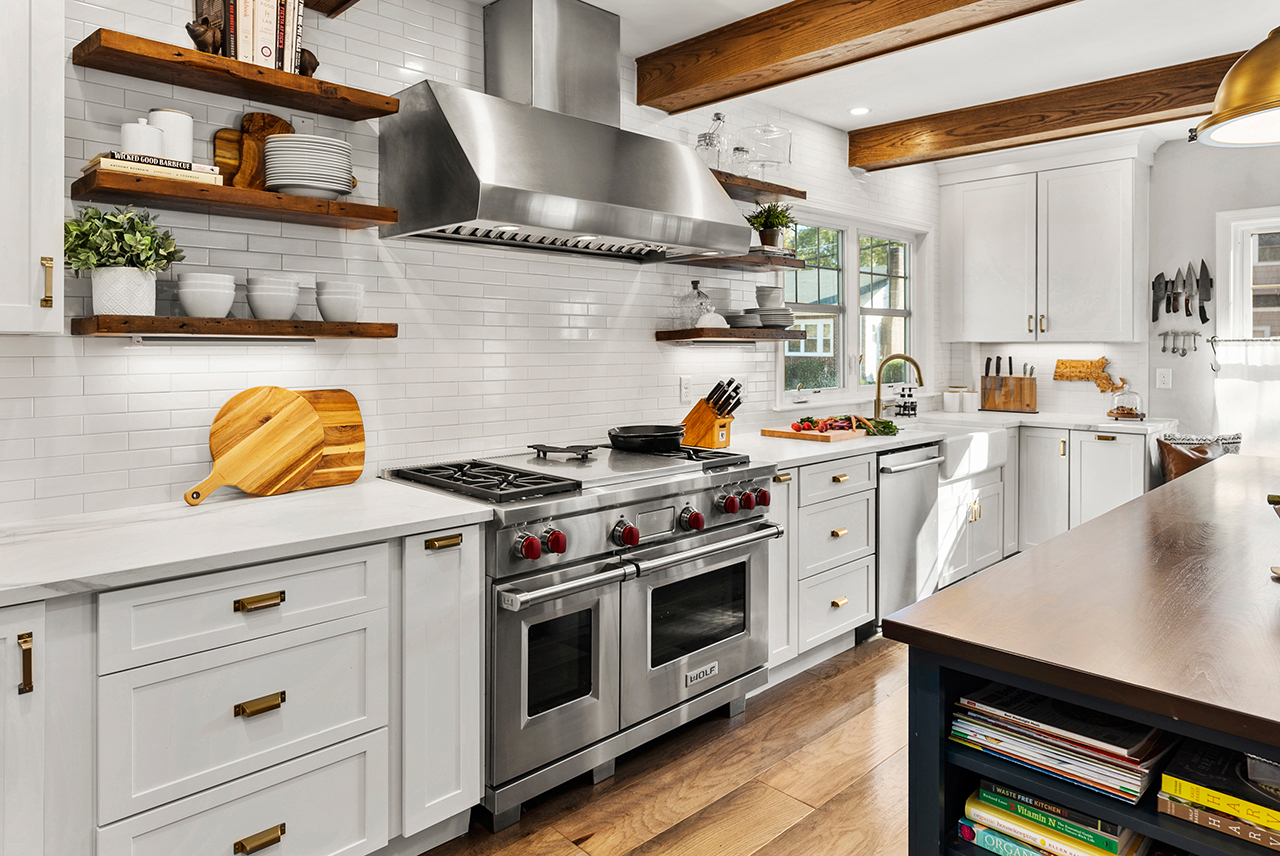 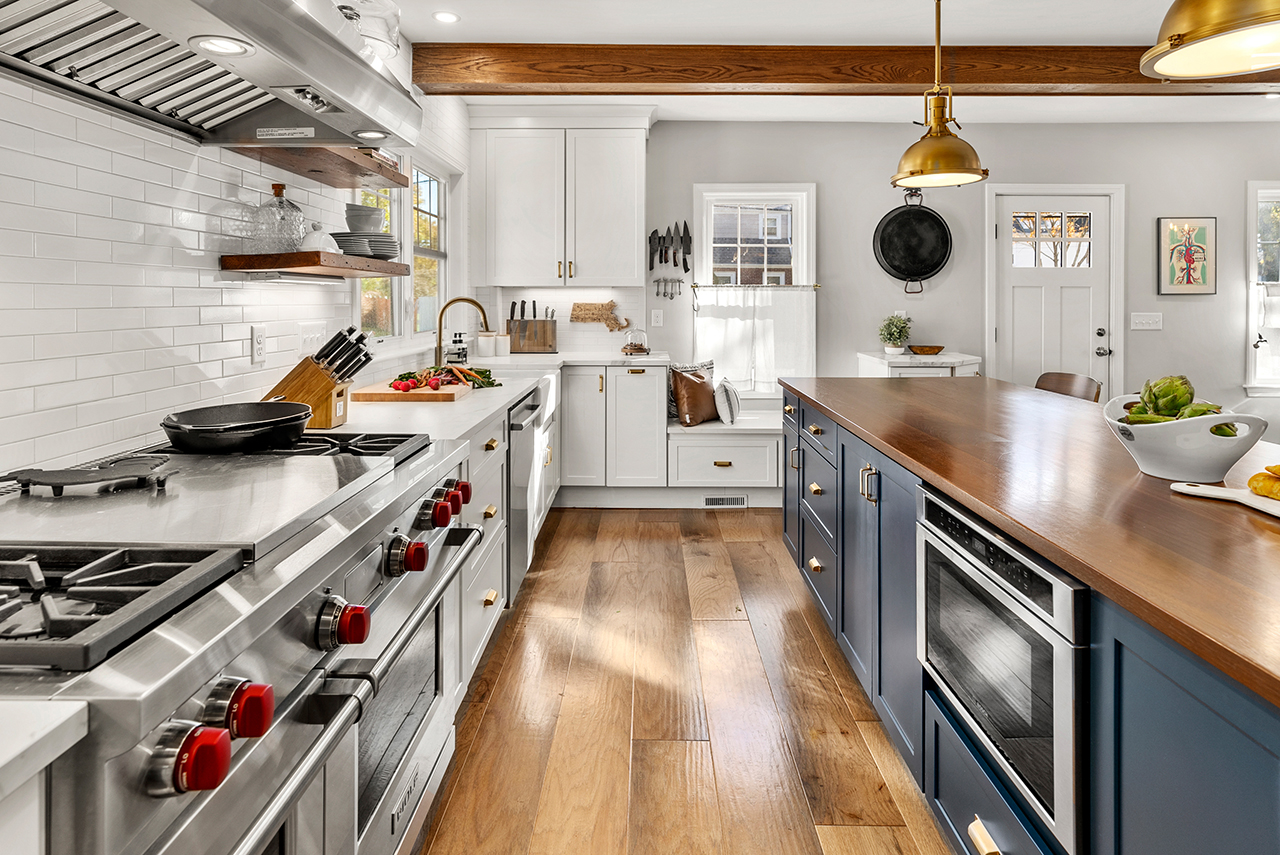 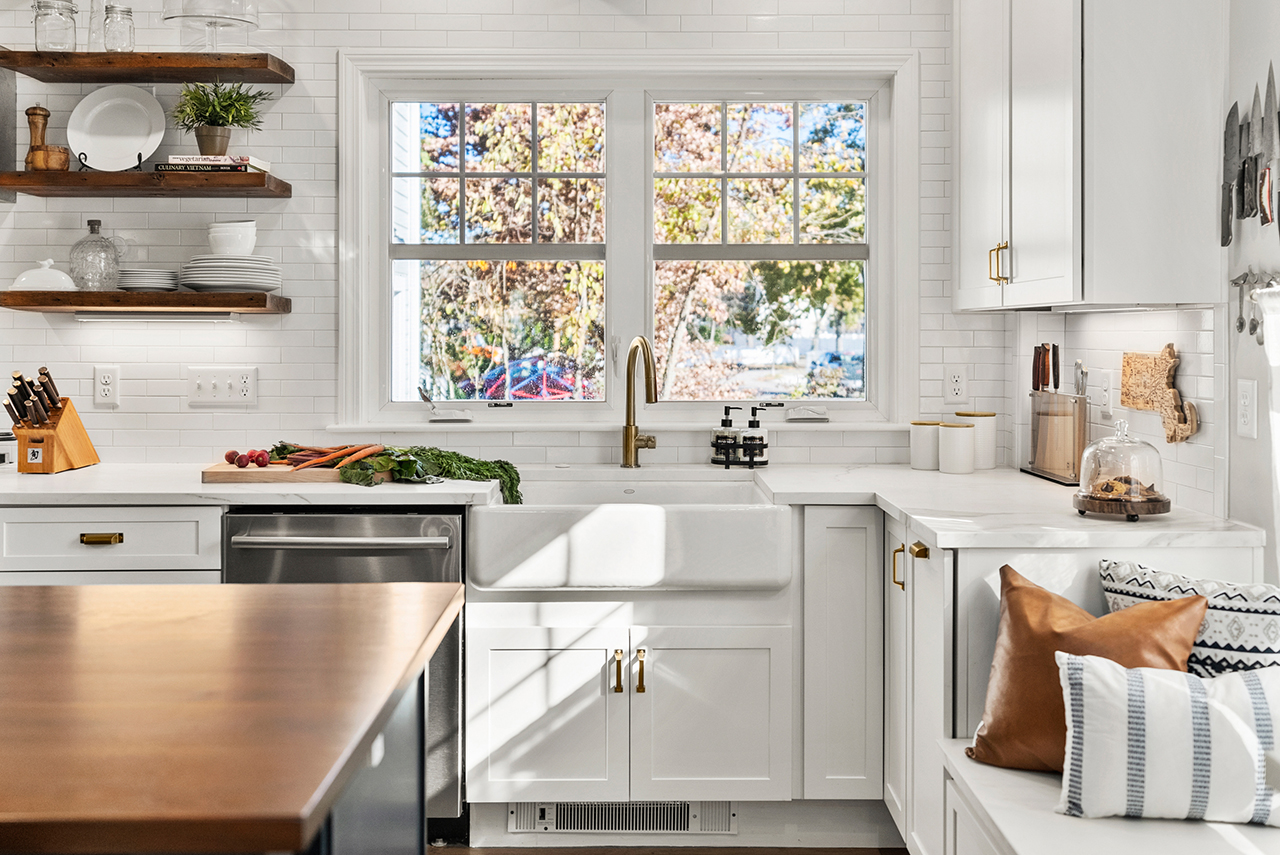 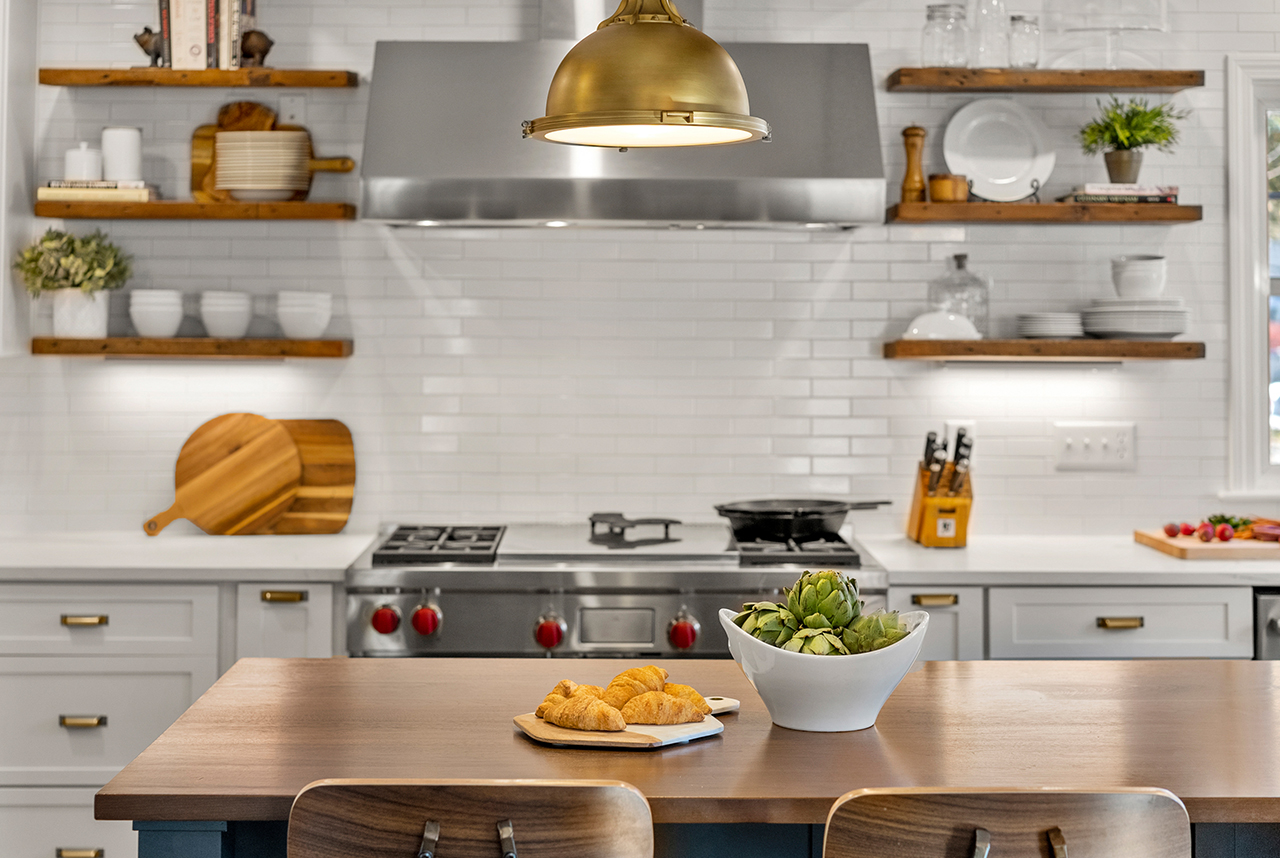 One of the biggest challenges was figuring out how to balance the structural needs with the design aesthetic. Because they removed two walls in this space, they needed to add beams to support the load. The problem was the size of one of the beams did not allow it to be buried in the ceiling, and the beam was going right through the kitchen and was going to end up landing right where the hood was supposed to go. That would not have worked aesthetically.

To combat the beam issue, they first tweaked the cabinet layout, so the beam did not end up hitting the hood. This solved the problem of finding space for this beam but did not help with the look. They not only clad the structural beam in wood but also added two additional non- structural beams on either side of the load bearing beam to turn the structural need into a design feature that looks intentional and seamless.

To work around the lower window, they made a little bench area. In the photos, they have it staged as a little spot to sit and look out the window. The client loves houseplants and wanted a space for her plants to thrive. The decision was made to make that a “plant bench” for potted plants and herbs.