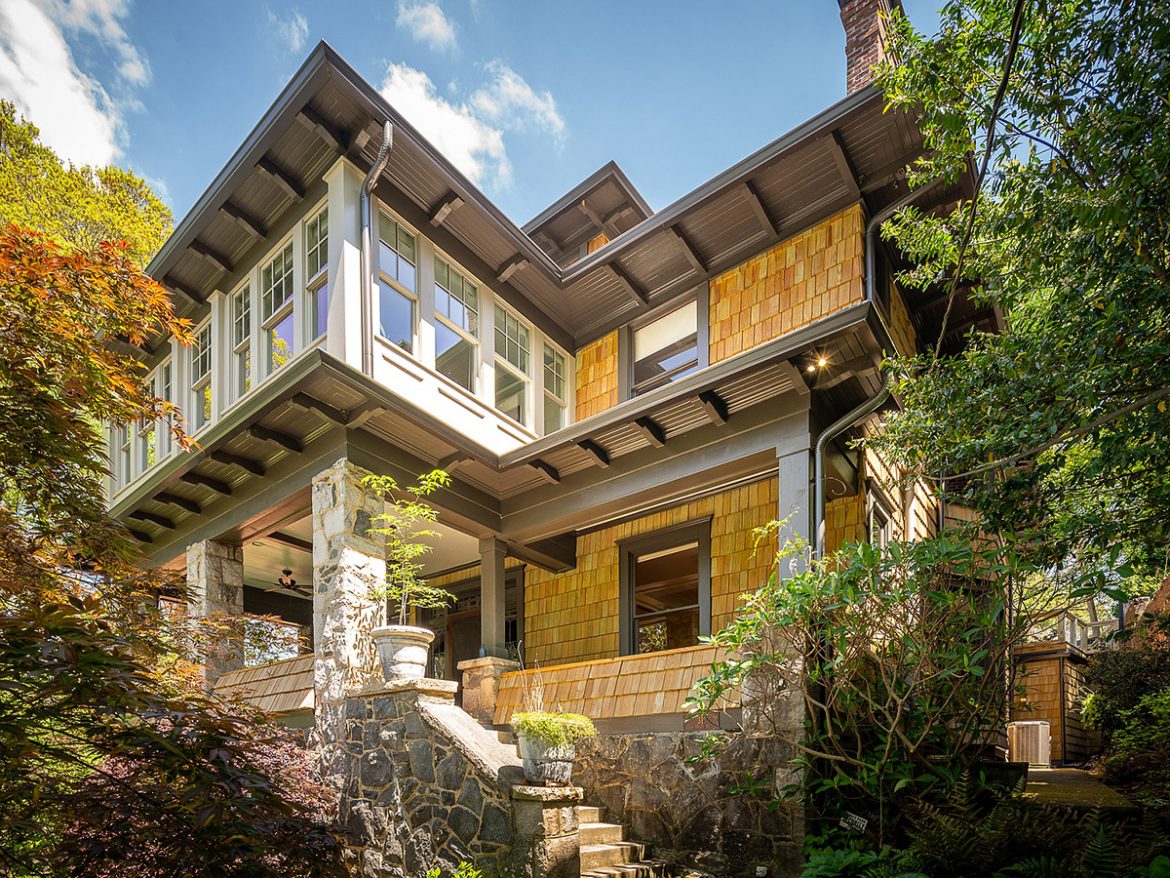 This was a large-scale project that was equal parts restoration and renovation. The 1906 home was a grand structure in its day, but it had fallen into considerable disrepair over the years. The original architectural elements were brought back to life while new materials were merged in seamlessly. The end-result is a home that is steeped in historical charm and suitable for modern-day lifestyles.

The clients wanted to design and build the existing 1939 barn into their family home. They wanted a Scandinavian feel for the interior. The exterior was to have a warm yet updated look. In addition, the client wanted a bank added to the barn for easy access from the main floor to the outside. They wanted the bank to look original. Thus, no steps were installed, and grass was seeded. The company utilized radiant heating, energy-efficient windows and high-density spray foam insulation to save on utility costs.

This renovation of a historic home is full of details and dedication. With each transforming moment, the once-daunting project became a welcoming home. From the entry, the use of modern wallpaper in a historical print catapulted the project forward. Updated lighting enhances the interior spaces while offering modern LED conveniences. The use of historical colors throughout respectfully complements the structure, whereas soaring cabinets in the kitchen and butler’s pantry beg the eye to look up amid stately coffers above.

Only two weeks after these owners moved from the East Coast into their recently purchased house, a tragic mud flow–caused by a large wildfire in the local mountains, followed by torrential rains–destroyed one-third of their home. As a result, their plans for a minor remodel became a disaster recovery. The rear yard, significantly devastated by the mud flow, is now one of the most eye-catching parts of the home. It includes a pool with spa, fire pit, lounge seating, and small outdoor kitchen/BBQ. A reinforced retaining wall was added to the backyard to prevent future flooding and debris flow from the adjacent creek. It adds a beautiful framework for the garden. The wall of French doors on the refurbished sunroom showcases spectacular views of the new pool, garden with antique yellow roses, and the mountains beyond.

The 2022 Chrysalis Awards for Remodeling Excellence