Partners Zak Fleming and Marc Black seized on opportunities to grow through mergers as well as through business extensions that earn profit and reduce cost. 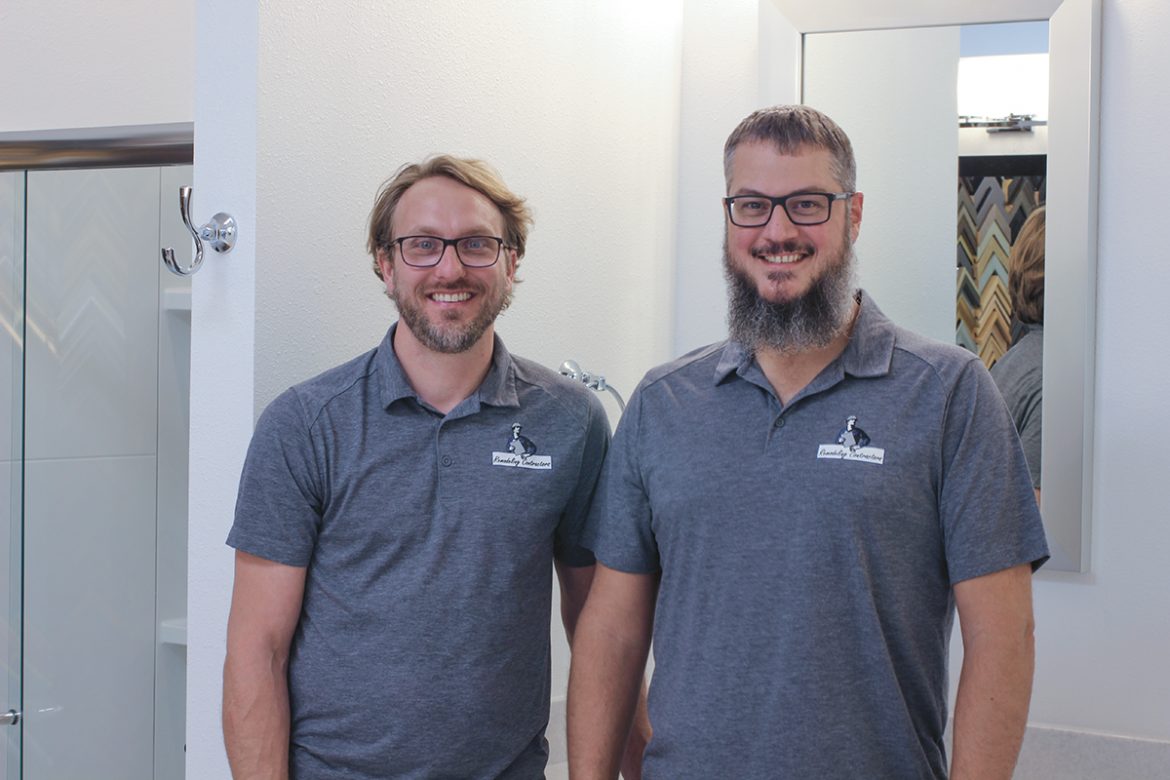 Entrepreneurs by nature are multipliers. They see the possibility and potential in everything. That characteristic is what sets apart the business partnership between Zak Fleming and Marc Black—two relatively youthful remodelers in Des Moines, Iowa, who have stuck to their knitting as design-build remodelers and have grown their business step by step, methodically.

At the end of 2019, the duo operated Fleming Construction with $1.5 million in revenues. It was then that their mentor Rollie Clarkson, owner of Remodeling Contractors, let it be known that he was ready to retire. Black and Fleming quickly broached the idea of a merger.

By March 2020, the details of a merger were spelled out. Fleming and Black would buy all of Clarkson’s tools and equipment. They had negotiated a price for all the company’s goodwill and other intangible assets, which would be paid to Clarkson at closing. Clarkson also agreed to stay on with the merged entity doing sales for a period of three years. Then COVID hit.

“If we had not been so far along in the process, I think we might have tabled the merger,” Black says. Fleming agrees: “We tend to be pretty conservative with our investable funds,” he says.

But they went ahead with the merger, and it has been paying dividends ever since. The company assumed Clarkson’s company name, Remodeling Contractors. They also took over Clarkson’s very strong website and domain name: remodelingdesmoines.com. By the summer of 2020, remodeling leads were flowing, and the newly reconstituted Remodeling Contractors with Fleming and Black at the helm was capitalizing on a booming market. Last year the firm billed $3.1 million in revenue on 26 jobs, up from $1.8 million on 19 jobs the year prior. They expect to hit $3.9 million this year.

“The results have been amazing on many levels,” Fleming and Black wrote in their application for the 2022 Fred Case Award. “We love our working relationship with Rollie. His team has integrated well with ours. The overall growth of the business has exceeded everyone’s goals and expectations, including our profitability.”

About the time the company approached Clarkson in 2019, Fleming and Black had launched a time-and-materials handyman division. This involved two moves. A longtime field employee was moved over to fulltime handyman, and a coordinator was hired from the outside to sell and schedule the jobs. Today the startup division is billing nearly $400,000 at a 38 percent gross profit.

Another change came soon after. Amid the throes of the pandemic, Fleming realized that he could no longer keep up with all the electrical contracting duties within the company. (Fleming is a licensed electrician.) So rather than hire outside electricians, he applied to have the company be approved as an accredited electrical contracting apprenticeship program. The company is now months away from having one of its own employees graduate to become a fully fledged, licensed electrician. They are already lining up the next apprentice for the program.

The company is now looking to expand into similar apprenticeships for carpentry, drywall and painting. “In working with the Department of Labor, we started a three-year carpentry program with one of our current laborers as our first apprentice,” Fleming says.

But that was not the end of their business moves. In 2021 their main supplier for framed mirrors said it was closing. Fleming and Black knew the owner very well and soon negotiated the purchase of his company. The owner has stayed on to run the business. This has helped keep their remodeling project timelines flowing well during a time when it would have been difficult to go out and find a new supplier.

More recently, Fleming and Black have taken steps to launch a cabinet shop, one that will have a separate P&L and will ultimately serve the broader market. The cabinet division will launch this fall and will be led by a cabinetmaker partner who has helped identify the capital equipment that will be needed to get up and running. Among the items purchased to date is a $20,000 CNC router. These will be high-grade cabinets purchased on favorable terms and on more predictable timelines, Fleming says. All the new businesses will run independently while complementing one another.

“They all have the ability to cross brand into each other and feed each other business,” Fleming says. “A design-build client can hire our design department to design a project that our build department produces. Our build team then uses our in-house carpentry and electrical departments to perform their work. The build department also can purchase custom-framed mirrors from our in-house frame shop for the project. Eventually, the design-build company will also purchase cabinets from our cabinet shop, as that will run as a separate entity.”

That’s a good summary of entrepreneurship in remodeling. Fleming and Black see the synergies and are investing capital and sweat equity to make the entire entity grow and prosper. QR