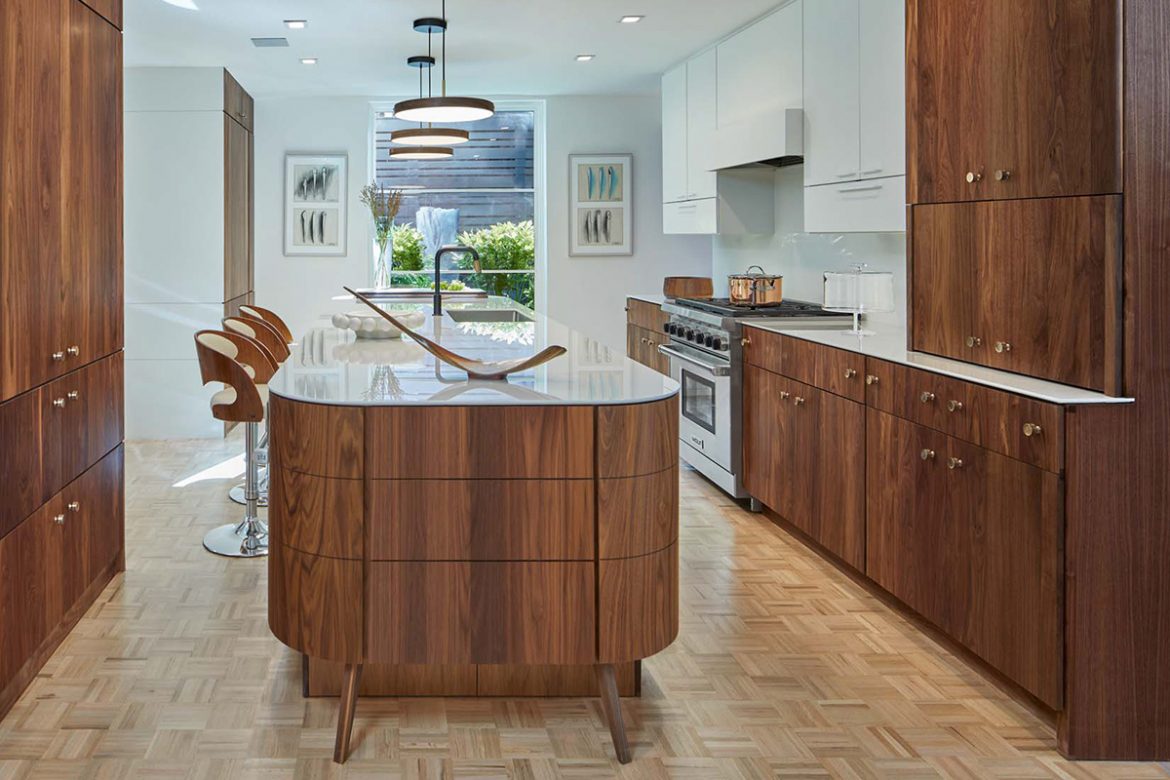 Along with the common concerns of limited space and money, the homeowners had two novel goals. First, the young family of three had two cats who were also considered clients. The second was a result of an innovative sense of style coupled with their youth: to embrace the nature of the 1970s home. Because of COVID-19, the kitchen had to be redesigned to reflect a different world.

By using simple, primary shapes in the island and pendants—and emphasizing them in contrast of white and dark wood—a graphic playful countenance is evident. The selection of a dynamic grain of figured walnut also contributes, as this once-living material and its sinuous grain adds motion, rhythm and scale. The design sought era-specific furniture and materials of the decade.