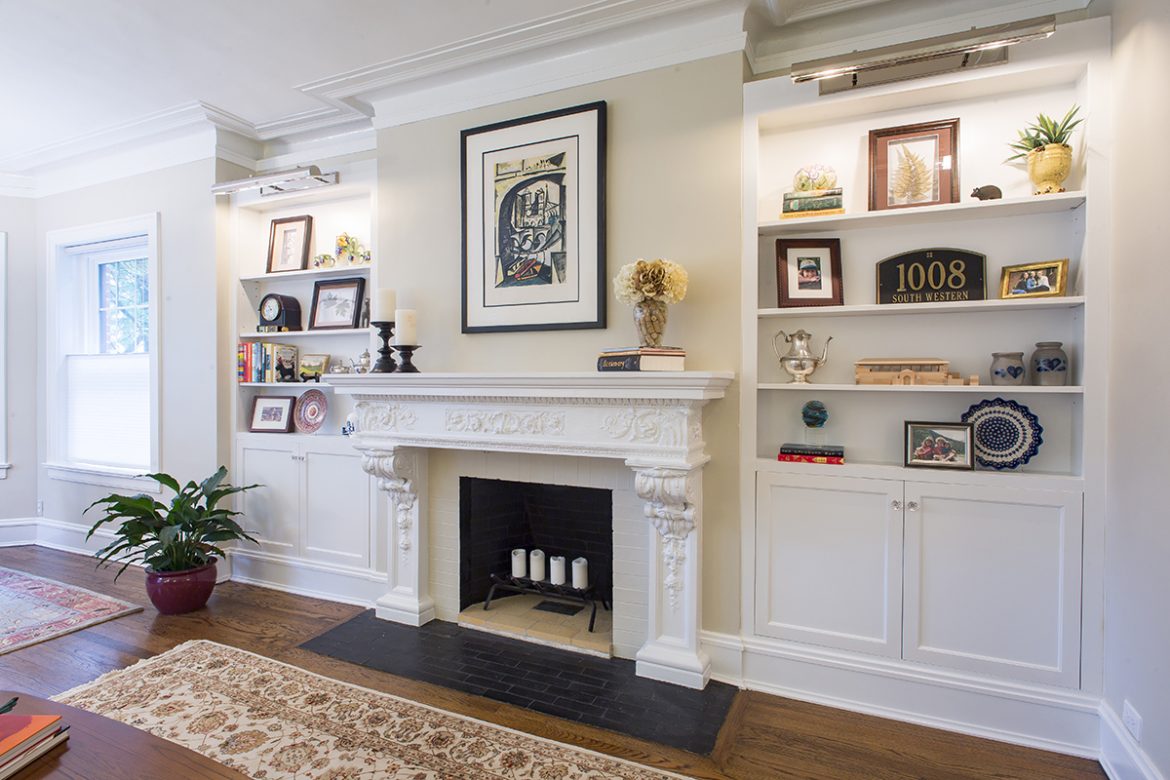 The clients wanted to preserve the 100-year-old character of their home, while still adding modern functionality. The designer reimagined the kitchen floorplan to improve the utility, openness, and visual impact of the kitchen, while also updating the nearby powder room and installing an in-unit washer and dryer.

The team ran into a variety of issues, from a lack of counter workspace in the kitchen to a blocked-off airshaft with dark “interior” window in the powder room. One of their goals was to reveal a window that had been boarded up behind the old cabinets in the kitchen. They also wanted to widen the opening between the dining room and kitchen, to fix the awkward existing dine-in area, as well as increase storage in the living room around the fireplace. The homeowners felt that their connecting hallway was dark and “wasted space,” so the team also had to figure out a way to open that up.