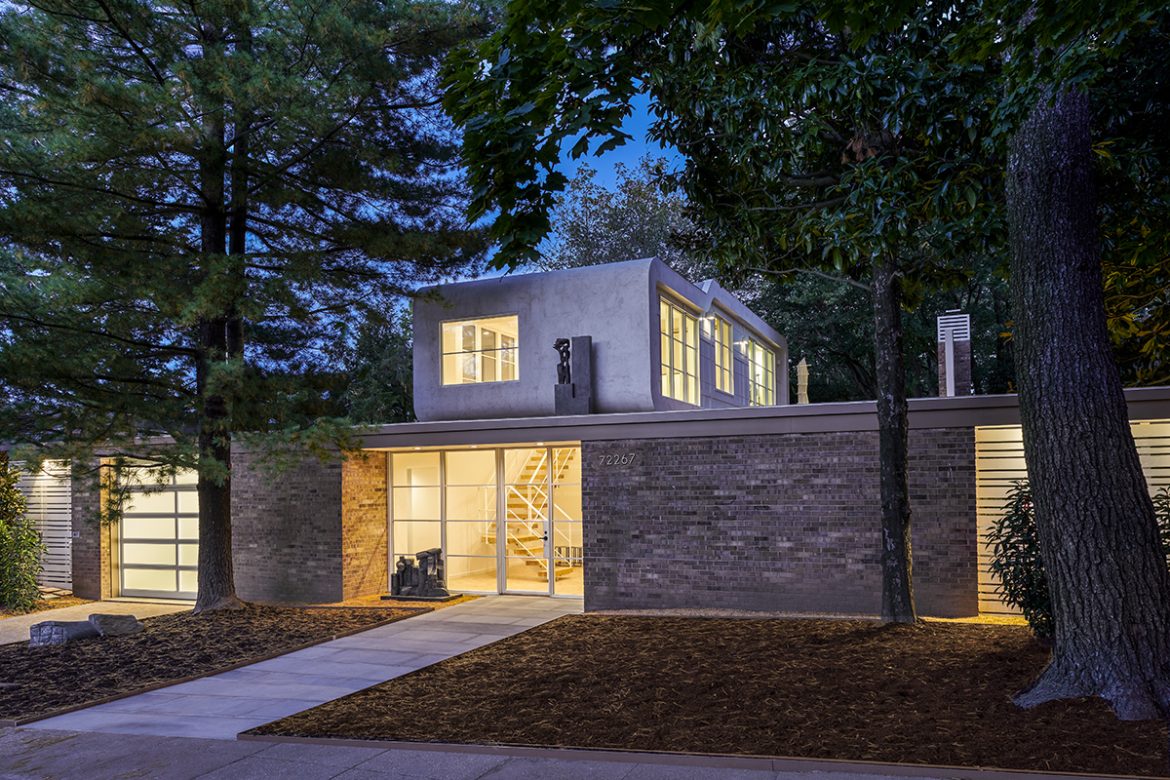 The single story, flat roofed home, built in 1970, exemplified architectural principals more often seen in commercial rather than residential builds of that era. A near perfect square, it remained untouched save a rear bedroom addition and cabinet replacement making it both notable and an exception in a neighborhood of expanded colonials. This made preserving the existing architecture worth saving even though the submitted program provided by the owners added a score of rooms to the existing home

Some challenges the design team faced included the function of the home; the original owners designed the home to function as a gallery, which left the home with excessive display walls that isolated walls, redundant refinishing areas, and a windowless front façade designed to avoid theft and sunlight. This was not an ideal set up for the family of three who had purchased it. The team removed the gallery walls to de-compartmentalize the living spaces, and helped to clearly define the zones of the home.