Professional investors surged deeper into this segment while firms grew even faster with the latest tech-based systems, bigger brand names and attractive workplaces. (The full 2022 TOP 500 list will be released Monday, Aug. 15) 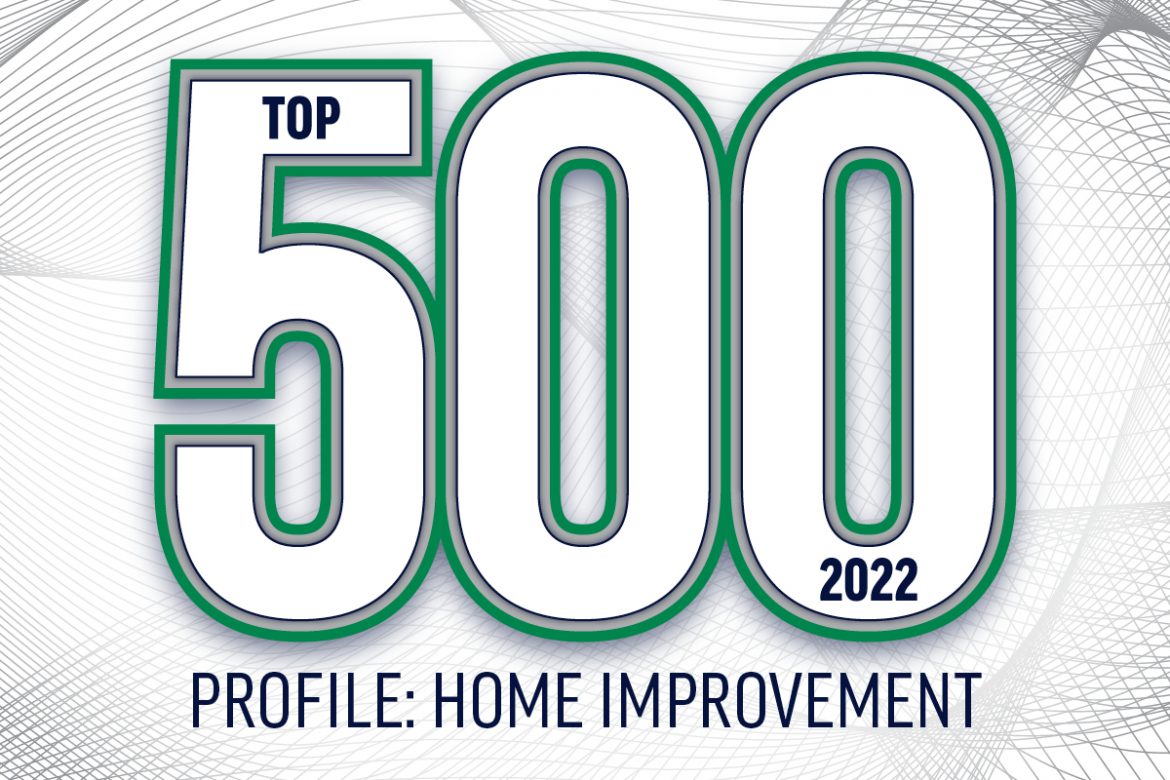 Among the dozens of home improvement company entrepreneurs who sold their businesses to outside investors over the past 18 months, Ryan and Mike Redman’s sale of Indianapolis-based New Bath Today (No. 58) is emblematic of the group. Experienced in the fundamentals of lead-generation and in-home sales from prior ownership of sunroom and roofing companies, the duo quickly excelled in the bath business and did not anticipate selling it.

Launched in 2016, New Bath Today had grown quickly billing $22.1 million on 1,419 jobs to rank No. 78 on the Top 500 list in 2020. One year later, the firm had nearly doubled in size to $36.8 million on 2,338 jobs. And by the time Atlanta-based startup SageHome, backed by Cairngorm Capital Partners LLP, completed its purchase of NBT in May, the firm had expanded to six states with offices in Nashville, Columbus, Ohio, and Michigan in addition to its Indianapolis headquarters.

Details of the purchase were not disclosed, but Mike Redman told Qualified Remodeler that it was an all-cash transaction priced in the higher ranges of multiples being offered at the time. In the recent wave of acquisitions by private equity firms, valuations are based on cash flow or EBITDA, earnings before interest, taxes, depreciation and amortization.

Well-managed firms in this sector of the remodeling industry are highly attractive to outside investors due to strong net margins ranging from 15 to 20 percent or more annually. In 2021 and into 2022, companies have been selling for anywhere from 8 to 11 times EBITDA.

Mike and Ryan Redman are staying on to help CEO Brian Hutto and the leadership of SageHome grow the New Bath Today brand. Meanwhile, they retain ownership of their roofing operation. Hutto is a former executive with Home Depot who at one point managed the retailer’s relationships with 5,000 local contractors. He later held a similar position with Best Buy.

“We are delighted to be collaborating with SageHome and are excited by the partnership,” Mike Redman said May 6. “We believe that we have found the right partners to help us advance our business, those who share our vision for growth but are respectful of our culture and will look after our people. It is a perfect fit for us and will offer opportunities for rapid growth.”

One company who does not appear on the 2022 Top 500 list but will vault into the top five in 2023 will be Dallas-based Renovo Home Partners. Led by CEO John Dupuy and backed by Audax Group’s private equity division in Boston, Renovo in short succession has accumulated some of the industry’s largest and best-known brands, among them Alure Home Improvements, East Meadow, New York; Dreamstyle Remodeling, Albuquerque, New Mexico; Woodbridge Home Solutions, Dallas; NEWPRO, Wilmington, Massachusetts; Remodel USA, Capital Heights, Maryland, and most recently Reborn Cabinets, Anaheim, California. Audax closed its first purchases just after the new year, which made Renovo ineligible for this year’s ranking.

Great Day Improvements (No. 4), with its dramatic spate of impressive acquisitions in 2021, has also emerged as a top-five company in the industry. In 2021 the company added to its existing stable of brands—Patio Enclosures, Stanek Windows, Apex Energy Solutions and Hartshorn Custom Contracting—first with its purchase of fast-growing Universal Windows Direct and followed by its blockbuster acquisition of long-time industry leader, Champion Windows.

“We believe the moves we’ve made in the last few months will enable us to create a home improvement company with the scale and scope to successfully serve the direct-to-consumer business model on a national basis,” Weinfurtner says. “We’ve taken a giant step forward on this vision by joining forces with Champion and Universal and declaring our intentions to invest in building our business. Our expanded team knows this space well and are leaders in this industry. With Great Day Improvements, Universal Windows Direct and now Champion coming together, we can provide an even better experience for our customers.”

Three other fast-growing leaders in the space also rode the wave, pushing the industry forward in 2021. After closing for three months in 2020 to effectively manage through COVID-19, Power Home Remodeling Group (No. 6) roared back, billing $746.6 million on 50,013 jobs in 2021.

At the same time, Leaf Home (No. 2) has broadened far beyond its gutter-protection roots. With the partnership of Gridiron Capital and under the leadership of Jeff Beck, and more recently Jeff Housenbold, the company executed against a diversification strategy bolstered by acquisitions of industry leaders big and small. At one end of the spectrum, they acquired Quillen Brothers Windows of Bryan, Ohio, and on the other they acquired Wisconsin behemoth Tundraland Improvements. The Tundraland purchased occurred after the new year, so its tally is not incorporated in Leaf Home’s $1.43 billion in installed sales last year, a result of 294,455 jobs.

Reunity | Titan Home Improvements, backed by York Capital and led by CEO Daniel Gluck, a former York managing director, also rebranded and diversified during a year filled with acquisitions. All the company’s home improvement brands operate under the Reunity (No. 8) umbrella but with highly regarded regional names and operators: Mad City Windows of Madison, Wisconsin, run by Nathan Richmond and Larry Closs of Louisiana-based Max Home, just to name two. MaxHome was a major acquisition for Titan/Reunity in 2021. By year’s end the combined firm’s sales were $513.9 million on 35,910 jobs. And in a significant strategic move, the company launched a technology division, Bylt, and acquired LeadPerfection, a customer-relationship management software that is used by many top companies in the industry.

West Shore Home (No. 7), based in Mechanicsburg, Pennsylvania, recently made a similar move. It purchased software development firm Design Center Inc. West Shore also expanded its territories with key acquisitions and greenfield launches. It billed $659.8 million on 57,572 jobs last year. It is rumored West Shore is planning an IPO, but that information was not confirmed by West Shore.

For his part, company founder and CEO B.J. Werzyn sees particularly big things ahead for the company in the technology arena.

“Not many will understand right away how big of a deal this is, but over the next year or two it will become clear that this was a seminal moment for our industry.” he says.

The upshot for home improvement entrepreneurs up and down the 2022 Top 500 is nothing short of transformational. While the blocking and tackling of lead generation and in-home selling remain the bedrock of the business, future growth is being driven by firms investing in highly attractive workplaces capable of drawing in legions of college educated associates. Technology is also a key differentiator. At some point the bar gets raised for everyone. QR