The Legends of the Home Improvement Industry Awards were recently held in Louisville, where six home improvement pros were honored. The event, held in conjunction with the Sales & Marketing Executive Symposium, has been held periodically since its launch in 2000.

Nominations are submitted by peers from around the industry, and prior recipients and members of the Dave Yoho Associates consulting firm cast deciding votes on the award winners.

This year’s recipients, in alphabetical order, are Mark Curry, founder and CEO of Your Remodeling Guys LLC; Brian Gottlieb, founder of Tundraland Home Improvements and Renewal by Andersen of Greater Wisconsin; Larry Landes, president of Renewal by Andersen of Central N.J.; Bill McGraw, founder and CEO of Quality Home Products; Rick Wuest, president and CEO of Thompson Creek Window Company; and Ron Sherman of Ron Sherman Advertising, who received a “Lifetime of Leadership Award.” Hosts for the event were David Moore of Moore Holdings and Murray Gross, previously of U.S. Home Systems. 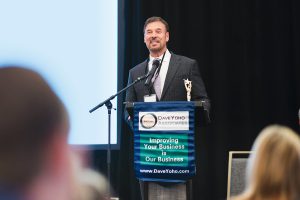 Curry was recognized for his innovative, customer-service-driven approach to home improvement and modern successful management. His company specializes in the remodeling of kitchens, baths, windows and insulation services. They have been recognized as a finalist for the Business of the Year award by Central Pennsylvania Business Journal. The company focuses on unique and satisfying experiences with its customers.

With a degree in engineering and an avid student of business and economics, Curry runs an extremely profitable business with high-level customer satisfaction. His peers and associates, as well as many industry notables, perceive that he is someone you can rely on if you need help. He was grateful for the mentoring he received from his late father-in-law, Norman Kalian, founder and CEO of Appleby Windows and a past recipient of the Legends Award. 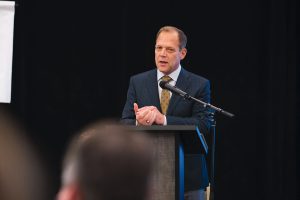 Brian Gottlieb is founder and CEO of Tundraland Home Improvements and Renewal by Andersen of Greater Wisconsin. He is an inspirational business owner who started his business in the beginning of the new millennium.

His company employs more than 225 people and is projected to produce over $50 million in revenues in 2019. Brian has been cited for his creativity on numerous occasions within his community. He created an art festival by utilizing old windows, which were replaced and headed for the dumpster. The windows are repurposed with artful scenes painted by local artists and then auctioned off in a public setting to raise money for deserving individuals in the community. This became a public relations coup.

He is lauded for his recruiting, hiring and training style. He believes his business and brand will be measured by the methods used by his sales and marketing program, the products he sells, and the manner in which he takes care of his customers, his employees and his community.

Woven into the fabric of his business is the practice of seeking out highly driven people irrespective of experience and then providing an environment where they are trained, developed, cultivated and inspired to accomplish both personal and professional goals. 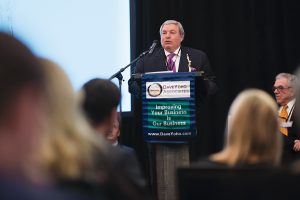 Landes started in home improvement as a salesperson for Garden State Brickface, a second-generation company that pioneered the use of a unique stucco process sold directly to homeowners via branch offices in northern and southern New Jersey, Manhattan and Long Island. He advanced within the ranks to sales manager, became general manager, and then was elevated to president of that company.

In 2003, Landes started a new company specializing in the sale of replacement windows. The company became a Renewal by Andersen affiliate, operating in the New Jersey/New York metropolitan area. The company has since grown into the fourth-largest Renewal by Andersen affiliate in the country. Using his success as a model, Landes has strategic partnerships with seven other affiliates in New York, Georgia, California, and Canada. His single operation in the New Jersey and New York metropolitan area generates nearly $90 million annually.

Landes’ company focuses intently on customer satisfaction methods. His salesforce has produced numerous representatives who sell in excess of $4 million annually. He lives, breathes, teaches and manages his sales and marketing staff based on a structured method he has used for years.

Beyond his innovative skills, Landes is known as a tireless worker; under his tutelage, his sales and marketing department has developed many talented and successful salespeople, sales and marketing managers. He has done this all while maintaining high-level customer satisfaction. 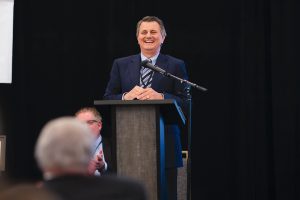 Lifetime of Leadership Award Ron Sherman Advertising began in Ron’s den with little more than a telephone and a typewriter in 1988 and has grown into the leading home improvement ad agency for dealers across the country, airing in 141 markets. They had produced 5,906 commercials through August 2019.

Sherman began his career in radio then moved to television where he became a weatherman, all while selling and managing a full-time account list. Ultimately, this led Sherman to doing live commercials during the airing of a Clint Eastwood movie on a Sunday afternoon. The live telephone operators became his background set and homeowners started calling. Word spread and soon Sherman was getting offers to repeat this success in other markets. Since he could not do all live commercials, Sherman started his own production company. It was a unique situation to have an advertising agency and a production house under one roof, but it enabled Sherman to do more commercials in a shorter turnaround time.

In 2016, Ron Sherman received a Guinness World Record for producing and personally presenting in 3,503 TV commercials in one year. (This is not the agency total, just Sherman himself). To qualify for the World Record, every commercial had to be uploaded on hard drives and sent to London along with notarized invoices to prove that each commercial had aired. Research indicates that he has taped over 70,000 commercials in the past 40 years.

We are proud to count Sherman as this industry’s “Mr. Television.” He has been a major benefit and lead producer to those with whom he has worked. An entire industry has benefited from his professional skills. 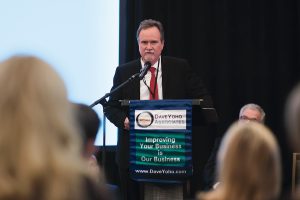 McGraw started as a small Rainsoft (water treatment) dealer in 1989. His company has acquired an enviable reputation in the past 30 years. They are innovative marketers and sellers, and they produce outstanding customer service to their active customers. Their startup goal was to provide products and services that would exceed their customers’ expectations within their original market area. Not only have they met those goals, they have expanded beyond their original market, operating four offices and warehouses.

Today, Quality Home Products employs more than 200 and counts 70,000 active customers for whom they provide continuing service and supply. Their projected revenue for 2019 is over $30 million. In addition to water treatment, they sell and install tankless water heaters and stand-by generators to homeowners.

From a charitable standpoint, for each product group Quality Home Improvements markets and sells, the company regularly provides 100 meals through a local food bank, with an eventual goal of providing 500,000 meals. They also participate in a Water with Blessings, providing families with water filtration in third-world countries. They have also partnered with the Lions International and the Bill Gates foundation providing vaccinations for mumps, measles and rubella in third-world countries. Their continuing plan for growth includes a constant upgrading of the skills of those they employ, while providing high levels of customer satisfaction to all. 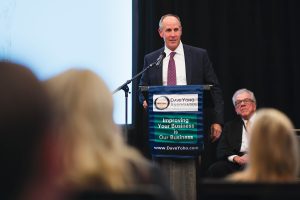 In 1997, the company relocated from Annapolis to Kent Island, Maryland. In 2001, Rick became its president and CEO and changed the company name to Thompson Creek Window Company, with a new business model structured to manufacture and sell directly to homeowners.

Thompson Creek has won numerous awards for the quality products they manufacture and the services that they provide. Rick has been personally recognized with many leadership awards including the Ernst & Young SmartCEO award. And in 2018 Wuest was honored as Washington Post’s Top CEO of Mid-sized companies in its annual Top Workplace award rankings. Several years ago, during a period chronicled as a depression, his company was lauded, recognized and televised nationally with a visit from former President of the United States Barack Obama.

Under Rick’s leadership Thompson Creek has grown, with revenues for their retail business projected at $75 million for 2019. They have a separate commercial division that manufactures windows for high-rise buildings, and another direct to consumer sales organization called Closet America, which does in excess $20 million. If you live in or even visit Washington, D.C., it is virtually guaranteed that you will frequently see and/or hear a Thompson Creek commercial via radio, television, direct mail, print or internet. QR

Previous Recipients of the Legends of the Home Improvement Industry Award