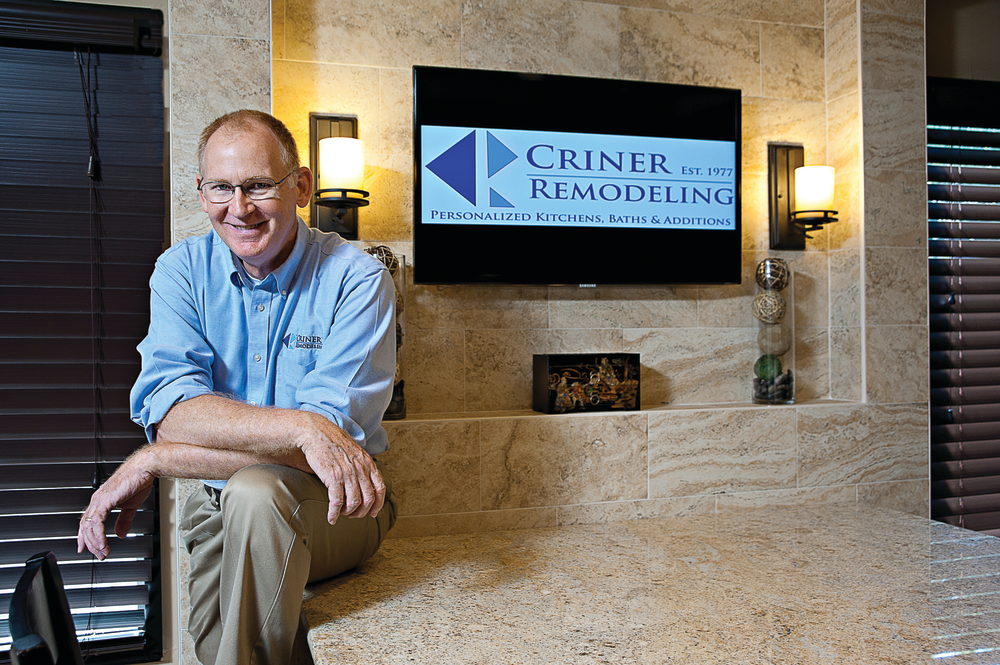 Robert Criner, GMR, GMB, CAPS, and president of Criner Remodeling in Yorktown, Va., never wanted to run the biggest remodeling firm, only the best. On his way to accomplishing this goal, Criner has been named the National Association of Home Builders’ 2012 Remodeler of the Year.

The award, co-sponsored by Qualified Remodeler and Pella Corp., was presented to Criner during a ceremony in Baltimore in October, which he proudly accepted in his typical humble way. In his own words, “I have a body of work over 35 years that is impressive to the [award] judges because I’ve surrounded myself with talented people. We hire good people and let them do a good job,” he says.

“When I first began my business, I thought I was what a contractor should be, so I hired people similar to me. But, I quickly found that the company does better when I hire people who are not like me. This way, you get a nice mix of talents and viewpoints, which is much healthier,” he adds.

The goal for Criner’s remodeling firm has always been one in which employees could grow and have a good life, and the business could profit by providing better services to clients and better benefits to employees, he says.

Interest in remodeling began for Criner in high school, with a summer job doing improvements on the high school. Criner then went to college during which time he worked with a home improvement company. At 21 he started what was then known as Criner Construction. “I was young and didn’t know how hard it was to start. I got into it and, frankly, was not sure how I made it through first few years. I started out doing home improvements, roofing, siding, small screen porch projects. We cut our teeth on the home improvement side.”

The name of the business changed as part of the firm’s evolution. “In 1977 when I started the business, I wasn’t sure if I wanted to do home building or remodeling. We’ve never built a new home, and have always done residential remodeling, so now the name says exactly what we do.” During the rebranding, Criner went to a local university and hired the brightest marketing student, Joelle McLaughlin, as marketing manager to handle the process. “She fills a lot of holes in the office,” he says.

For the first few years Criner had a job, not a business, he explains. It was not until year seven that he realized he needed to make more money. “It’s important to realize that I did not know how to run a business for the first several years. It was not until my mid- to late-20s I put my nose to the grindstone and started to learn the nuances of an income statement and balance sheet.”

Now that rebranding is complete, it’s time to move the home office from a building on Criner’s property to a building he purchased in town and renovated. “Part of planning for the future is planting a flag some place, and running it off the property you live on doesn’t help carry the company forward. We’ve outgrown the office we’re in right now; there’s not a lot of volume in that building. Long term I’m bullish, which is why we just invested in the new office. We’re in a position to seize on opportunities and buy things cheap, plus the rates are wonderful.”

The challenge now is to keep sales up despite dealing with consumers who are nervous living in homes that have devalued, Criner says. “They’re asking themselves, ‘Is it prudent to invest in my home?’ It is difficult for consumers to answer that question. What we’re trying to do is market more to people who can afford us, and have been in their homes a long time and are planning to stay there. We’re not trying to be all things to all people; we’re doing the more complicated projects, not so much the handyman/repairman work. We’re going after the market we’re best suited to serve.”

Criner’s professional path follows that of many successful remodelers, except that, unlike him, those who graduated college began a little higher on the ladder than he did. Criner did not graduate college, but values education. When he was taking classes at Christopher Newport University, he had three or four of his classmates working for him, to a point where his professor noticed. “The day the professor asked me for a job, he was looking at my success and trying to find out how I was doing it. That’s when I thought I might not need the formal degree to become successful.”

Not possessing a college degree doesn’t mean Criner’s not educated. On the contrary. “I’d still be in the stage of having a job rather than a career if it wasn’t for the educational opportunities I’ve taken advantage of. I believe education is important. It’s important to clients whether they know it or not, because I offer more because of education and experience. My experience always is a topic of discussion.”

Typically, where a remodeling contractor comes from is in the field working for someone else, and the boss is making all the money, and thinks, “I can do that,” he says. “And he can be an excellent craftsman, but if he doesn’t know how to run a business, he won’t be successful. That is where most people struggle. They’ve never had a business background, and they don’t know the ins and outs of a balance sheet and income statement.”

A key moment in Criner’s career was meeting Walt Stoppleworth, who taught estimating for remodelers on a national level. This was a turning point when the light went off. He spent time learning how to run a business, taking business and drafting courses. “Anyone running a remodeling company must know how to do both.”

Another meaningful moment in Criner’s career was joining the local Home Builders Assocaition in the mid-1980s. Seven or eight years into his career, members approached him and Criner was intimidated. “They had offices, and signs, and staffs. They would bid against me and they’d win. They were big shots. It took me a few years to join, after they talked me into it. Then, they got me involved, which is more important than joining. Involvement is where you start learning. So I started down the education path where I earned all my designations. The association was a source for me to get remodeler-specific education. Education at a local college is nothing compared to what you can learn when taught through an association by other remodelers.”