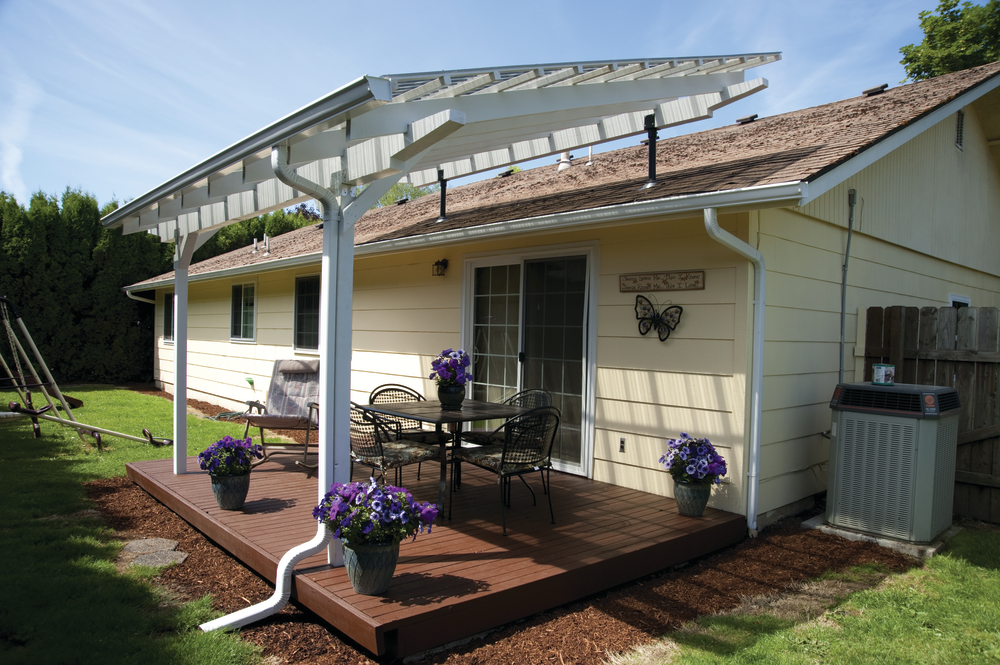 For many who own or operate remodeling firms, remodeling isn’t enough. A breed of remodelers exists that has the experience, ambition and awareness to step outside the box and into the world of product development and sales. For these entrepreneurs, it’s a way to diversify, provide an additional revenue stream and satisfy market needs.

Two such remodelers are Doug Lethin, CR, and Chris Ripley, who operate successful remodeling businesses but also are selling products they developed. Each knew there was something more for them than selling remodeling services. Ripley realized this early in his career, and for Lethin it was a little later when he recognized the potential of his good idea.

Doug Lethin, CR, is owner of C&R Remodeling in Salem, Ore. Founded by his father in the early 1960s, Lethin bought C&R Remodeling in 1989 and has transformed it into a design/build firm with licensed designers on staff.

After C&R’s transformation, Lethin himself went through a transformation from remodeler to product manufacturer. The light bulb moment occurred a few years ago after speaking to a colleague who had invented his own building product. “He told me there has to be something I’m doing right now where there’s a product I can discover; I just wasn’t seeing it. It was not until sometime later it came to me that the Sky Lift Roof Riser hardware is the product I could develop. I sketched it out, and instantly knew I had something,” Lethin remembers.

The Sky Lift hardware connects a shade trellis or other patio cover structure to a home’s roof. After building a prototype, Lethin had it tested in March 2011 and clients raved. Encouraged, Lethin “…amped it up, had more product built, and now a patent is pending. At one point I thought, ‘Certainly someone else has done this. It’s so simple.’ But it wasn’t there; it didn’t exist.”

“One must always diversify. Years ago when I had a little extra cash, I asked my colleague Mark Richardson what I should invest in. He said, ‘If you invest in something, invest in something you know.’ I knew the Sky Lift was a way to diversify that fits within the sphere of what I know,” Lethin says.

Mark Richardson is former co-chairman of Case and author, Harvard Fellow and industry expert. “Doug has taken a classic remodeling problem – the joint between a covered porch and an existing house – and created an elegant solution that not only solves the joint issue but also improves the [air flow] performance and aesthetics,” Richardson says. “He should inspire anyone who has a great idea but has not acted on it. He is a student of success. This story is about next steps and passages in our businesses we all should think about. I believe if a business is not growing, it is dying.”

The Sky Lift Roof Riser hardware is structurally sound, Lethin says. It attaches to a home’s structure through the roof, and seals with a standard pipe jack flashing. “The saddle is substantial; you can load it down with 4,500 pounds. For the homeowner, it provides extra light, and vents heat out over the roof. As long as the flyover distance is greater than the height, no weather blows back through the gap. It does not compromise gutters, and makes it easy to reroof.”

The Sky Lift is available in 18-, 24-, 30- and 36-in. heights to match the variety of roof pitches. It comes in black, white and tan. The product is considered viable for both the DIY and professional markets. “The DIYer will be reluctant to cut a hole in his roof, but that’s just roofing 101 for the remodeler who will have no challenges cutting a hole and installing this hardware.”

The light bulb moment occurred early in the career of Chris Ripley, founder of Lifetyme Exteriors in Watertown, Mass., as well as creator of Smart Permanent Coating System, Smarter Decking and Smarter Sealants building products. For a long time, Ripley considered himself more an entrepreneur than a remodeler, but has come to identify himself first as a remodeler.

As the founder of many businesses and creator of many products, his core business remains his remodeling firm Lifetyme Exteriors, which is in the high-end painting market to the tune of $3.5 million in revenue each year. “We do it just by doing residential repaints.”

After college graduation and prior to founding Lifetyme, Ripley worked with a spray-on siding company he believed wasn’t substantiating its product’s claims. After buying a franchise, he further developed the concept of spray-on siding to validate the claims. Ripley spent three years working on this while buying two companies that eventually were acquired by a major paint manufacturer, which developed the home improvement product.

Ripley believes remodelers are in a perfect position to identify and create products development opportunities. “The remodeling market is the ultimate definition of what would be the best case scenario for innovation, which is in places that don’t have artificial ceilings, and we have this in home improvement and remodeling. Remodeling contains the perfect primordial ooze,” he says.

1) Do you believe you have a system or product that is superior to someone else? “They all say yes. When they tell me yes, however, I ask them if they have it or do they know it? The difference is massive,” he says.

2) Can you communicate that knowledge effectively? “Not just with their mouth, but written out and made simple. So many people feel they know what they do, and they might, but when it comes time to put what they know on paper or describe it, they might as well be telling you how to build a time machine,” he says.

3) Can you afford to develop it without killing the goose that’s providing the means to develop it? “You have to be smart enough to keep your core business profitable while developing something new.”