The right numbers for a company depend on the strategy remodelers employ to organize and operate the business.

Remodelers must be able to mark up their direct costs, or the cost of goods sold for a project, to cover both their overhead and target net profit.

Remodelers often misunderstand the terms margin and markup when creating their budget and, as a result, may discover at the end of the year that they have been losing money. Markup describes the percentage they apply to the cost of a job to cover overhead and profit, whereas margin represents the percentage they earn on the selling price of a project. Instead of calculating their own margin and markup, most contractors just adopt numbers from industry specialists.

“They tell you what margins people are using, but they don’t teach you how to figure out what margin you need to use,” says Shawn McCadden, remodeling industry consultant and owner of Remodel My Business. “Part of the challenge is it depends on what you put above the line (job costs) and below the line (overhead) in determining what your markup and margin [should] be.”

Without any way of knowing their job costs for the upcoming year, contractors must think about how much they can sell (revenue) at a profit. Overhead and net profit goals drive revenue, also known as sales volume, so remodelers need to review what they charged for past projects that they completed regularly and that produced a satisfactory profit. Their anticipated overhead and target net profit will dictate the appropriate gross profit margin.

Indirect costs, or overhead, keep the business running no matter how many projects the company sells and, therefore, do not apply to one single job. Many contractors fail to comprehend just how much overhead they must factor into the selling price of projects and, depending on what kind of work they carry out, their indirect costs usually increase as the company takes on jobs. Items such as additional vehicles, insurance, tools, computers and cell phones all rise with added volume and staff. 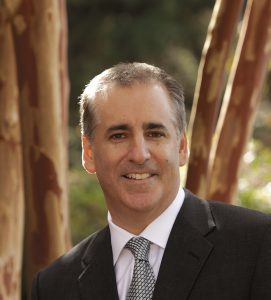 “They don’t understand [the range of costs that should go into] overhead. They just don’t quite grasp that there’s a significant amount of overhead,” says Scott Siegal, owner of Maggio Roofing in Washington, D.C., and the Certified Contractors Network. “They just end up turning dollars and losing a bit of money, and then they ramp up their volume and they go out of business quicker.”

Expenses such as marketing, showrooms and payroll for office employees will always belong in overhead because they exist whether the company sells another job. But the costs related to staff in the field—including their workers’ comp, cell phones and automobiles—can be moved into direct costs, or the cost of goods sold to produce a project, to an account called labor burden.

“The more things you take out of overhead and dump into costs of goods sold, you’re picking up 35 or 40 percent of markup help in case you’re wrong,” says Alan Hanbury, owner of House of Hanbury Builders in Newington, Connecticut. “If you leave it in overhead, every dollar you screw up is going to be a dollar you don’t get paid. When you hire, you don’t have to reconfigure your overhead—it is attached to the labor in cost of goods sold. If you mark those items up, you get an extra 35 or 40 cents to play around with when bad things happen.”

Not charging enough to cover increased overhead causes remodelers to start thinking about how they can cut costs during a project so they can still make money. Contractors must consider the prices they secured for jobs they finished in the past, and how many they think they can sell—and produce—to establish a target sales volume for the year. They can divide that number into the gross profit, or the money for their overhead and desired net profit, to determine their margin percentage.

Business owners should include a salary for themselves in overhead that indicates their value and contribution to the company. Otherwise they must draw income from their net profit at the end of the year, which reduces the proceeds available to grow the business and help employees advance, and can give remodelers an inflated sense of profit as they complete projects throughout the year.

Once they calculate the direct costs to perform a job, remodelers basically need to sell their overhead and desired net profit to potential customers, so higher overhead and net profit goals will require a bigger markup that raises the selling price of their project. Breaking down costs in job estimates the same way they were administered in the budget improves accuracy. 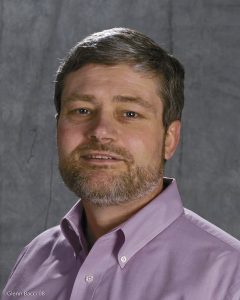 “If you’re going to figure out what markup and margin you have, you need to make sure that the method you used to separate direct and indirect costs is now applied to how you estimate jobs,” McCadden says. “If you said workers’ comp is a direct cost, show me how you’re going to get workers’ comp into the estimated costs [for a job] before you mark it up [to cover overhead and net profit].”

Contractors who realize the margin they need on each project to satisfy their budget plan should understand the effect of dropping their selling price, McCadden adds. Although they might procure a job with a lower price, they will have to increase their selling price for a future project because they essentially volunteered to perform work the company knows will not make enough money to cover its overhead and target net profit.

To compute the proper markup, divide the direct costs to execute a job—materials, labor and subcontractors, for example—into the indirect costs for the company (overhead plus target net profit).

The sales price for projects should be higher than the direct cost, so the markup will always be larger than the margin. Many contractors underprice jobs because they do not want to accept the actual cost of accomplishing the work, or they refuse to acknowledge the shortcomings of their production team and estimate projects based on the competition or advice from industry specialists.

“It really matters what you set up and plan for, but the real kicker is what you produce the job at,” says Les Cunningham, president and CEO of Business Networks. “It doesn’t matter what somebody else can produce it at because the only people you have is you and your employees. What you want to determine is how much this job is going to cost [your company] in reality.”

A standardized system ensures that no matter who estimates the cost of a project, the system produces a consistent estimate and can tap into the database of previous jobs for reference. Because they perform a wider range of projects when compared with specialty contractors, for example, remodelers cannot apply the same exact budgeting or estimating factors to every job they estimate.

After winning the job and starting a project, contractors need to make sure the work progresses as they had planned, or their profitability could be at risk. Continually gauging the costs per project as the job moves forward enables a remodeler to learn whether the company estimated correctly, and if any employees, subcontractors or vendors have been producing at inadequate levels. 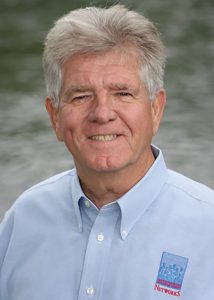 “Every job gets job costed on a weekly basis, so if something goes wrong and the job’s not over, maybe I can make things better and not get burned as badly,” Cunningham explains. “If we don’t check the numbers, every time we don’t job cost, the other jobs we estimate are going to have poor estimating quality. You want to make sure you’re as accurate as possible and as timely as possible.”

Workers must submit time cards every day so the company can charge those hours of labor to the proper line item code. For example, if contractors framed an addition that day, the remodeler would code the hours as “framing,” and whoever conducts the job costing for the business later can take note. Receiving a photo of the job status at the end of each day also helps to keep track of projects.

“You’ve got to have an accurate purchase order system [too], so that when a carpenter buys something, you don’t find out about the price five weeks later. You find out about it today or at the latest tomorrow, and then that can be job costed against the job,” Cunningham adds. “If I’m working for you and you don’t do that, I can steal thousands of dollars and you won’t know it for five weeks.”

Job costing for specialty contractors demands additional discipline because they generally need more jobs to reach their target sales volume, Siegal explains. Most of them do not have a shop where they can inventory all their materials, and often they will order for three different projects on one invoice.

“At that point, somebody in the office has to look at that invoice and separate all those materials to the different jobs,” Siegal adds. “You’ve got people who order too much material, so there’s a return, and you’ve got to make sure that credit goes against that specific job. It takes more organization.”

“Job costing is more important than accounting. Accounting tells you how much you have to pay for taxes in April; job costing tells you how well you’re doing each job,” Hanbury says. “If you have 30 jobs, you have 30 chances to see if your business is running the way you wanted it to run. If you wait and do it just once, you could have done 30 jobs before you realized you were screwing up on a regular basis.”

Slippage is the enemy

The difference between the margin remodelers use to establish a price and the margin of the job they produce constitutes slippage. When contractors plan their budgets, they should consider the realities of their business, the economy and the limitations of their employees, or else they could jeopardize the net profit they forecast for the company and, even worse, lose money for the year. 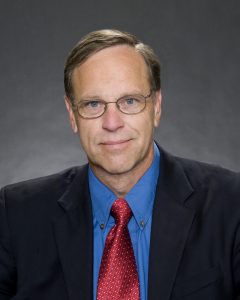 “If I wanted to get 30 percent as my gross profit margin at the end of the job, I personally would have to charge with a 32 percent target because I’ve got 2 percent slippage,” Hanbury says. “The average in the industry is closer to 7 percent, so if you need 30 percent margin to make plan, you should pretend you need 37. Because after everything happens, you’re going to end up with 30.”

Many remodelers outsource data processing to their accountant or an outside firm that cares only whether they make or lose money, Siegal says. Investing in software that tracks critical business information such as prospecting, estimating and accounting would allow them to assess how the company operates and give them the opportunity to implement changes before they lose money.

“You have to get much more granular than are you making money or losing money. You’ve got to know if you’re making money on this kind of work, or if you’re losing money on this kind of work,” says Siegal, who stresses the value of job costing on an ongoing basis. “It’s even more important for remodelers [compared with specialty contractors] because they’ve got so many [different trades] on their jobs.” | QR