Two straight months of significant sales gains for existing-home sales, according to NAR.

WASHINGTON  – Existing-home sales continued on a strong, upward trajectory in July, marking two consecutive months of significant sales gains, according to the National Association of Realtors. Each of the four major regions attained double-digit, month-over-month increases, while the Northeast was the only region to show a year-over-year decline. 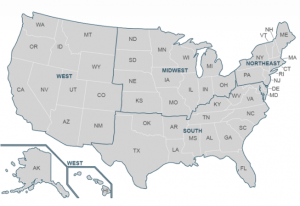 Total existing-home sales completed transactions that include single-family homes, town-homes, condominiums and co-ops, jumped 24.7 percent from June to a seasonally-adjusted annual rate of 5.86 million in July. The previous record monthly increase in sales was 20.7 percent in June of this year. Sales as a whole rose year-over-year, up 8.7 percent from a year ago (5.39 million in July 2019).

“The housing market is well past the recovery phase and is now booming with higher home sales compared to the pre-pandemic days,” said Lawrence Yun, NAR’s chief economist. “With the sizable shift in remote work, current homeowners are looking for larger homes and this will lead to a secondary level of demand even into 2021.” 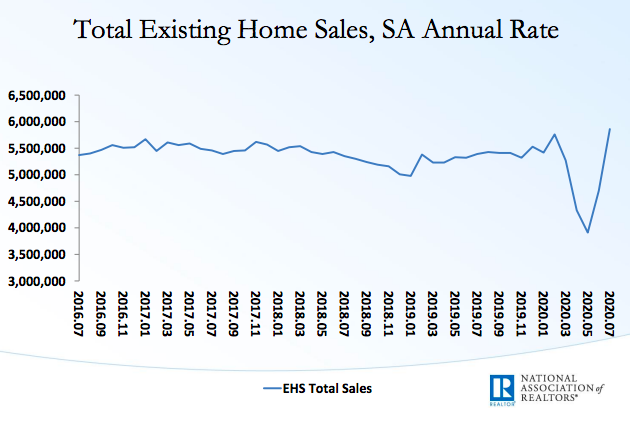 The median existing-home price for all housing types in July was $304,100, up 8.5 percent from July 2019 ($280,400). Prices rose in every region across the nation. July’s national price increase marks 101 straight months of year-over-year gains. For the first time ever, national median home prices breached the $300,000 level.

Total housing inventory at the end of July totaled 1.50 million units, down from both 2.6 percent in June and 21.1 percent from one year ago (1.90 million). Unsold inventory sits at a 3.1-month supply at the current sales pace. These numbers are down from 3.9 months in June and down from the 4.2-month figure recorded in July 2019.

Yun notes these dire inventory totals have a substantial effect on sales.

“The number of new listings is increasing, but they are quickly taken out of the market from heavy buyer competition,” he said. “More homes need to be built.”

Last week, NAR released its latest data for metro home prices, which found that in 2020’s second quarter, median single-family home prices saw an increase in 96 percent of measured markets when compared to a year earlier. 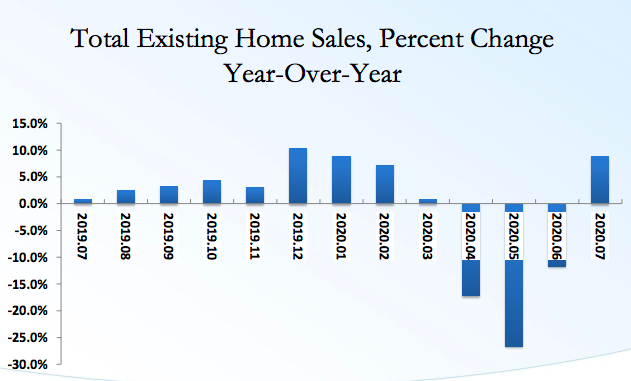 “Homebuyers’ eagerness to secure housing has helped rejuvenate our nation’s economy despite incredibly difficult circumstances,” said NAR President Vince Malta, broker at Malta & Co., Inc., in San Francisco, Calif. “Admittedly, we have a way to go toward full recovery, but I have faith in our communities, the real estate industry and in NAR’s 1.4 million members, and I know collectively we will continue to mount an impressive recovery.” 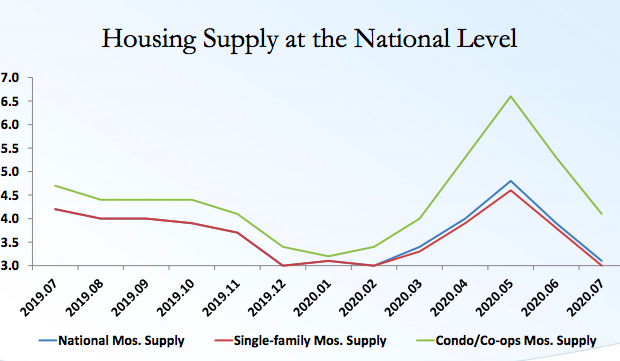 “Luxury homes in the suburbs are attracting buyers after having lagged the broader market for the past couple of years,” Yun said. “Single-family homes are continuing to outperform condominium units, suggesting a preference shift for a larger home, including an extra room for a home office.”

For the second consecutive month, sales for July increased in every region and median home prices grew in each of the four major regions from one year ago. 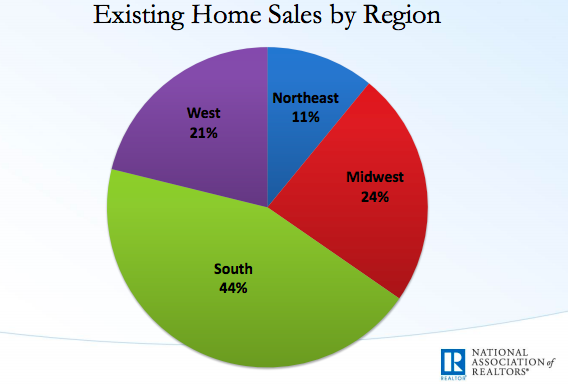