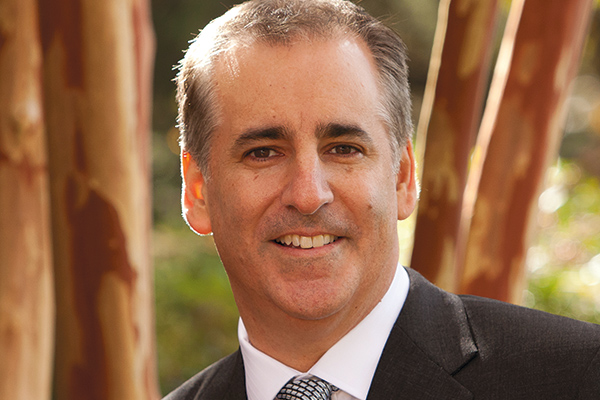 The uncertainty leads you to second guess the right thing to do. In March, when we shut down and everyone was pretty scared, my first reaction for my roofing company, Maggio Roofing, was to cut expenses to preserve cash flow. My gut reaction was to start the cuts with marketing since it’s one of the largest expenses, and I thought people would stop spending money during a pandemic.

Sales and leads in the months of March and April slowed down, which reinforced the decision to cut marketing costs. As the shutdown went on, I continued to speak with CCN members; and it became apparent that consumers were starting to purchase again, and things were going to be very busy, so we reinvested in marketing.

It dawned on me that if I didn’t have a network to access, what would I have done? Would I have called my competitors to see what they’re doing?

The other day I got a call from another contractor who was asking about my metrics for pay-per-click. He didn’t know if his costs were out of line or his results were good enough. How would anybody know? Ask your marketing vendors? You pay them to handle social media and paid search. Are they going to tell you they’re failing?

When trying to make a decision about where to invest, how much to invest and changing vendors or strategies, it’s essential to have certain benchmarks to compare your metrics.

Benchmarking for us morphed into a strategic-planning session with other contractors (in other markets). We started to ask each other questions such as, “Which technology solutions work for contractors of my size and market?” There are many different CRM options, virtual sales tools and project planning software products on the market. When you don’t talk to other people, you don’t see the little things that make a huge difference.

One case in point: I started performing virtual sales calls myself, just to see how it would work. The results were good. I was closing deals, but not as well as I was expecting, nor as much as I could sell in person. I couldn’t put my finger on what was wrong. Then I got on the phone with a member in Boston who told me that when he did presentations online, he found that he needed to get to the price much faster than when he was presenting in person. People’s attention spans are not what they used to be, and they are even shorter when meeting virtually.

I started thinking of ways to shorten our process for our standard follow-up call. I found the “intro” portion to our sales process a little cumbersome when presenting online. The content is still great, but we had to get it across to prospects much quicker. I watched what my salespeople at Maggio Roofing were doing and also spoke with John Martindale about what Brothers Services’ salespeople were doing on their sales calls. We realized that it takes salespeople an average of 10 minutes to get through the first pass of the presentation. Ten minutes is a long time online, and even they were getting it wrong.

The beginning of any presentation is crucial to getting a sale. It’s the “why” behind the process, but that’s hard to convey quickly when you have a prospect in front of you asking, “How much is it going to cost, and why can’t you lower your price?”

At Maggio, this led to us producing a short video that, in less than two minutes, covers the entire first part of the presentation. Afterwards, the salesperson can jump right into answering the questions. After testing the video-then-Q&A process, we found that it was not only successful with the prospects, but salespeople liked it because it made their job much easier.

Now, as owners, we don’t have to worry about whether salespeople are getting the “why” right. Once they play the video, the salesperson can transition right into answering the questions using their own answer materials. This has resulted in higher customer satisfaction regarding our sales process, as well as increased closing ratios.

That idea only came about because I spoke with one of my colleagues and discovered that Maggio needed to speed up its process. This will be one of the things we’re going to pass on to others. You don’t have to be a statistician or a Ph.D. in math to know that one little change may pay for whatever it costs to be a part of a professional network like CCN and others.

Never underestimate the power of networking with others in your field. Even for contractors who have been in it for a long time, with changes happening so quickly and new people coming into our industry, there is always something new to learn and implement. QR

Scott Siegal is the owner of Maggio Roofing in Washington, D.C., and also owns the Certified Contractors Network. You can learn more about CCN by going to the website contractors.net.