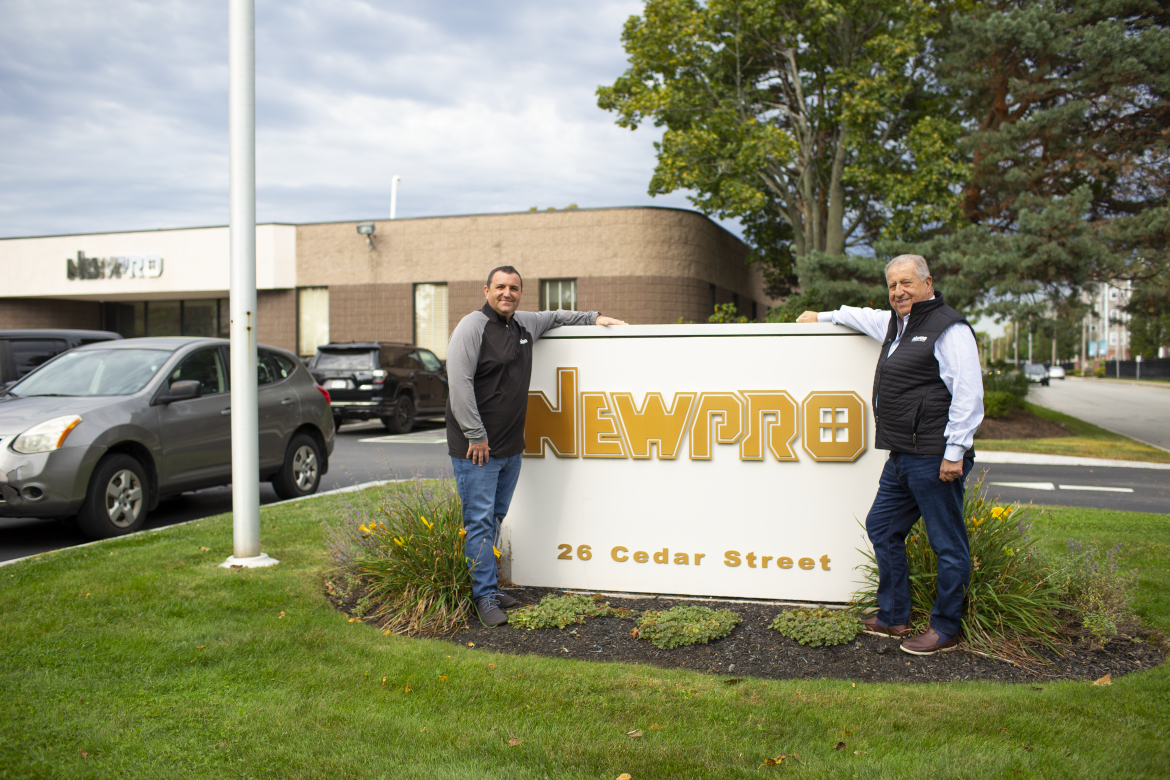 Nick Cogliani and his father Nicholas Cogliani at the company HQ in Wilmington, Mass.

DALLAS—The surge in mergers-and-acquisitions activity among the largest home improvement companies is not over. NEWPRO Home Solutions of Woburn, Mass. has been acquired by Renovo Home Partners, a recently formed holding company that now comprises four very big-name companies in the industry.

Incorporated by Boston-based Audax Private Equity in 2021, Renovo, based in Dallas, launched with a bang in January with the purchases of Alure Home Improvements, Dreamstyle Remodeling and Remodel USA. The acquisition of NEWPRO adds a firm that will exceed $100 million in installed sales in 2022. In 2021 the firm installed $80 million on approximately 4,800 window, door, siding, roofing and replacement bath jobs.

“We’re excited to join the Renovo platform supporting our goals to scale our business for increased market share and product diversification. The partnership also provides our employees with increased opportunities,” said Nick Cogliani, CEO of NEWPRO. “We look forward to partnering with our peer Renovo companies to create the nation’s leading remodeler, raising the bar and setting a new standard for the customer experience in the home improvement industry.”

Cogliani, 43, was sole owner of NEWPRO at the time of the acquisition by Renovo but the company traces its roots to a firm founded by his grandparents in 1945. Last summer he purchased the remaining 55 percent of the company held by his father who relaunched his parents’ business in 1978 as Northeast Window Products, which was later shortened to NEWPRO.

In a brief interview Cogliani said he had no prior intention to sell the business despite many inquiries throughout 2021. Several months ago, however, he was introduced to Ben Myer, a principal with Audax, a meeting which ultimately resulted in today’s announcement. Cogliani said he re-invested a portion of the proceeds from the sale into Renovo.

“They have a buy-and-build philosophy,” said Cogliani. “A big part of what made this the right opportunity for me was keeping the NEWPRO name and having the opportunity to continue to grow the business in the coming years.”

“Nick and his team at NEWPRO have built an industry leading, well-respected company that fits right into Renovo’s culture and ethos. We are excited to welcome them to the Renovo family and support their continued impressive growth,” said Dupuy.

Terms of the transaction, which was private, were not disclosed. QR