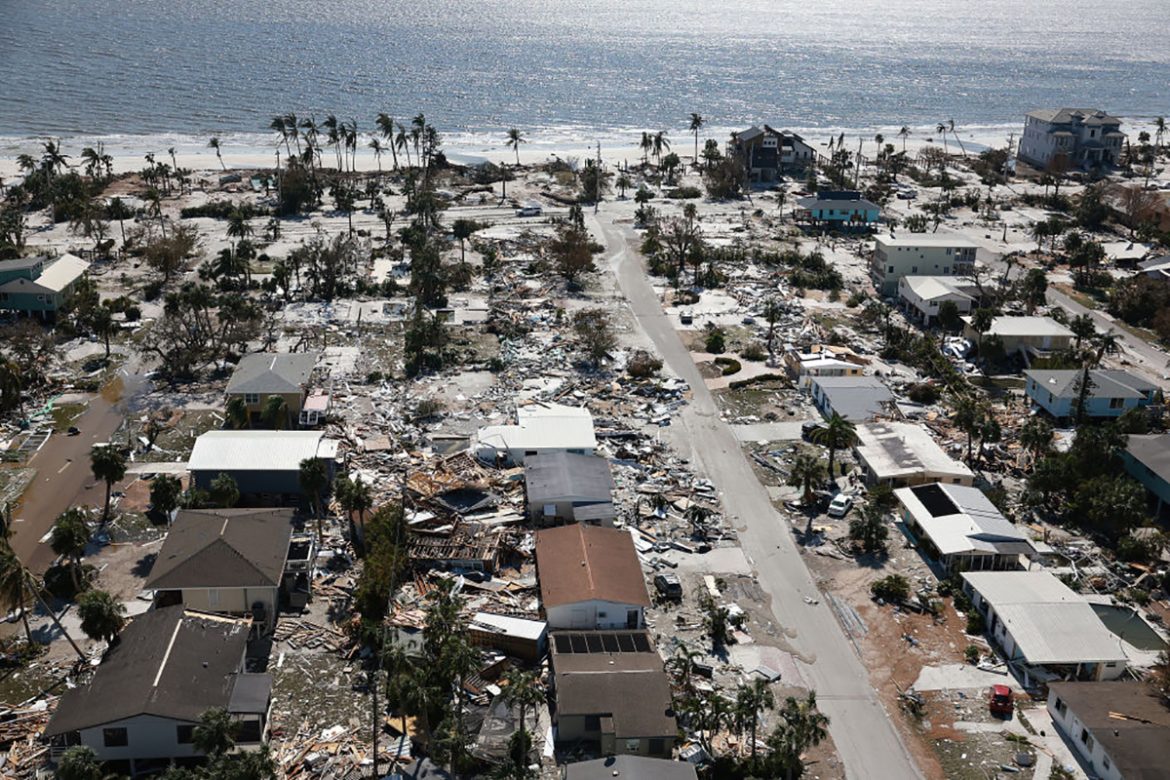 Hurricane Ian, the Category 4 storm that slammed Florida’s Southwest coast before rolling through Orlando, Jacksonville, and on up into the Carolinas late last month, may go down as the costliest weather event in decades. It is also likely to roil the market for building materials and labor well into 2023, experts said.

“This is the costliest Florida storm since Hurricane Andrew made landfall in 1992 and a record number of homes and properties were lost due to Hurricane Ian’s intense and destructive characteristics,” said Tom Larsen with CoreLogic, a real estate tracking and forecasting firm. “Hurricane Ian will forever change the real estate industry and city infrastructure. Insurers will go into bankruptcy; homeowners will be forced into delinquency and insurance will become less accessible in regions like Florida.”

From Sept. 30, when the storm first made landfall near Fort Myers, Fla. through the immediate aftermath, cost estimates for repairs to damaged property rose steadily. And the damage was so acute that many homeowners and their contractors were unable to access their properties and get started with cleanup. Insurance restoration firms like Belfor and Paul Davis Restoration sent emergency field teams to the region. And as is the case with other recent major weather events, contractors from throughout the country flooded in. But this time was different. Most of the affected areas needed a longer time to dry out and for roads to be cleared before the real work can begin.

Ken Kelly, president of Kelly Roofing and Reliant Roofing in Naples, Fla. said his firm initially needed to focus on the well-being of his staff and their families before they began getting out and helping their customers and the hundreds of people who have called for service.  “It’s bad,” said Kelly in an email three days later. “We’re hiring 500 people, minimum to handle the workload.”

Estimates of the final damage from Ian varied widely. Economists and market observers crunching the numbers offered a range of $20 billion to more than $100 billion and those figures have only risen with each passing day.

John Burns Real Estate Consulting estimates the recovery effort after Hurricane Ian will drive $36 billion in spending over four years on repairing and rebuilding residential properties, with the majority of that occurring in 2023-2024. That number is likely to be revised higher as additional damage assessments become available, experts from the Irvine, California-based consultancy said in a statement.

“To put this in context, Florida homeowners will spend an estimated $23 billion on home improvement projects in 2022. And in an average year, natural disaster repairs drive $17 billion for the entire US,” said Eric Finnigan, vice president of research and demographics at John Burns. “The hurricane rebuild effort in Florida will be further complicated by the shortage of skilled construction labor and an already-stretched supply chain for building materials. Expect long delays as builders and contractors deal with shortages of key products and materials, longer lead times, and extreme volatility in prices.”

In terms of immediate impact building materials prices, key commodities like lumber, gypsum, and asphalt shingles have trended lower during in recent months. The lower prices were reflective of a steep fall-off in orders for new homes in the wake of rising mortgage interest rates. But building product manufacturers, as a group, had not fully recovered their footing from two years of supply-chain problems stemming from the pandemic.

A release from CoreLogic separated the losses from wind and from water into separate categories because that is the way insurance companies break out the damage. The losses from the storm surge in Florida were estimated to be between $6 and $15 billion while the losses from wind were estimated at $22 to $32 billion—just in Florida. A smaller number of people have flood insurance capable of covering losses from storm surge due to a very small number of insurance carriers willing to write those policies. Wind damage is nearly universal in coverage, and many will seek that avenue to secure funds for repairs. “We’re at a crossroads with Hurricane Ian in terms of adapting to today’s catastrophe risk environment,” said CoreLogic’s Larsen. “Infrastructure and building codes will evolve so that we can be more resilient ahead of what are bound to be more history-making storms in the near future. We cannot just rebuild; we need to restore for resilience.” QR