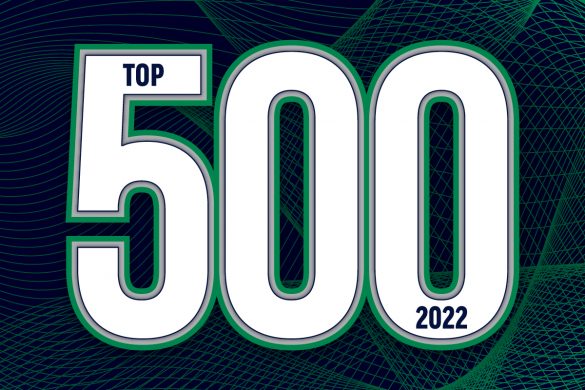 The gap between the remodeling industry’s biggest firms and the average firm is widening. The big are getting bigger at an increasing rate. From 2020 to 2021, remodeling revenues for the Top 500 grew a whopping 23.6 percent while the broader industry grew fast, but at a 7-percent to 9-percent clip.

There are many factors contributing to this widening growth gap. First, big firms are wielding their market power to hire more people and to get the products they need. Second, with the help of experienced outside investment groups among firms at the very top of the industry, they are increasing their business acumen to drive more qualified leads, to improve their sales management, and to create powerful, first-class brands equal to those of consumer packaged-goods companies. In 2022, remodeling’s biggest firms can command higher prices and ultimately drive higher margins.

This is no disrespect to trusted local remodelers. There is plenty of evidence that they too are bootstrapping their way to more sales, to bigger jobs and to impressive levels of customer satisfaction. Remodeling is inherently a local, person-to-person business, and that will not change any time soon.

Another factor driving growth is the inherent scalability of the replacement/home improvement segment within the larger remodeling industry. Among this year’s Top 500, the group grew 40.7 percent year-over-year. This is partly explained by the expanding roster of home-improvement firms counted in the ranking, but the overarching point is clear. The replacement/home improvement segment is now led by giants gaining share of market.

Over the past decade the remodeling industry has evolved on a widespread scale. Big or small, remodelers today produce customers for life. Deploying more and better business technology, remodelers offer faster, more seamless client experiences than ever before. The widening gap between big and small firms is almost exclusively about revenue and job growth. Remodeling is burgeoning and achieving equal footing with new-home builders, whose demand curve is more interest-rate sensitive and cyclical.

Likewise, large and sophisticated design-build, full-service and kitchen and bath firms are also gaining share. The Neil Kelly Company is an Oregon-Washington juggernaut. Neil Kelly, along with other large regionals have, as a group, systemitized the process of offering complex remodeling solutions. These include BOWA, Jackson Design & Remodeling, Normandy Remodeling and Airoom, among others. Design-build firms are forecasting collective growth of 9.4 percent in 2022. Full-service firms, as a group, forecast an increase of 19 percent this year.

Complexities from the pandemic thoroughly challenged top firms. Then came the big wave of demand. As backlogs for business grew longer, so too did costs. Prices seemingly could not be increased fast enough. Yet clients accepted the increases. So, the Top 500 continued to ride the wave. And price hikes only partly account for the enormous revenue result. Job growth was even more pronounced. They grew 74 percent to 1.96 million, up from 1.12 million the year prior.

With numbers like this, it’s hard for an industrial group to escape the attention of the professional investors. Private equity has rushed in. Firms such as Audax, York Capital, Bertram Capital, Gridiron Capital and TPZ Group have significantly increased their industry holdings, creating newly merged giants with names like Reunity and Renovo. The only question is the extent to which the consolidation trend will continue with the rise in interest rates.

For now, remodelers are riding the wave even though it might be cresting. Market fundamentals are solid despite talk of a recession. These include favorable demographics, an aging housing stock, and the trend toward working from home. These will keep the group growing for years to come.  QR