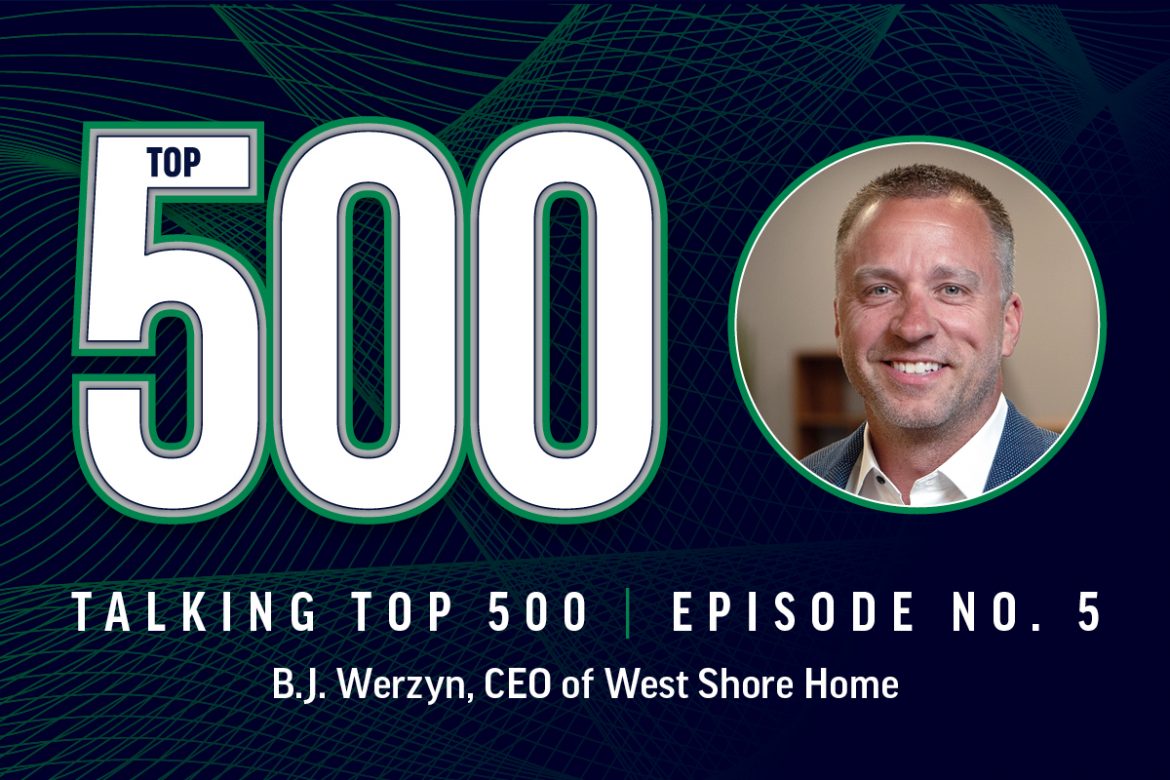 B.J. Werzyn talks about the progression of steps to build West Shore Home. He built a solid foundation first.

In his Talking TOP 500 interview with co-hosts Patrick O’Toole and Tim Musch, Werzyn discusses the company’s phenomenal growth trajectory, which has occurred in two ways: the launch of new West Shore locations in key geographic regions, and the purchase of existing companies around the United States.

As Werzyn explains, it began with rock-solid systems and processes and also requires reliable leadership development process, and a dependable core of technology systems. West Shore Home is not yet a fully national company, but it is clearly on its way. Learn more by listening to this edition of Talking TOP 500. QR

Marketing Matters: How To Execute A Brand Ambassador...

Marketing Matters: Get More Referrals In 2023