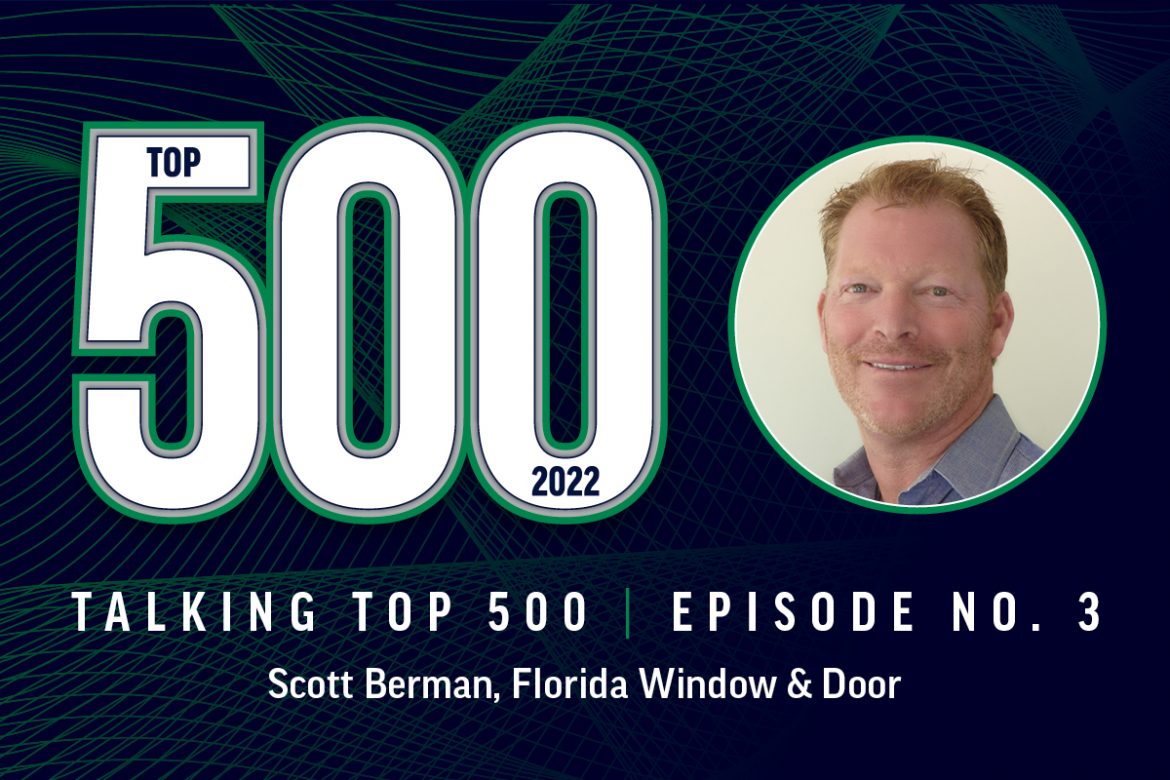 Talking TOP 500 catches up with Scott Berman, owner of Florida Window & Door based in Lake Worth, Fla. Berman’s firm is among the largest independent operators in the nation. With six locations in the Sunshine State, his firm will bill over $100 million this year. Much of the company’s growth has come in since 2015 but Berman’s success has been years in the making. He started in the business in the early 1990s in Ohio working for his father and he owned an earlier company in Florida before launching Florida Window & Door in 2009. In our conversation, Berman talks about how a repeatable, systemized sales system got his firm on the right track to scale up his business. He also discusses why he did not sell his company during the ongoing private-equity boom. Other topics include marketing best practices and his outlook and mindset heading into 2023, a year that is forecast to be slower due to higher interest rates and lower consumer demand. In 2021 Berman was honored by being named a Legend of the Home Improvement Industry by Dave Yoho Associates.