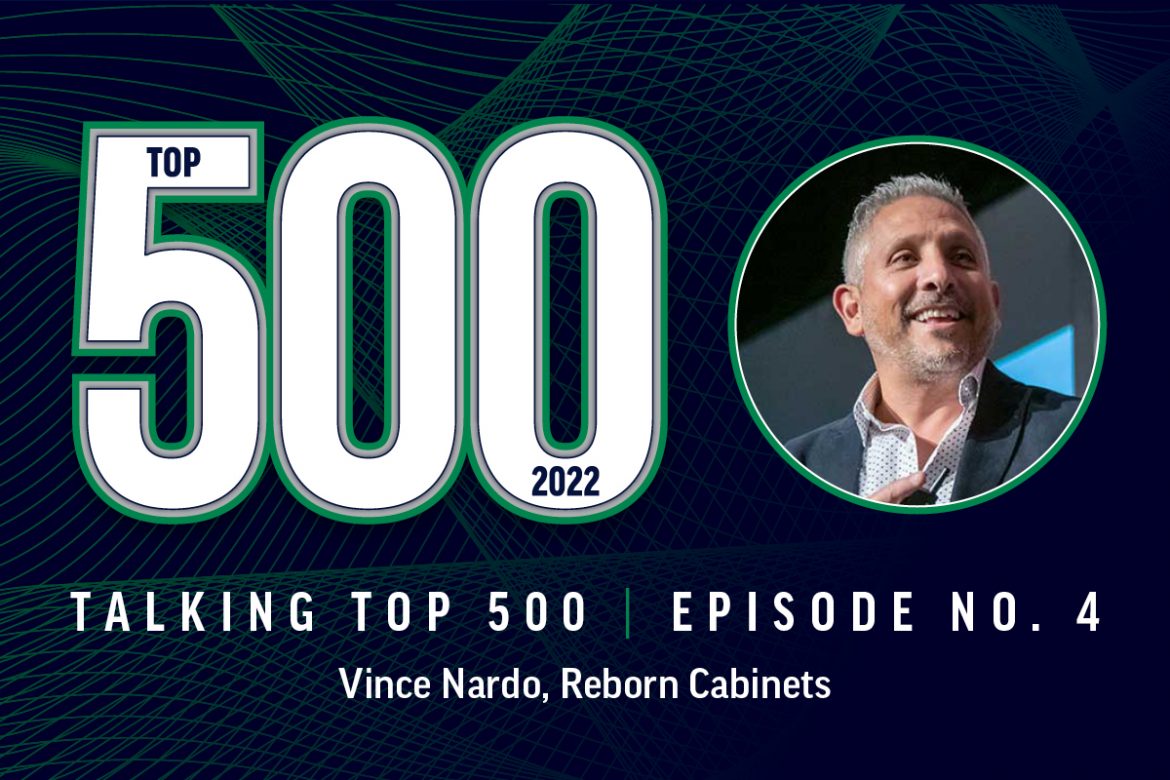 In Episode No. 4, co-hosts Patrick O’Toole and Tim Musch interview one of the most well regarded and influential leaders in the home improvement industry, Vince Nardo, CEO of Reborn Home Solutions. Vince and his brother, Reborn’s chief financial officer Anthony Nardo, have run the company for more than three decades. They took the reins from their parents who founded the company in 1982 after moving to Anaheim, California from New Jersey. Reborn is ranked No. 24 on Qualified Remodeler’s list of the largest home improvement firms with revenue of $86.1 million on 6,305 jobs in three states—California, Nevada and Arizona. The company has its roots in cabinet refacing and also offers one-day bath remodels. In June of 2022, the company was acquired by Audax Private Equity where it was merged with Dallas-based Renovo Home Solutions, which was formed by Audax as a holding company for its acquired companies. Vince talks about his secrets to success in home improvement and about the growth path for Reborn now that it has ready access to capital. It’s a fascinating discussion you won’t want to miss. QR

Marketing Matters: How To Execute A Brand Ambassador...

Marketing Matters: Get More Referrals In 2023