After graduating from college Gary Allen spent three years teaching industrial arts at the local high school in Fort Atkinson, Wisconsin. He eventually became a national sales manager for a company that sold medical-related products but, following nine years of traveling 70 percent of the time for that post, he decided to start his own construction company in Madison, Wisconsin. 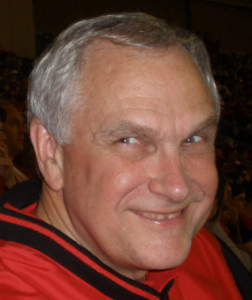 “I bought a small countertop shop to start with,” says Allen, who had built houses with his father while growing up and founded Allen Kitchen & Bath in 1980. “We almost immediately got into cabinets. It was several years before we focused on being a remodeler rather than just a vendor of cabinets and countertops. We continued with sales to new construction [and] commercial work.”

The company got burned on some commercial projects during the economic downturn, he adds, and sought more consistency in home remodeling. “The mix of what people remodel changes in a recession, but they still remodel because some of it is maintenance-driven and not just, I’d like to do that. And bathrooms certainly lend themselves very effectively to the maintenance aspect.”

Allen primarily worked on bathrooms throughout the Great Recession and opened another office and showroom in Brookfield about 10 years ago. Home shows continue to be the No. 1 source of leads for the company, he notes, and over a spring weekend in Brookfield anywhere from 100 to 200 people will tour one of its remodeled kitchens or bathrooms—more than a show in Madison.

“It’s a one-on-one discussion at that point,” says Allen, who mentions that Brookfield has a show in the fall as well. “It’s a way to really qualify some leads, and for them to really get to know us.”

After three or four years of doing more kitchens, bathroom projects have been surging lately, he adds. The company also has taken on a handful of basements especially when the job calls for a bathroom, which can help Allen get his foot in the door with a customer. Homeowners, however, have been spending less on projects as they expect the economy to start regressing later this year.

“[We’ll] quote the entire kitchen, and then all of a sudden the clients cut back,” says Allen, who has heard complaints from his salespeople recently about smaller jobs. “[Customers] say, ‘Well, how about if we keep the cabinets, and we don’t move the refrigerator?’ So instead of a $40,000 sale, you’ve got maybe a $20,000 sale—and [that] definitely impacts the overall dollars of sales.”

The company grew 31 percent in 2018 and forecasted nearly $6 million in sales for 2019, but the difficulty of finding carpenters and field staff to do the additional work weighed down its efforts. “That growth was more than we could chew on,” he explains. “The idea of continuing that to the next year kind of bit us in the butt, and it was time to pause and get our feet back on the ground.”

Allen ran an advertisement online for an installer in his countertop shop, for example, but could not pull any of the 28 applications. None of them had enough woodworking talent or experience to even be a helper, he notes. The company now hires carpenter assistants and assigns them to a lead carpenter for training, so that they can learn the craft and become a lead carpenter in a few years.

“The real challenge there is how do you pick the person who you think is going to stick with you and be able to develop into that lead carpenter position?” Allen says. “But for sure [it’s] bringing people in at an assistant or apprentice level. Maybe it’s my educational background, but to me that’s the route we have to go at this point because we can’t hire the talent level that we want.”

Fewer home sales, whether new or existing, have also been dragging down business because they often trigger remodeling projects, he adds. “You know, fix it up to sell it or remodel it after you bought it. Few people buy a home that is exactly the way they want it. People who want to sell aren’t listing their house; they’re afraid they can’t buy a house that will be of better value to them.”

After 40 years in business, Allen recognizes the need to learn every day, particularly about new products and retaining employees. “We’re definitely providing more perks for our staff, whether it’s tickets to ballgames or more picnics and outings—things that will create some camaraderie.

“The worst challenge is if you lose a staff member, it’s going to be a nightmare trying to replace them, and then you’ve got to train [somebody new] to boot,” he says. “It’s a combination of pay structure [and] the culture of the company and camaraderie. If you feel like you’re part of a team or group, you’re more inclined to stay with it.” QR