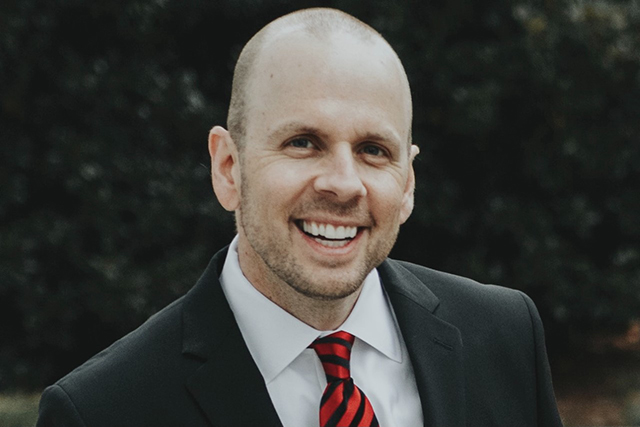 As a teenager in Arkansas, Mike Allbritton played on a baseball team sponsored by a local home improvement company. He began working there during high school to pay for college but stayed on board and eventually became vice president on the retail side of the business, Windows USA. In 2011, the family who owned the company sold the business to Allbritton and three colleagues.

“All four of us had grown up in the business together, so it wasn’t [as if] there were any outside people coming in,” says Allbritton, now president of Windows USA. “I had served as the vice president on the side of the retail side of the business, and we also had our own manufacturing company—Window Mart. Robert Tankersley, who is one of my partners, he was vice president of Window Mart. We have two other partners; one was the head of installation [Eric Oliver], and one was the head of sales [Ryan Guthrie]. The four of us came together, and we took the reins.”

After making their purchase, the new owners brought more technology into the way the company goes to market and focused on rebuilding its infrastructure. They sought to incorporate stable and controlled growth, so the business would always perform better than the previous year. Last year, they partnered with HIG Capital, who can assist future growth as their parent holdings company.

“We had been courted for so long by many groups out there who were invested in our industry,” Allbritton explains. “The reason we ended up engaging in this relationship is that we realized we know how to grow our company year after year, but what we weren’t experts in is how to scale it. And there’s a big difference. So, we decided to embark on this partnership, and it’s been exciting. It’s going to be exciting to see where we go from here. We have some big plans on the horizon.”

Allbritton predicts the business will make acquisitions under its brand and continue to expand its geographical footprint. The company already has opened a corporate office in Dallas-Fort Worth in addition to its headquarters in Royal, Arkansas, where it operates a stand-alone manufacturing business [Window Mart] as well as its own logistics company—WinTransport. The heart of its people will remain in Arkansas, however, while the business builds out from Dallas-Fort Worth, he says.

“One thing that we’ll never deviate from is the culture that we created,” Allbritton notes. “That’s the most important thing to us above and beyond everything else we do is the culture we created inside [the company] with our people. You come in and focus on serving each other; you focus on serving the customers. And the better I do it, the better they’re going to serve our customers.”

Although many lenders offer staged funding during a home improvement project, Windows USA will not accept payment from a lender or a customer directly until the job has been completed, he adds. The company wants to ensure the product and installation over-delivers on the promise that it makes to the customer, whether through their interaction, scheduling, installation or follow-up.

“For a lot of companies out there, the moment that they put in the last window is the end of the relationship,” Allbritton says. “To us, it’s just beginning because we drive most of our business. The majority of everything in our business is driven by referrals from our existing customers. No company is going to be able to say that unless you really put your money where your mouth is.”

Vertical integration has been a comparative benefit for the company, he explains. “We wanted to control the product that we deliver to our customers; we wanted to control the price point. We believed that we could make the highest-quality vinyl window product or vinyl window system in the country and sell it at a very competitive price to our consumers if we could manufacture it ourselves. Before embarking on our own manufacturing venture, we were just like everyone else [in home improvement], using third-party suppliers that we were purchasing our product from.”

The company had much to learn, however, before successfully integrating its own manufacturing capabilities into the organization. “Most manufacturers try to get into retail from a manufacturing mindset,” Allbritton says. “We were on the retail side of the business, [so] our main go-to-market manufacturing strategies were born from a retail philosophy, a direct-to-consumer philosophy of what does the consumer want? And how can we deliver the highest-quality product that we could possibly make with state-of-the-art technology? Why can’t we deliver it at a competitive price?

“If we make it ourselves and we sell enough volume, then we can leverage our suppliers to get the components and extrusions and everything we need at a competitive price,” he adds. “That’s what we were able to accomplish.” QR