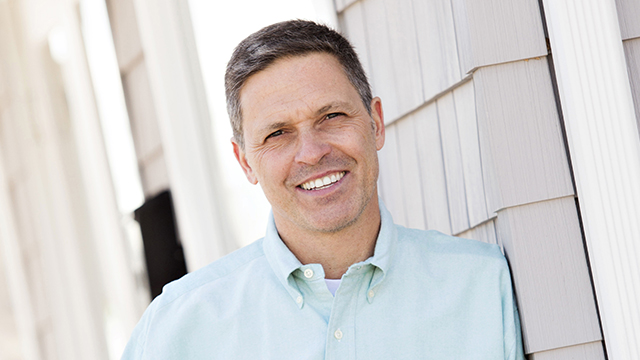 As a college student at the New York Institute of Technology, Louis Pagnutti started working for a decking company. He enjoyed being outside and moving from one jobsite to the next every few days, so after graduating with a degree in economics and a minor in business he founded his own decking firm, Decks Unique, which has served Long Island homeowners for more than 30 years.

“When we first started, we did a little of everything,” says Pagnutti, who used to assist his father, a mason, while he worked on high rises in Manhattan. “What I found over the years was that you can’t be good at everything; your men can’t be good at everything. It was very hard to go from a deck to a kitchen to a dormer—the guys couldn’t do it efficiently. Little by little we figured that out, and we just stuck with decks. Got good at it, got fast at it, and that’s where the money was.”

Pagnutti knew the construction side of the business because he ran a crew at the company where he worked during school. The formal education he received enabled him to understand the other part of his line. “I always saw myself as a business guy first and a carpenter second, when most people in this industry see themselves as a carpenter first and a businessman second,” he notes.

“I was always big on process—the way to do things. This is the way we do it; do it that way,” he continues. “You always learn as you go, and you implement different procedures. When we first started, it was me and a guy for a very long time. Thirty-two years later, it’s me and eight guys.”

The biggest change in the decking industry has been a multitude of new materials and innovative products from manufacturers who respond to consumer trends, he adds. Once they began selling composite boards, for example, Pagnutti realized the growing interest among homeowners. Now his company builds extensive decks with curved boards and glass railings that preserve views.

“Thirty years ago, it was great because all you built was cedar or pressure-treated decks—end of story,” he says. “Today, there are dozens and dozens of products that people can pick from, with dozens and dozens of colors and rail selections. It’s a logistical nightmare for a deck builder—to show people all these products and know about all of them. People go [online] and ask about this product that isn’t available in your area. You need to know about it—and know how to install it.”

Decks Unique collaborates with many manufacturers to learn more about new products and how to install them properly. Each company visits its showroom every year to introduce products and review installation requirements, Pagnutti explains. Even decking such as Trex, which Decks Unique has been using for more than 20 years, benefits from an overview of its product, he adds.

In addition to Trex, the firm also installs TimberTech and AZEK composite, as well as hardwood (ipe in particular) and Southern yellow pine. Decks Unique will take on pavilions, trellises, pool houses and outdoor kitchens, but the company does not complete any landscaping or hardscapes, Pagnutti says. He values customer service from vendors and typically recommends a Weber grill.

“[Homeowners] are looking more for a design that reflects their house and their interests; I see a lot of that,” Pagnutti notes. “It’s getting to be a style thing—it’s not just a deck anymore. We’re taking down composite decks now and redoing them because someone buys a new house, moves in and doesn’t like it, [so] they redo it. The composite industry, it hasn’t slowed down building.”

More home improvement firms have started offering deck building services as a result, although their pricing tends to be higher because of inefficiencies, he adds. The primary competition comes from other decking contractors in the area. Finding qualified labor, however, has become a bigger challenge for Decks Unique, especially as the company prepares for a busy time of year.

“We usually stay around the six- to eight-week mark,” Pagnutti explains. “We try not to get any further than that because people, especially with decks in the summertime, people want it when they want it. We do turn down work and pass on work because we just can’t get it done quickly enough when it’s in the season. It’s crazy from April 1 to July 1; our phone rings off the hook.”

After being in “grow mode” for the first 20 years, Decks Unique has found a sweet spot around $3 million annually, he says. Even if the company wanted to expand, the inability to hire people would hamper that plan. “Usually the bigger you get, the more fat there is,” Pagnutti notes. “If I can stay right around [$3 million], and make the margins [that] I’m making, I’ll be very happy.” QR