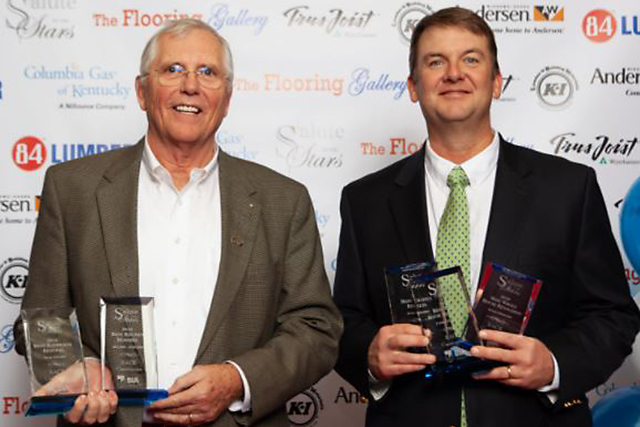 After a few years in civil engineering, Rob Hundley changed his major to construction science and management and never looked back. Although his father—a custom homebuilder—tried to guide him toward another vocation, Hundley had been building decks and doing handyman jobs for people on the weekends. Following graduation, he secured a position at BACK Construction.

“That was when the personal computer started becoming mainstream. I had estimating software, scheduling software—the whole kit and kaboodle,” recalls Hundley, who joined the full-service remodeling business in 1994. “They were still using DOS [disc-operating system] computers and hadn’t jumped into technology with both feet; so when I first started, I worked out in the field for half the day then I was in the office, helping the head sales guy with his estimates and proposals.

“Since I had the technology background formally through school, we were able to quickly ramp up and change the way that we estimated projects, sold projects and proposed projects, which created a lot of efficiencies. Pretty soon we found ourselves in the position where we were able to sell a lot more work.”

The additional jobs gave Hundley an opportunity to run a few of them as project manager, one of his long-term goals. Over the next four years he filled a number of roles and wore many different hats for the business. In 1998 president Kyle Whalen and another partner offered Hundley equity in the company, and today he and Whalen lead the day-to-day operations.

Earlier this year, the company saw a natural pullback from consumers as COVID-19 took hold in the U.S., and several jobs under contract were canceled outright, he notes. A few clients put their projects on hold until the health crisis improved, and others fretted about personal finances while the stock market tumbled.

“There was a lot of anxiety surrounding what the future might look like. And we probably spent about a month really scrambling and working hard to keep everybody working,” Hundley says. “One of the benefits we have here at BACK Construction is we have our five divisions of work. Having the presence to do the small jobs and having a healthy backlog, we were able to maintain during that time period until demand picked back up—but it was an initial shock to the system.”

BACK Construction remained confident in its ability to weather the storm because the company had survived the Great Recession, he adds. Despite not knowing how long this downturn would last, the business did not alter its projections or budgets. Now, the pipeline for work would rival last year as homeowners become more comfortable with the status quo and pursue projects.

“Interest rates are still extremely low, [and] home values are going up in our marketplace. A lot of industries and professional service like ours are actually doing very well through this pandemic, so there is disposable income out there,” Hundley explains. “And then you factor in people have been cooped up in their home more often and had to spend a lot more time there.”

At the onset of the pandemic, BACK Construction began sharing on social media outdoor projects the company could complete without entering a home. The posts generated considerable interest among consumers over six-to-eight weeks and has contributed to the gradual increase of outdoor living as a part of the business, which comprises design-build additions, kitchens, baths and whole-house jobs, Hundley notes.

“The majority of people are excited to have work going on in their house and are not overly concerned with COVID; of course, we take all the necessary precautions and really emphasize cleanliness with our team and everybody we encounter,” he says. “But there’s still a fair amount who are hesitant.”

Many clients want to know how the company will complete their project when they call about a potential job, Hundley adds. BACK Construction tries to set up separate entrances, makes use of plastic dividers and negative air pressure machines, and conducts a thorough cleaning at the end of each day as well as the conclusion of the project.

“We have a fantastic, hands-on field staff here,” he says. “Moving forward with our in-house workforce is really going to further help us down the road. While others might not be able to have a [subcontractor] come in, we’re able to complete all projects and maintain the necessary quality.” QR