No. 306 Jerry Harris Remodeling educates prospective clients on the realities of renovation projects that can improve their house and lives. 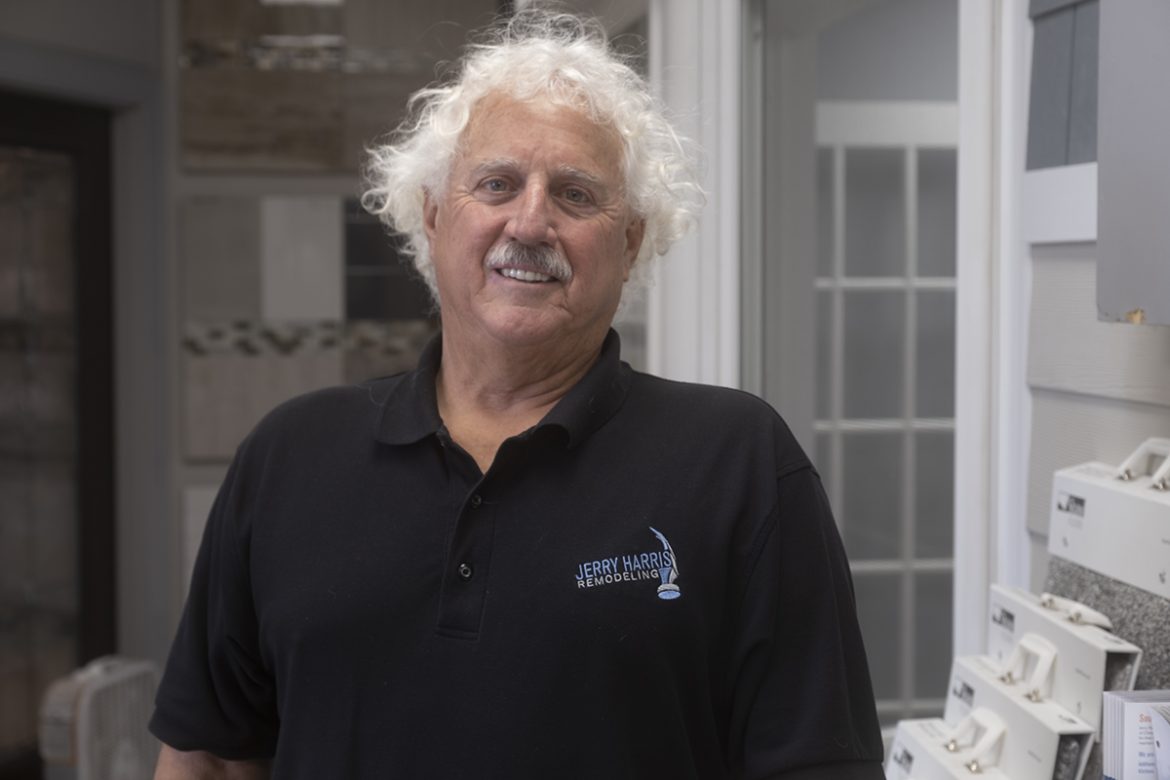 Jerry Harris fell into the home remodeling industry by accident. He and his wife, Janet, moved to Chesapeake, Virginia, in 1983, so that he could ride submarines for the U.S. Navy. As they began buying and fixing up rental properties around their house, neighbors started asking Jerry to work on their homes too. Before he knew it, Jerry and Janet had established a business: Jerry Harris Remodeling.

“I was just concentrating on making a living,” says Jerry, who founded the company in 1985. “I didn’t have any volume goals early on—I learned that you set a goal and work backwards from that and put all your various variables into it, then make sure you’re hitting your variables. Once I saw that if you hit your variables, you reach your goal, it became the way I was doing business.”

He also learned quickly that he needed an estimating system after doing everything by hand and typing up contracts on a typewriter. “I had to get somebody to assemble a computer for me because you couldn’t really just go get a computer [at the time],” Jerry notes. “So, I had a word processor that I started doing my contracts and things on, and my wife helped me with the books.

“But she’s not a bookkeeper, and after a very short time, I realized that I needed some [more] help,” he adds. “I went out and hired a bookkeeper, and that’s when I realized I’m not going to be able to do this by myself. I knew there was no way I could do it this haphazardly and make a business out of it. I started going to remodeling shows; I read the magazines. I just immersed myself in the business side of it—taking [all] those things and applying them to my situation.”

The company avoided any kind of shutdown during the onset of COVID-19, although a number of outside forces—including supply chain delays—have affected its process, Jerry says. “We’ve got to schedule these jobs out longer because it’s taking longer to get [materials]. After the first few months of [issues], we realized what we were up against and changed, so we could carry on.”

Closing rates had to be adjusted down as the average job size increased, and more people opted to stay in their homes, he notes. “A lot of our clients today, they never intended to remodel; most of our clients always thought they would be moving [in the future]. They just assumed that they would raise their kids and then they would downsize to something [else]. But they’re not doing that.

“So, they want everything,” Jerry says. “They want what they’ve been seeing at home shows, in the magazines, and on TV. That’s what they want because now they’ve made the decision that they’re going to stay in their house for a lot longer, and they want it beautiful. That’s their main motivator right now—it’s really personal because the dynamics in each house are different.”

Sometimes more than one person needs to be able to cook, for example, or they always wanted a certain kind of appliance, he adds. “We pretty much go in and tell them, ‘The sky’s the limit on what you want. We can do anything to your house. Don’t worry if it’s a load-bearing wall; don’t worry about that stuff. Our modern [techniques] can take care of it. Just tell us what you want.’”

Jerry runs many leads in which the appointment becomes “educational,” and the company does not mind enlightening homeowners even if they decide not to pursue a project. “If we can go in and educate them that they’re in an overhaul, and these are the challenges and the things they can do with their home, and this is about what it’s going to cost them, it at least keeps them in reality.

“As they’re planning and dreaming and moving forward, they’ll be able to make a practical decision on how they’re going to remodel the house,” he says. “And hopefully when they get ready, they’ll call us. But it’s not a disappointment to us that we don’t make a sale. It’s a bonus for us that we get to go out there and educate somebody, and then maybe they’ll remember us later.” QR