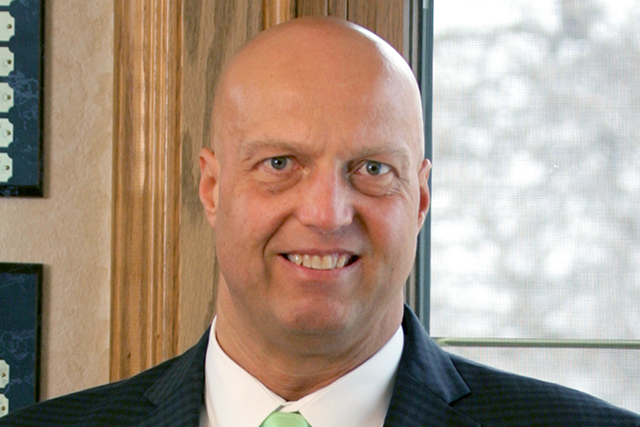 Following his service in the Marine Corps, Robert Quillen worked in the insurance industry for a few years before entering the home improvement business. He took on a job as a salesperson and sales trainer and, after just six months, accepted an offer to become a co-partner of the company. From there, Quillen helped build its revenue from $2.5 million to $6.3 million annually, he notes.

“When I started my company, I said I want to clean up the industry and want to give it a better, cleaner image. I want to be known as the Fifth Third of the industry. And so, everything for us has been image- and customer-conscious. It’s all about self-development and teaching life skills. You’ve got to find the right people, and then you have to work on the processes and procedures.”

From 2003 to 2010 Quillen offered a gutter system, but otherwise the company has installed only replacement windows and patio doors. “If you have laser-beam focus on one product, you don’t dilute your marketing plan,” he explains. “And the window business, to me, is simple [compared to other replacement products]. So, I like simple, and it has just become effective and profitable.”

Although the business model remains identical, the way Quillen acquires leads has changed over time—especially in the past year. Before the COVID-19 pandemic, about 50 percent of leads for the company flowed from home shows and events. Another 15 percent were previous customers, he notes, while anywhere from 10 to 15 percent of leads came through referrals made by clients.

Quillen also created an ambassador program in which a company representative visits jobsites to canvass for additional work. This “hybrid canvassing” generates about $1 million in sales every year, he says, and became the foundation for his business model. “My shows and event volume this year took a dramatic hit, but I increased my previous customer sales by more than $400,000.

“I increased my referral sales, [and] I increased my ambassador sales, so I offset that,” he adds. “And actually, at the end of September of this year, we were within $25,000 of where we were last year. Our sales volume has not dropped—it’s actually $25,000 higher than it was last year. When people ask me, ‘How are you doing?’ I say, ‘I’m blessed and I’m tired’ because I’m doing the same amount of volume, but we are honestly working 200 percent harder this year to do it.”

In the last couple of months, the company has seen material prices climb as organizations struggle to produce with a depleted workforce. “No matter where you go, you’re gauged on something for pricing because of low demand, low quality, low supply,” Quillen explains. “Manufacturers and suppliers can’t keep people working. Trucking companies that deliver the product can’t [either].”

Despite the challenge, Quillen will continue to fill up his marketing and sales funnel as he waits for the situation to improve. The company has survived tumultuous periods such as 9/11 and the Great Recession, he notes, and remained extremely profitable. “This is new, uncharted territory; but hey, that’s why ships were made to sail. We belong in the sea—we don’t belong on land.

“You have to be battle tested, and your management staff cannot have this ‘hunker in a bunker’ mentality,” he adds. “In March and April, a lot of home improvement owners, they were not thermostats. They were more like thermometers. They only read the temperature of the media, customers and their employees—and went with how they wanted it to go. They have to be the thermostat; they have to regulate temperature. So, when the temperature of your company and your customers is cold, you’ve got to warm it up. And when it’s hot, you’ve got to cool it down.”

In lieu of shows and events, Quillen has “focused on putting the accelerator down” and working aggressively to boost outbound leads as well as his ambassador program. The company also has been training salespeople on different pitches to make in the house and follow-through processes to help increase referrals. “We’ve just become better at what we were already good at,” he notes.

“I really think it’s an opportunity to reassess your business, improve your internal systems and just become better at the little things.” QR