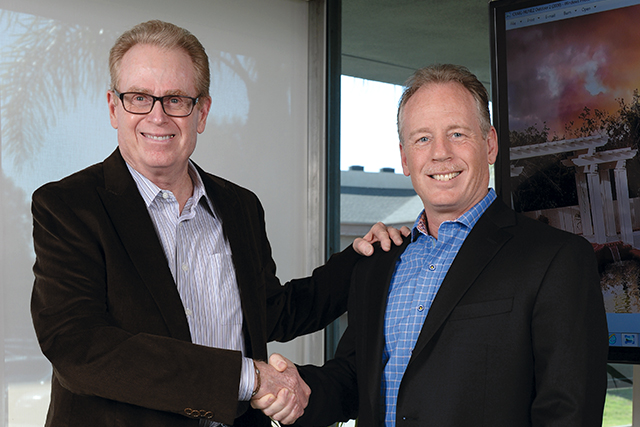 Gary Marrokal ran projects for some of the largest remodelers in San Diego before he started his own company in 1981. After six or seven years in business he was managing 11 jobs, but the phone kept ringing, so he brought on Bruce Howard. Back then the average project was $28,000; last year, the company averaged $388,000 and has sold an average of $500,000 in 2021, Marrokal says.

“I used to sell the old-fashioned way and go to their home at six o’clock at night, leave at 8:30 p.m. and hope I had that signed contract on my seat as I was driving home,” recalls Marrokal, founder and co-owner of Marrokal Design & Remodeling in San Diego. “So, what caused the company to grow? I never really pushed for growth. What grew the company were referrals.”

He learned the design-build business model from Alex Dean, president and CEO of The Alexander Group in Bethesda, Maryland. Marrokal Design & Remodeling became the first design-build remodeler in San Diego, he notes, and it asks for a retainer to cover an evaluation of the home as well as which features the homeowner wants. Then, the company designs the project and proceeds into a contract.

“It’s an advantage for us and the client,” Marrokal explains. “The architects who draw plans are wonderful; but in remodeling, most of the time the project isn’t built because it’s overbudget. We sit down with a client and give them an idea of a bracket where the budget’s going to go. It’s like buying a car—you can go from one extreme to the other. Everyone has a different budget in mind.”

Marrokal Design & Remodeling opened the first design center in San Diego about 15 years ago, he adds, and the location quickly became the main hub for the company. In 2015 Marrokal began thinking about selling the business, but he did not want to exit completely. When industry peer Tom Capizzi, president of Capizzi Home Improvement in Cape Cod, Massachusetts, approached him about the opportunity, they decided to create a partnership, and Capizzi became co-owner of the company.

“I had already set [it] up by delegating to the right people,” Marrokal says. “[Vice President and COO] Lori Bryan has been my right hand now for about 17 years. She had the ability that I could delegate [to her] many years ago, and that’s what I did with my responsibilities. Today, she does what I used to do. On the major issues, Tom and Lori ask for my input, [but] they pretty much handle everything.

“We’ve never been timid about educating [and making sure] everyone has the right tools and the right equipment,” he continues. “You have to polish your team all the time. And the people who run my different departments are the tops—we’re only as good as the people who surround us.”

The company does not refer to its professional trade contractors as subcontractors, and they like to hear that as do the customers, Marrokal notes. “My cabinetmaker has been with me since day one, 40 years [ago]. If your hinges or drawers or something else breaks 10 years from now, they go out and fix it. Why? [Because] it’s the right thing to do. That’s what I learned from my mom and dad. My dad made a career in the Navy, and my mom was a waitress. They knew nothing about business, but they taught me [above all] to always do the right thing. And so, it’s really simple.”

Material prices, especially lumber, have been a challenge for Marrokal Design & Remodeling as the company manages projects in its pipeline, he says. It can take six months or longer to receive a permit, which means the cost for a job will likely be higher once the work actually starts. Many trade contractors have struggled as well because they have never handled so much work, he adds.

“The biggest challenge besides materials and some [trades] taking longer is we’re always looking for architects; we’re always looking for project managers,” Marrokal says. “But here’s the thing: It’s not just manpower. It’s people who are experienced and who have a care-and-try attitude. I think the younger generation is going to wake up one day [because] not many of them are going into construction. Carpenters and electricians, they’re making big money today, which they deserve.

“I’m very fortunate that for 40 years I’ve surrounded myself with the right people,” he continues. “Today, jobs are much more complicated compared to the old days. They’re bigger. Also, clients [have been] more stressed in the last 10 years. When you’re dealing with their most prized possession other than their family, it’s their home. You need to respect that. You’ve got to do the right thing.” QR