No. 225 The Cleary Company seeks to improve the quality of life for employees as well as clients during an ongoing labor shortage. 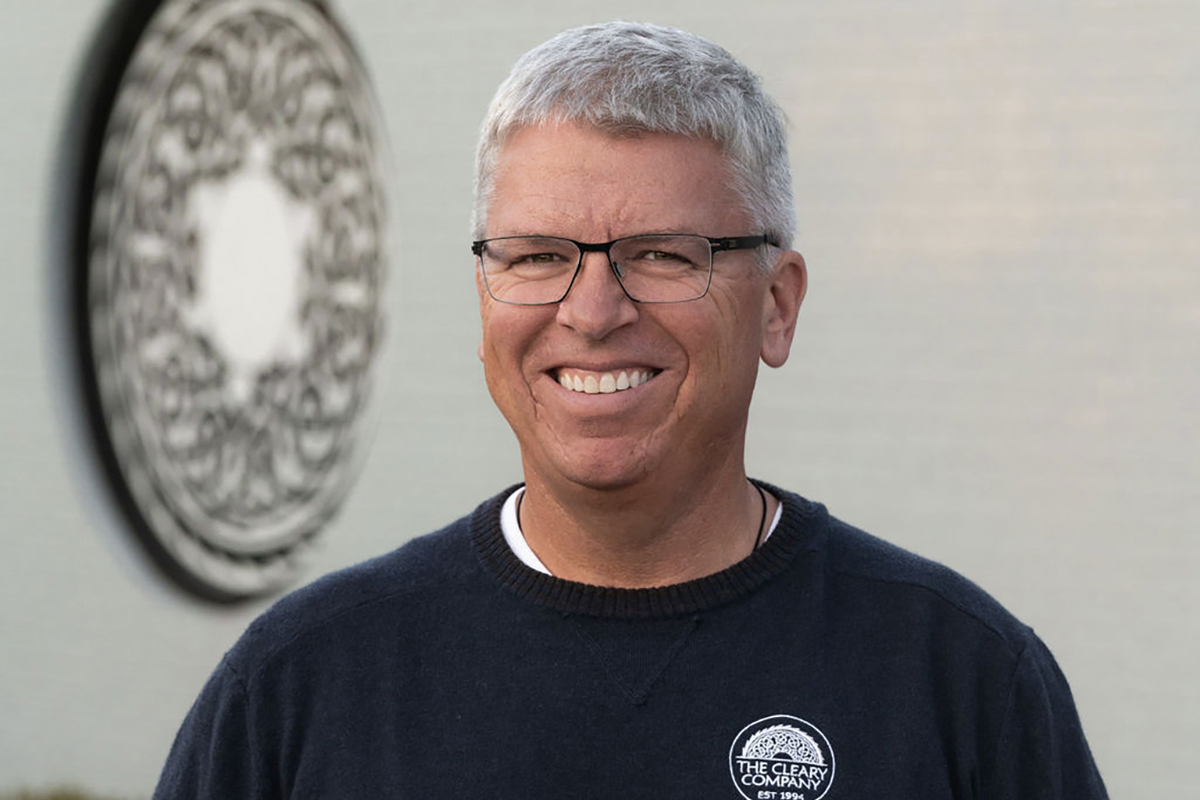 The youngest of six children in a single-parent household, George Cleary began working at 13 or 14 years old to support his family. He labored for his friend’s dad, who flipped houses, and tried to learn the trades while figuring out what all he could do. He quickly developed a love for using his hands to fix, replace and improve outdated living spaces, and it gave him a lot of satisfaction.

“As a youngster, I realized that there was some gratification of seeing things get remodeled—not only for end user, but even for the tradesman, which I was at the time,” recalls Cleary, who went on to deliver and then sell hot tubs before taking a job with a company who did the decks, patios and additions for the hot tubs. “Walking away and seeing the fruits of your labor at the end of a good, hard-working day was always a big benefit. And making a paycheck was a real bonus too.”

He promptly became general manager and completed every sale for the business, growing the company over the next decade. With the encouragement of his wife, Cleary founded his own business—The Cleary Company—in 1994 in Columbus, Ohio. “I value relationships, and I work hard to maintain and to foster relationships,” he explains. “I like working with people, and I like trying to find talent.”

Cleary started by finding proficient tradesmen who could take care of work in the field while he built up the company. His first half-dozen employees were all carpenters, technicians and other types of project managers, he says. Once the company grew to the point where he needed some more assistance, he opted for a better work-life balance and brought in someone to help run the office.

“That’s really when the business started to grow because no matter who you are you have limited capacity. There are only so many hours in the day and so much that you can really do effectively. My success has been just by finding the right people and finding the right positions for them in the org chart,” Cleary notes. “I’ve always been a big believer in the whole Bill Gates theory of finding people who are better at doing things you don’t want to do and getting out of their way.”

Sales volume continued to increase as they improved different aspects of the business, and the company made a couple of key hires for office manager and project manager about seven years ago, he adds. The new employees helped him power through some of the growing pains that had come with scaling up revenue and, as a result, the business is poised to hit $11 million this year.

“We sold well over $11 million [in 2021], but it was either sold late in the fourth quarter, or we did not have the labor,” Cleary says. “At the beginning of the year, we really struggled getting out of the gate to be able to produce. We were selling like crazy, but our production department was understaffed. By the time we replaced people, more sales were continuing to come in, so we needed to hire even more people. The sales are out there; it’s just a matter of getting it produced.”

The shortage of skilled labor raises the importance of not only finding workers, but also training them properly, so they can accomplish what a project requires. At that point, the challenge pivots to the company’s ability to retain its employees while competitors in a similar position try to poach them. A culture founded on ethics and doing the right thing can make a big difference, Cleary notes.

“We’re not here just to make money and to grow a business; we’re here to do the right thing and to improve the quality of people’s lives,” he explains. “One of my key things I like to say is that I like to improve the quality of people’s lives, particularly my employees and then those who work for us—the plumbers and the electricians, the subcontractors, all of those people—we want to make sure that we provide them some place to work that brings them a little joy in their life.”

Product availability, however, has made it increasingly difficult to give customers exactly what they want within their timeframe, he adds. “Sometimes products are going to be delayed to the point where we just can’t wait for them any longer, so then you have to have a client come back in and reselect. They’re frustrated, and what they’ve reselected, they may not be as happy with.

“And now because it’s six weeks later, prices have continued to escalate, so they’re paying more for what they feel is less,” Cleary says. “It’s not been as profitable for most remodelers because we feel like we’re working with one of our hands tied behind our back.” QR