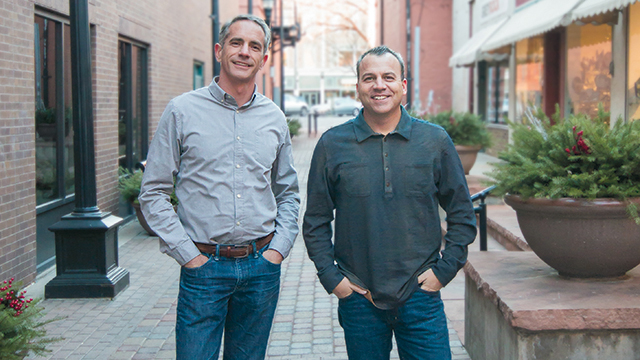 While working for a commercial contractor in the late 1990s, Bryan Soth and Dwight Sailer took on a residential addition—their first project together—and never looked back. They discovered they operated well as a team and founded a company, HighCraft Builders, in Fort Collins, Colorado, in 1998 despite knowing each other for less than three months.

“We both knew that our enjoyment was in residential remodeling, [and we lived] in a community that had very little remodeling going on,” says Sailer, who completed a four-year general carpentry and home construction apprenticeship after high school. The design/build firm now grosses more than $6 million annually in northern Colorado.

The company employs two general managers—one who oversees operations and another who manages design and business development. This framework allows the co-owners to concentrate on building HighCraft, as well as the systems to sustain the organization, without being hampered by day-to-day issues. Four project managers with varying construction backgrounds supervise every new job from start to finish.

“Each project manager runs $1.5 million to $2 million worth of work a year,” Sailer explains. “We’ve never been a company who sells so much work that we can’t take care of our clients.”

In 2003, he and Soth purchased their current office, a brick residence built in 1929, just a block from the campus of Colorado State University. The city of Fort Collins approved their request to recognize the entire building as commercial office space in 2004. Since then, the company has used the iconic property to showcase its craftsmanship, host client meetings and house a design studio filled with material and finish samples.

“We’re known for leading clients through a very thorough and enjoyable process,” says Sailer, who has earned a Certified Green Professional designation. “We work with GuildQuality to measure customer satisfaction, and we use GuildQuality for not just past projects but for projects we did not obtain, to try and understand how we can grow and improve as a company.”

HighCraft generates many leads through its website and online searches, but when the economy floundered in 2009, the company partnered with a local newspaper to write a monthly home building and remodeling column. As a result, Soth and Sailer helped educate readers about the benefits of remodeling, and they maintained market visibility after the housing bubble burst.

“Our monthly column ran for seven years,” adds Sailer, who also credits the company’s blog, social media presence and newsletters for the increased recognition. “All that helped build our brand and establish HighCraft as the remodeling and new construction company to trust in northern Colorado.”

The builder also started a business division called HighCraft Home Services to target repairs and handyman work during the economic downturn. This endeavor produced a number of smaller projects that enabled the company to capture better margins at a time when larger projects, such as a whole-house renovation, became more elusive and often failed to return a satisfactory profit.

“Everything we do is based off what is best for the customer; it’s just being flexible for our client,” Sailer says.

He and Soth have weathered challenging setbacks over the years and worked harder than they ever thought possible, Sailer notes. Through it all, the business partners have managed to remain true to their guiding principle: Deliver the highest-quality workmanship and a superior level of customer service in an industry that can often neglect both fundamentals.

When asked about the secret to HighCraft’s longevity, Sailer responds without hesitation. “It’s simple,” he says. “Our clients always come first.” | QR