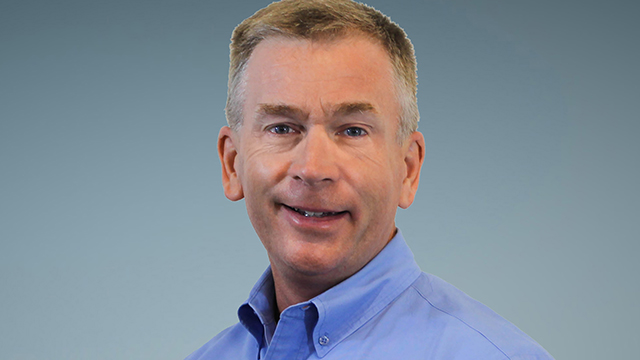 As a senior at the University of Vermont, Dave Bryan wrote down some goals to pursue once he graduated with a business degree. Although he did not get into a training program with Procter & Gamble or Gillette, Bryan set off on a suit-and-tie, 9-to-5 job as an unemployment compensation consultant. Six months later he started his own construction company in Derry, New Hampshire.

“I said to myself, if I wasn’t happy with doing whatever it is I’m doing in six months, I’m going to start my own company,” recalls Bryan, who helped build and remodel houses during the summer and had his own woodshop in high school. “I always worked with my hands. I convinced a guy that I worked for, my direct manager, to leave consulting with me and start a construction company.”

Bryan cherished his summer construction experiences on Martha’s Vineyard, where the image of a black dog adorns restaurants, bakeries and clothing stores. He also has owned only Labradors and often brought them along to jobsites when working on homes, so Bryan ended up naming the company Blackdog Design/Build/Remodel, which serves residents in New Hampshire and Massachusetts.

“I wanted to build a business that was an asset, not just a job—I wanted the business to have value to others when I decided not to run it anymore,” he adds. “Consequently, I didn’t want my name included in it, which I knew would make it more difficult [to transfer someday]. I wanted something that would have a memorable [company name], as well as a logo that had some stickiness to it.”

Bryan and his wife, Brenda, ran the company out of a spare room and a beat-up pickup truck for the first several months in 1989. Eventually they hired team members to help in the field and the office before writing a formal business plan for their first showroom in 1995. They constructed a new office/showroom in 2000 and opened a second office in Amherst, New Hampshire, in 2009.

After just a few years in business, the company adopted a design/build model because Bryan had no intent of bidding to be the lowest price on a job. Providing in-house design consultants helps develop a preliminary design, scope of work and budget, which offers customers more value and can command a better price. Vertical integration has benefited the company as well, Bryan notes.

He launched an affiliate business, Total Basement Finishing, that uses a panelized system to give homeowners another option for their basement remodeling projects. The dealership accounts for $2 million in revenue each year, Bryan says. He also purchased a 14,580-square-foot building on a main road in Nashua, New Hampshire, to open what he calls the Nashua Home Design Center.

“We’ve started our own flooring company, and in that same building we are branding a cabinet shop independently,” explains Bryan, who expects to integrate tile, stone countertops, plumbing fixtures, closet systems and window treatments later this year. “We’ve had a showroom for over 20 years, but it’s not retail-based like this new building, which is more of a destination location.”

The multiple sources of revenue will become symbiotic and feed off each other to contribute to the bottom line, he says. “For the clients that come in and want a vanity cabinet, they probably need tile for the bathroom floor; so they walk down the hallway, and they’re in flooring. And if they need a countertop, they walk the other direction, and they’re in our countertops showroom.

“If I didn’t feel like the business could impact the bottom line, I wouldn’t incorporate it just because I thought it would help us grow,” Bryan adds. “I only incorporate it if I feel like it’s going to help add to the bottom line. But a perfect example is the flooring that we just started. I expect at the end of our first 12 months, we’ll lose money. And that’s fine [as long as] we realize the growth that I expect. We’ll start making profit on it the following year and continue onward.”

For the past 20 years, he has hosted a consumer seminar to help homeowners navigate a positive remodeling experience. Over time, however, fewer people attended the sessions and Bryan could not reach as many homeowners as possible. Ultimately, he and Brenda launched a podcast called “Renovation Made Right,” which they debuted Dec. 1, 2019, and post a new episode each week.

“Fifty percent of people who start some kind of home remodeling work are not happy when it’s done,” he notes. “I realized if we could generate podcast content around that topic—and bring in other experts to round it out and help clients get the tools they need to make choices—then more people could be exposed to that information. And I don’t have to do seminars at night on a Thursday.” QR