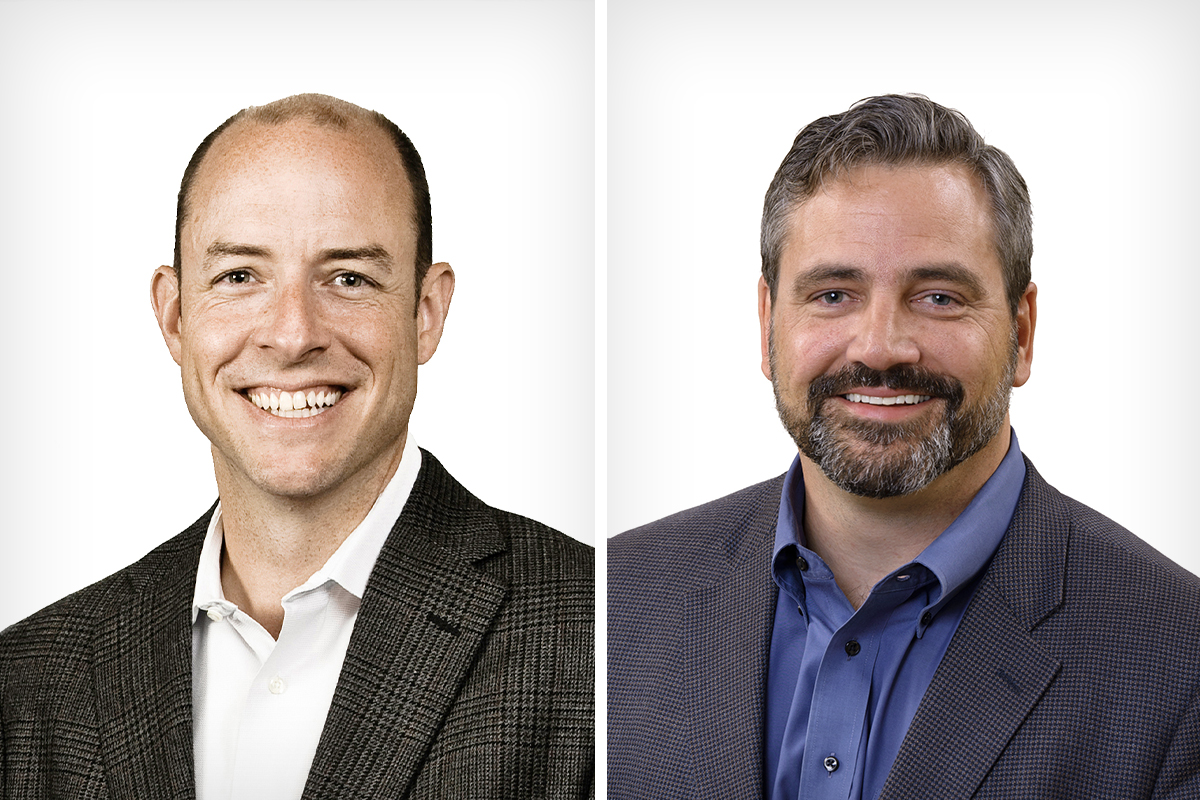 During summers in high school, Craig Durosko and Bob Gallagher labored together to complete projects for homeowners. After graduation, Gallagher went off to college while Durosko attended architecture classes at night and worked for a lumberyard in the winter as he established his own remodeling company. Amid the early 1990s recession, the two met for a drink and some chitchat.

“We were talking about the possibility of doing cash flow projections and things like that just to help during those down times. I think we both realized in that conversation that if we hooked up and went together into this business thing, we could go further than we could have on our own,” says Gallagher, who joined Sun Design in 1993 and managed all its operations until the company put in place an integrator/chief operating officer a few years ago.

“I remember working seven days a week, and it was a real challenge just to keep your head above the water at that time,” recalls Durosko, who founded the company in 1988. “Wearing all the hats in a small business is obviously very draining, so after those conversations with Bob it was a great opportunity where he could come in on the financial and business side, and I could run the production and design and sales side. It was a relief to be able to work as a partnership.”

The two owners, however, began wearing too many hats and learned the value of fleshing out an organizational chart. They saw how often they had to write down their own names for a role and discussed what they would have to do to hire and replace themselves. In 1998 the company grew from 18 to 30 employees, inspiring them to bring everyone together to talk about a shared vision.

“We were hiring people, and they were bringing the culture with them from their previous experiences,” Durosko says. “It was a major shift to define the culture we want here and then hire people that way. A few people left [the company] shortly after that, and I realized that we hadn’t identified our culture when we hired them, and they weren’t really a culture fit. It worked out [because] what was left was this great group of people who had a shared vision and culture. Now we spend a ton of time on hiring, talking about core values and targets, and the onboarding process.”

A big part of their culture encourages personal growth, so Durosko and Gallagher agreed not to place a limit on company expansion. “Human nature [is] we like to be challenged and grow individually. If the company isn’t growing and you have a rock star employee, they will want to leave because the company isn’t growing,” Durosko says. “We always want to be growing, so the individuals in the company can grow and stay. It was a big shift for us—to not grow to a number and stop.”

Sun Design opened an office in McLean, Virginia, in addition to its original location in Burke. The company specialized in solariums before the model energy code called for smarter additions and indoor-outdoor connections, Gallagher says. “We got into design because we realized we could do a lot more with understanding that indoor-outdoor connection,” he adds.

The increase in average job size and workflow during the COVID-19 pandemic has created even more opportunities for improvement, he notes. “This is an up time, so there are some efficiencies and cost controls that people need to have. Often people get out of control at times when they’re going upwards because it just gets out of hand a little bit. Now is the time to figure out what you need to do, so when things tighten down, you know how you’re going to compete in that market.

“When you get into these bigger jobs, there’s only so much time in the day,” Gallagher continues. “Your efficiency on the smaller average job size goes away, or you forget [about it]. The key is to spend time there on purpose now when nobody would want to—and make sure that you’re being productive and efficient in those areas—because you’re going to need those markets soon.”

Embracing virtual meetings with clients as well as employees has contributed to some valuable connections, Durosko says. “How do you keep your company culture when you are all virtual? There’s a perspective that we’ve got to get everyone back together again to keep our culture. I think the opportunity is how do you come up with a hybrid model and still create great culture? Because I don’t think it’s just going to be a switch [flipped], and everyone goes back to work [at the office].” QR