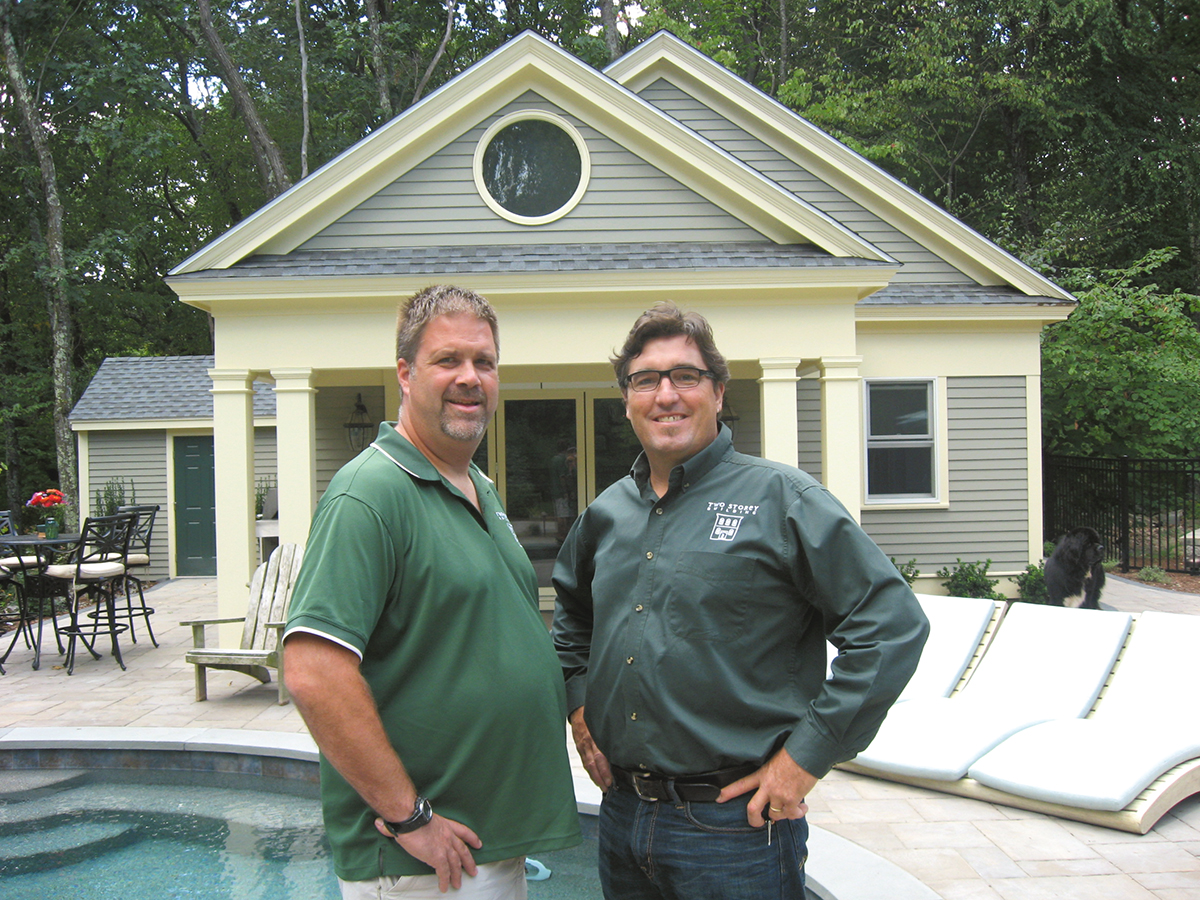 You can tell Bill and Doug Storey are not your average remodelers by the cleverness of their company name, Two Storey Building.

But the beating heart of Two Storey is all business. Together with their only employee, lead carpenter Mat Friend, they run 20 design/build remodeling jobs per year with an average size of $125,000. Typically their jobs are much bigger—in the $300,000 to $400,000 range—with a few smaller projects for previous clients. Most, if not all, of those jobs are designed to be green, sustainable and energy efficient. It’s been a passion for the Storeys since founding the company in 2001.

“We’ve been very committed to green remodeling,” Doug Storey says. “It’s not just a business strategy; it’s because it’s what we believe. At the end of the day, building is a very resource heavy, very energy heavy and very waste-generating industry. And we’ve been conscious of that from day one.”

To that end, they could not have chosen a more suitable design partner than the one they’ve been working with over the last 15 years—Steve Baczek, a leader in green and sustainable building. Baczek is steeped in Passivhaus standards and worked for many years for Building Science Corp alongside building-science guru Joe Lstiburek. It began when the Two Storey/Baczek team designed and built the first Silver-rated LEED certified home in Massachusetts in 2006.

In addition to Baczek’s green and sustainable design credentials, Doug and Bill are also highly credentialed. For many years, they’ve been involved in the Northeast Sustainable Energy Association (NESEA)  and Passivehaus. And both carry Certified Green Professional designations from NAHB.

That is why, of the four big projects that Two Storey is presently managing, “three of them are what I call whole-house remodels and also deep energy retrofits where we completely strip the house down to its bones, start from scratch to give the customer a high-performance home and an older home. And we do a lot of that,” Doug says.

Bill and Doug were on separate tracks professionally for the first 15 years of their professional lives. Doug holds an MBA in marketing from George Washington University and worked at two different advertising agencies before approaching Bill to form the company. Bill had a career in commercial construction prior to teaming up with Doug.

Each year, they build a budget based on the 20 or so jobs that they can best manage. Over the past 10 years, they have generated revenue in excess of $3 million several times, but they generally never fall below $2.5 million. It is their “sweet spot.”

Bill, Doug and Friend each supervise multiple jobs at once. Doug does not carry a tool belt; he runs the business side of things. Bill and Friend chip in with finish carpentry, but everything else is subbed out to trades.

Early on the company saw the benefits of using an “open book” approach with their clients. Customers see their allowances for materials, and they understand where the markup is for Two Storey. “That way if it comes in a little better, then maybe they can spend more on some other part of the project. I’ve been doing this for years, and I found that that approach works well with our typical client.”

Both Storeys are in their 50s, and they see more good years ahead of them, perhaps extending to a second generation in the business. When QR caught up with Doug, he was on the family’s vacation property in Maine, building a boat house with his two sons. “I am just doing it because I love to do it. And I’ve got my sons working on it, which is kind of cool. I want to show them how to do it.” |QR