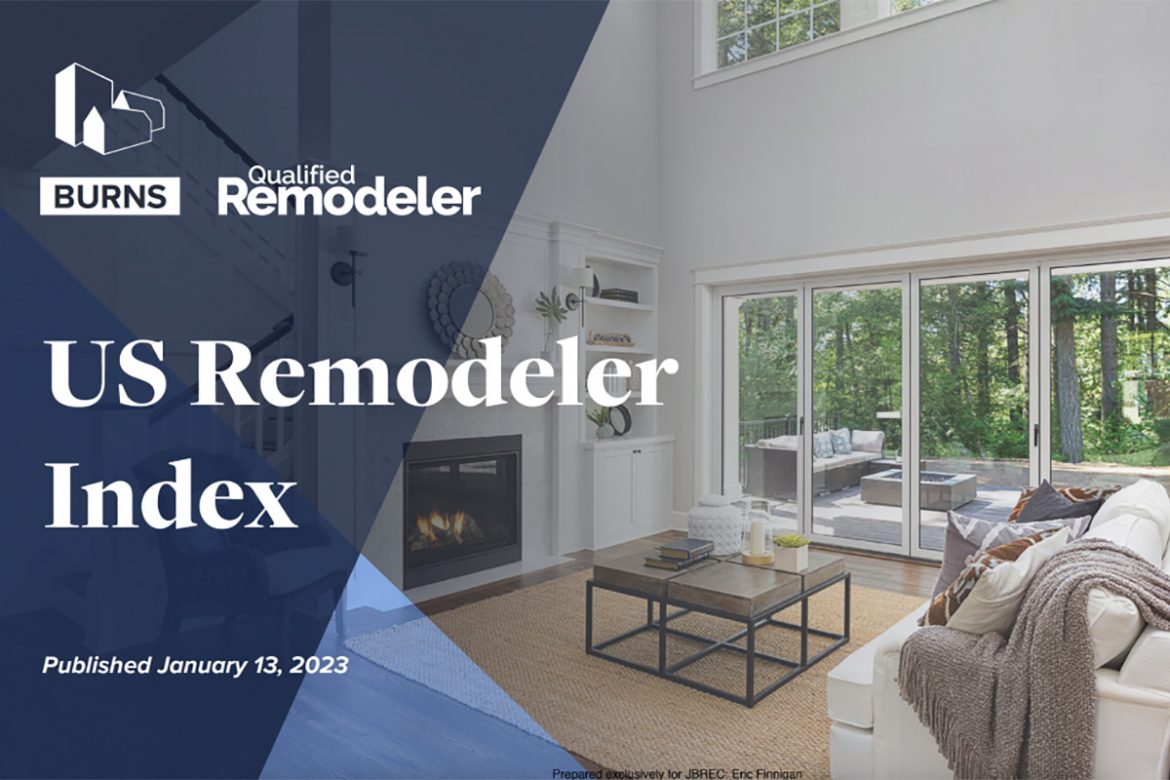 CHICAGO—After two years of running hot—registering eight consecutive quarters of ‘strong’ sentiment in the home improvement market—the U.S. Remodeler Index (USRI) cooled to ‘normal’ levels of growth during the fourth quarter of 2022. The reading is another piece of evidence pointing to a slowdown in the remodeling market.

The USRI recorded an aggregate reading of 58.3 for the quarter. The ‘current activity’ gauge of market sentiment among remodelers and home improvement pros was 59.0 and the ‘near-term’ or three-month outlook for remodeling activity was slightly lower, coming in at 57.3.

The USRI is a diffusion index where any reading over 50 is indicative of growth in the market. The less bullish sentiment reading from remodelers in Q4 is significant because despite a slew of well-known negative factors weighing on the market: higher interest rates, higher prices for building products and a stubbornly tight labor market—remodelers had consistently returned ‘strong’ readings.

The index, which is a collaboration between Qualified Remodeler magazine and John Burns Real Estate Consulting, has offered nine quarterly readings to date. The peak reading came in Q1 2021 when remodeler and home pro sentiment was a very robust 75.2.

In its analysis of the fourth quarter 2022 results, the Burns team said strong project backlogs were keeping remodeling sentiment in positive territory. Their analysis also placed much of its forward-looking guidance on the mood of homeowners. “Hesitancy from homeowners in the face of sharply rising project prices will weigh on project activity going forward,” the Q4 USRI report said.

Among the three primary segments in the home improvement industry, the outlook was varied. Home improvement or specialty-replacement contracting firms remained the most bullish for 2023. As a group, they expect a 7 percent full-year 2023 level of revenue growth.

Following behind them are design-build remodelers who specialize in major, high-budget projects like room additions, whole-house renovations, as well as kitchens and baths. This group indicated that they expect a 4 percent level of revenue growth on average for the coming year.

Full-service remodelers were more tepid in their outlook. These firms are general contractors who are involved in a range of project types from handyman work on up to major projects. This group indicated a 2 percent revenue growth for the year on average. QR